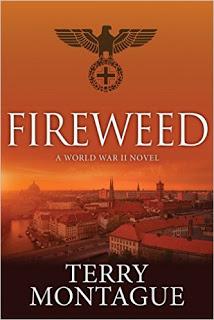 Lisel Spann has dreamed only of wonderful things in her future. Living with her father, sister, and brother in a cramped apartment in Berlin, the small family shares what seems to be an unbreakable spirit of love and security. However, with the rise of the Nazi party and approaching dark clouds of war, any kind of future grows increasingly uncertain. Knowing little of hate and destruction, Lisel is ill prepared as the storms of battle erupt in full fury and loved ones are taken from her as her beautiful city is reduced to rubble.


With fear and despair rising within, it is through her quiet, compassionate father that Lisel discovers faith and hope. Now, in a desperate journey to find her sister, Lisel and her neighbor flee Berlin and the advancing Russians for Frankfurt, a city under the protection of the Allies. But their flight to safety is filled with pain, hunger, and terror. However, with spiritual lessons and blessings from her father, the support of departed loved ones, and her tried but undying faith in a loving Heavenly Father, perhaps Lisel can emerge like the fireweed—rising strong and beautiful from scorched earth —transforming bitterness and despair into a charity that never faileth. 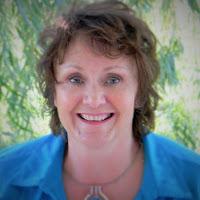 When I was about three, my mom said, “What do you want to be when you grow up?” I think she was expecting me to say, “A mommy, like you.”  Instead, I popped off with, “I want to be a writer.” I can still remember her face.  She said, “Well, don’t you think you need to learn to read first?”
I didn’t think so.

Terry Bohle Montague is a BYU graduate and a free-lance writer, having written for television, radio, newspaper, and magazines including The Ensign and Meridian Magazine.  She has also been published as the author of book length historical non-fiction and fiction.
Her non-fiction work includes the book, Mine Angels Round About, the story of the LDS West German Mission evacuation of 1939 which occurred only days before the Nazi invasion of Poland.
Her LDS fiction, Fireweed, is loosely based on her interviews with the evacuated West German missionaries and their families.
Terry studied with Dwight Swain and Jack Bickham, as well as David Farland. Her writing awards include those from LDS Storymakers, Idaho Writers’ League, and Romance Writers of America.
Social Media Links -
http://www.goodreads.com/author/show/13861974.Terry_Montague
https://www.terrybmontague.com/