#GuestPost #Giveaway #BookBlast: 'Writing Sex in YA versus Sex In Adult' by Stacey O'Neale (author of 'Under His Skin')

Stacey is on a virtual book tour celebrating the release of her new book 'Under His Skin - Book 1', an adult paranormal romance and she was kind enough to prepare a guest post for 'Penny Writes' on the topic of
'Writing Sex in YA versus Sex In Adult'.

"I certainly don’t feel sex is required, but we have to be honest and recognize that a percentage of teens are having sex. As an author, I want to acknowledge the variety of options. In my young adult fantasy series, MORTAL ENCHANTMENT, the heroine is a virgin. The hero is not. They have fooled around, but haven’t had sex. However, there’s another couple in the series that has. If the two main characters do have sex, it will be a closed door scene. That just means the sex is assumed, but the reader doesn’t get to experience the event along with the characters. I don’t feel a scene with graphic detail would be appropriate for that particular audience.

"In the adult or new adult market, the author sets the limit.

"All of the main characters are over the age of eighteen. That means the author can go as far as they want or need to go. There are some books that still use a closed door method. Others choose to describe the sex briefly, but in sweet way. There are also books that get very graphic, treading the line between romance and erotica. In my new book, UNDER HIS SKIN, the sex is very much open door. The reader does get to experience the event. Due to the storyline, the sex is necessary. It plays a major role in the bonding experience between the two main characters. If I didn’t write it, there’s a chunk of the story the reader wouldn’t understand.

"There’s really no right or wrong way to write a sex scenes. It all depends on the type of characters, their particular situation, and what the story requires."

Thank you so much, Stacey! 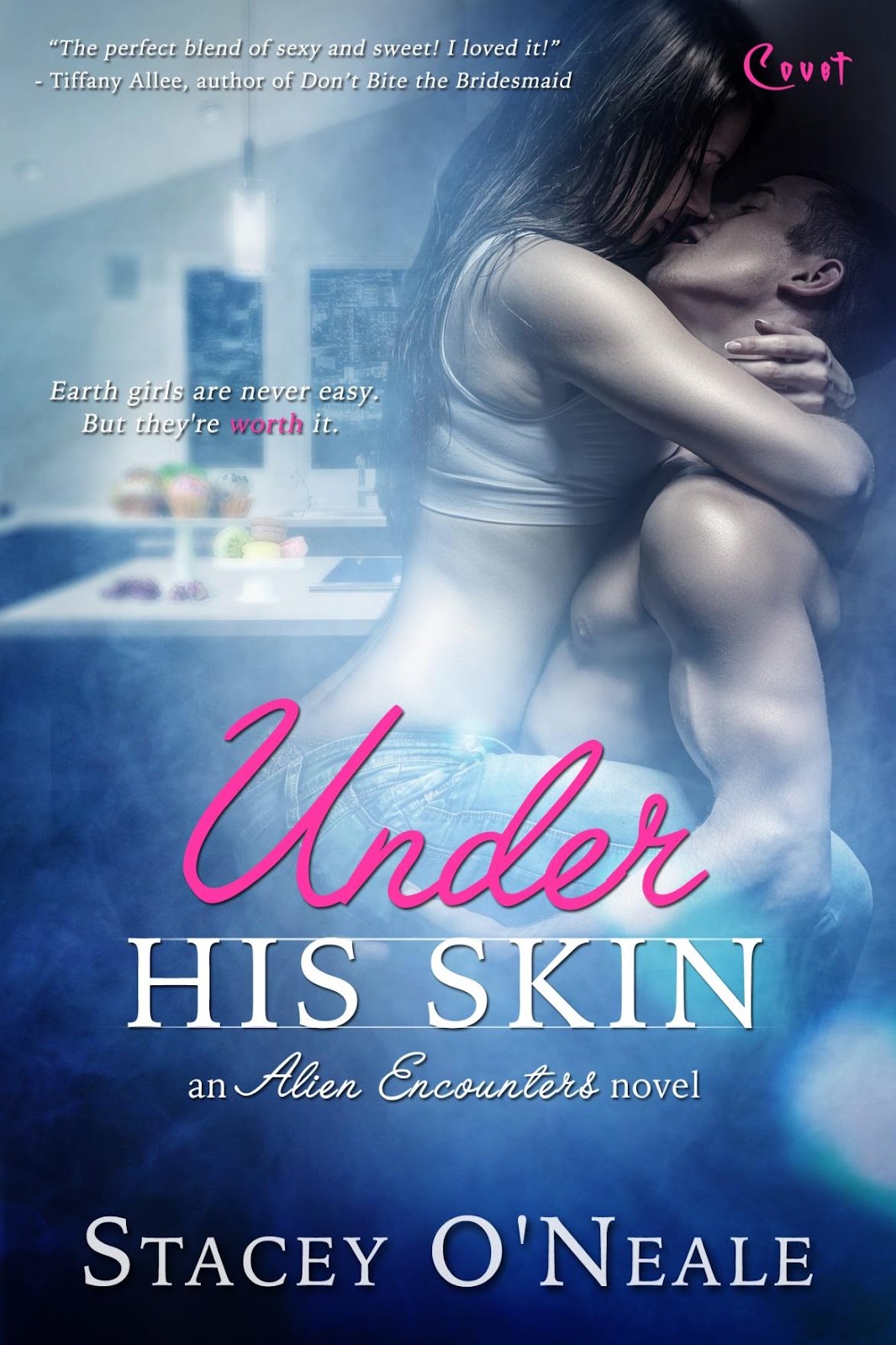 Under His Skin
Alien Encounters
Book One
Stacey O’Neale


Bakery owner Annabelle Sparks’ business is booming ever since she won reality TV's Cupcake Wars. The one thing deflating her happy soufflé? The extremely sexy Kaden Chance only sees her as a best friend–and Annabelle wants so much more. After waiting a year for him recognize their chemistry, she’s giving up and dating other people.
What she doesn't know is Kaden's heart doesn't actually beat. He's not human. Heck, he's not even from Earth. To retain his intergalactic immunity, no one can ever know he is an extraterrestrial. But when Annabelle starts dating, something strange happens to Kaden's unmoved heart: it begins to beat. Now he faces an impossible choice—tell Annabelle the truth and be deported–or lose his last chance at love.

"The moment she opened the bakery door, his blue eyes had filled with desire. No man had ever looked at her so intensely, like at any moment he would rip her clothes off and ravage her on top of one of the tables. Tension built between her legs as his eyes slowly took in every inch of her. But when he’d kissed her—her body exploded. Everything she’d wanted over the last year had come to fruition. Then, just as fast, he’d disappeared." 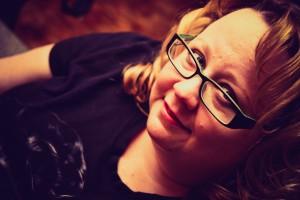 About the Author:
Award-winning author, Stacey O'Neale, lives in Annapolis, Maryland. When she's not writing, she spends her time fangirling over books, blogging, watching fantasy television shows, cheering for the Baltimore Ravens, and hanging out with her husband and daughter.