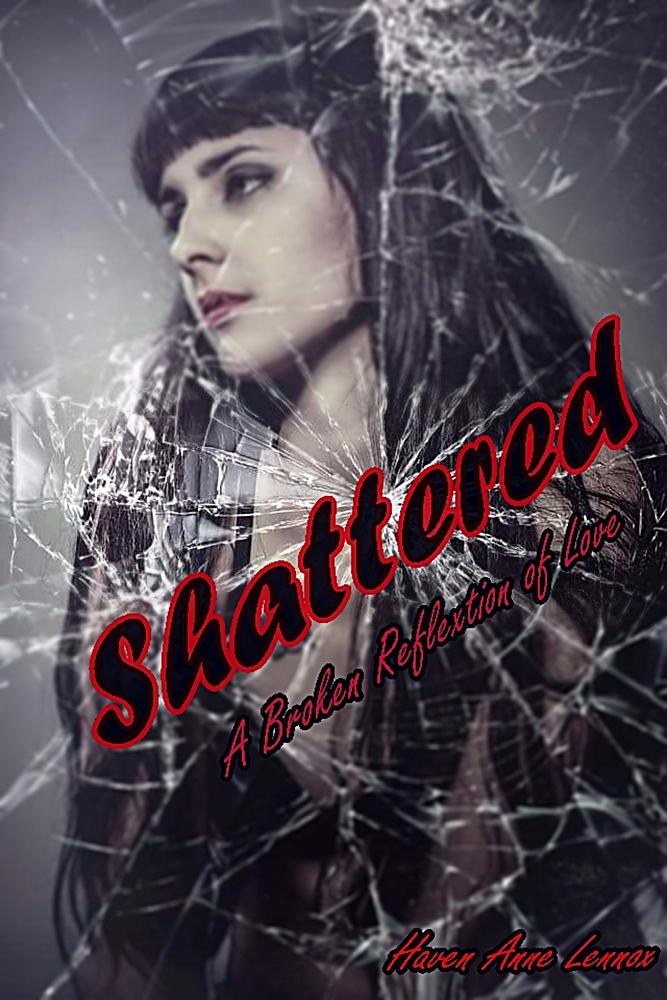 A battered woman.  Redemptive love so close within her grasp.  Decisions to be made.  Rain Childs is the wife of Tyler Childs—abusive husband.  Will she ever be free of him, or will death be the only way out? (Shattered:  A Broken Reflection of Love—dark book with psychological elements and graphic scenes depicting the life of a battered spouse).

Shattered:  A Broken Reflection of Love (Book One of ‘The Twisted Fate Series).
Love is blind, right? Well, it's especially blind when you've got two black eyes and they're swollen shut. Raine knows this all too well. Sometimes, the beatings are so bad that she welcomes death. She longs for it. She just doesn't have the guts to do it herself. She thinks she deserves it. Rather the loving sound of a husband's beating heart as he lays next to her in bed, her home is filled with the sound of the flesh of his fists making contact with her bones.

However, Raine doesn't realize that not ALL men aren't abusive women-haters. Her blackened eyes have kept her from seeing real love--right under her bleeding and broken nose. The man that truly deserved her heart and would treat her like the beautiful soul she is--Liam.

Liam has been in love with her since he first laid his eyes on her. He knows better than to try to force an abused woman to leave their spouse before they're truly ready, but he knows he is running out of time as the beatings are getting worse and worse. Still, he remains steadfast in doing what he can to save her, though he feels it isn't enough.

Will Liam get to her before her soul and body are truly broken forever? Will he be able to save her, or are his efforts in vain? Only time will tell...

Haven Anne Lennox:  Write for the Love of Writing

Haven Anne Lennox.  Juliet Montague (Shakespeare’s Romeo and Juliet) asked “What’s in a name”.  Well, to answer Juliet’s question, a name is nothing more than something we are given to identify us.  Haven Anne Lennox may be just another name, but she is definitely not ‘just another author’.  Ms. Lennox has been reading since before she could remember, but never had the courage to place that pen to paper—until now.
Releasing her debut novel, “Shattered:  A Broken Reflection of Love” (Book 1 of The Twisted Series), she hopes to bring light to something that has been plaguing our first world country for centuries—domestic violence.  Though not all of her books will be so socially conscious, Ms. Lennox wrote this one especially for Domestic Violence Awareness month (October).
As a mother, she hopes that she never has to see her children endure what the Childs’ children have.  Her way of doing that is to write about it to bring awareness.  Instead of another pamphlet—she chose fiction.