#Spotlight: 'Always Have And Always Will' by Stella McLeod 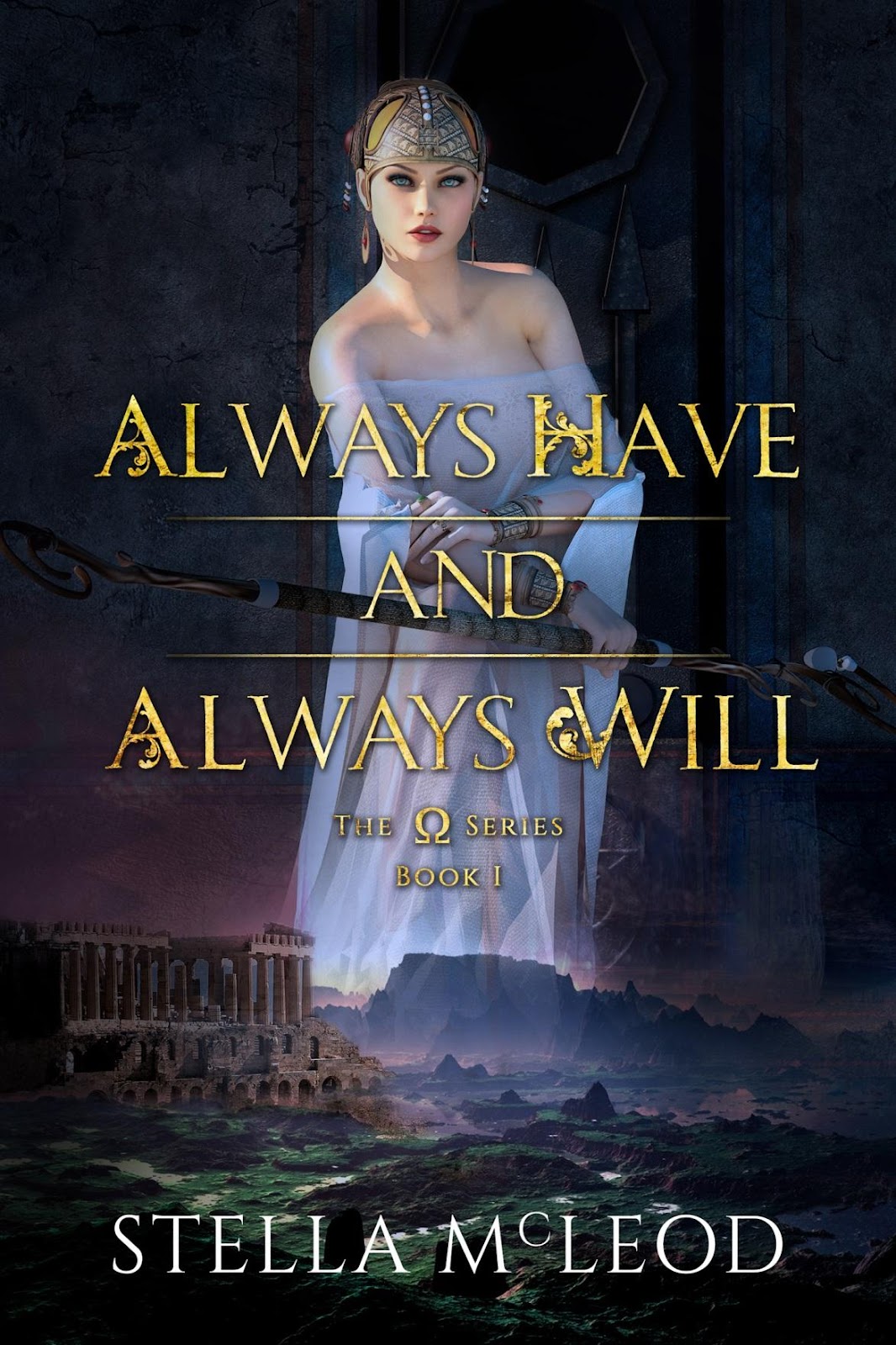 
Reincarnation is easy until you have to face being murdered a second time. A life destroyed 2000 years in the past, a buried Greek temple with the secret to Immortality, ancient families torn apart by betrayal and a modern reincarnated woman who holds the key.


Ana Black thinks a villa on a Greek Island will be the perfect summer holiday but her plans don’t include Alexander Petrakis. He’s an ancient warrior who thinks he’s Immortal, says he’s waited 2000 years for her to return and claims she’s his reincarnated lover, a woman he freely admits he failed to protect in her past life. Even if she believes him and gives him a second chance, what hope he won’t fail her again?


With a past she cannot escape and a future he cannot accept, all they have is the present. Will they find a way or are they both out of time?


“I would rather be tied to the soil as another man’s serf ...than be King of all these dead and destroyed.” ~ HOMER, The Odyssey


When the last shutters close nothing moves but the wind in the trees and the thin fabric of my dress as it drums and billows in the air.
I knew it was a mistake, like my hair. When I’d left it had been neatly arranged in a loose knot and now it’s unraveling out of control. Like my life.
The streets are quiet and everyone is inside but I try not to think about the shitty weather, try to pretend it’s not a bad omen. The oppressive summer heat has given way to warm autumn days that gave no hint of the winter to come, the blue skies were bluer, the air cleaner.
Until today. Today the grey started and rain threatened.
A short while ago I felt safe, now my imagination creates danger where there is none. But it doesn’t matter, just like the rain and mist in the darkening streets don’t matter and the shutters closed against the coming storm don’t matter. The local villagers snug and warm behind those shutters though, are smarter than me.
But I have no choice. I have to meet him or the Greek authorities are going to burn my passport, lock me up and throw away the key.
I rub my arms, not for warmth but to brush away the goose bumps that thinking of Alexander Petrakis brings. I should be scared and I am, I should abandon my crazy plan but I can’t, and if I try walking any faster in these high-heeled shoes skipping the country is going to be a lot harder with a broken leg.
So I keep my head down, watching for rising cobblestones that might trip me up and see a scruffy dog instead. He’s too happy to see me, too sad to be anything but a stray. If he were mine I’d have him inside on a night like this. So I stop for a few minutes to give him a scratch behind the ears and a few words of comfort.
“Gotta go now,” I say shooing him off gently, making promises I can’t keep, watching him amble away with his hunched shoulders and limp tail in search of comfort and shelter he will never find. I walk away fast, think of other things but my hearts racing and breaking for not turning around and not doing the right thing. I should take a lesson from him, do a runner and take him with me. But it’s too late for me for that.
I pass an ancient olive tree that flashes its leaves to me in the wind, flipping them silver to green then silver again, sending me a thousand SOS’s. I ignore their warning and instead look out to sea at the jutting island with its crumbling relic and ancient ruins that fills tourists with awe. I shudder. It makes my flesh crawl and affects my mood. Dark weather stirs dark thoughts, and dark thoughts are perfect for dark deeds.
Across the narrow straight of choppy sea I estimate distance, current, and opportunity. It’s far, but not too far to steer a boat against the tide. I calculate the risk of missing the dock against the likelihood of being smashed against the rocks; glad I didn’t make that mistake.
That mistake I avoided by going the long way around and walking across the long causeway, but I’ve made plenty of others.
He’s chosen the place. I would have preferred the plush Chrisovoulo or the Kastraki for our meeting rather than his stuffy restaurant but he’s insisted, owns it evidently. I guess it doesn’t really matter in the end because I doubt I’ll feel safe anywhere in Greece at the moment. At the moment I just feel betrayed.
I walk along the waterfront then turn into the small lane and make my way carefully up the steps to the Bellagio. I don’t want to open the door. That fact alone should chill me to the bone, instead
I’m on fire, feel slightly sick, getting a temperature maybe. I take a deep breath, push harder and step across the threshold into my future and a blast of hot air where my skin is cold, then hot, then cold again; tingling with dread or excitement, I’m not sure which. My senses are confused. My life is confused. Same old, same old, nothing new tonight then for Ana Black. 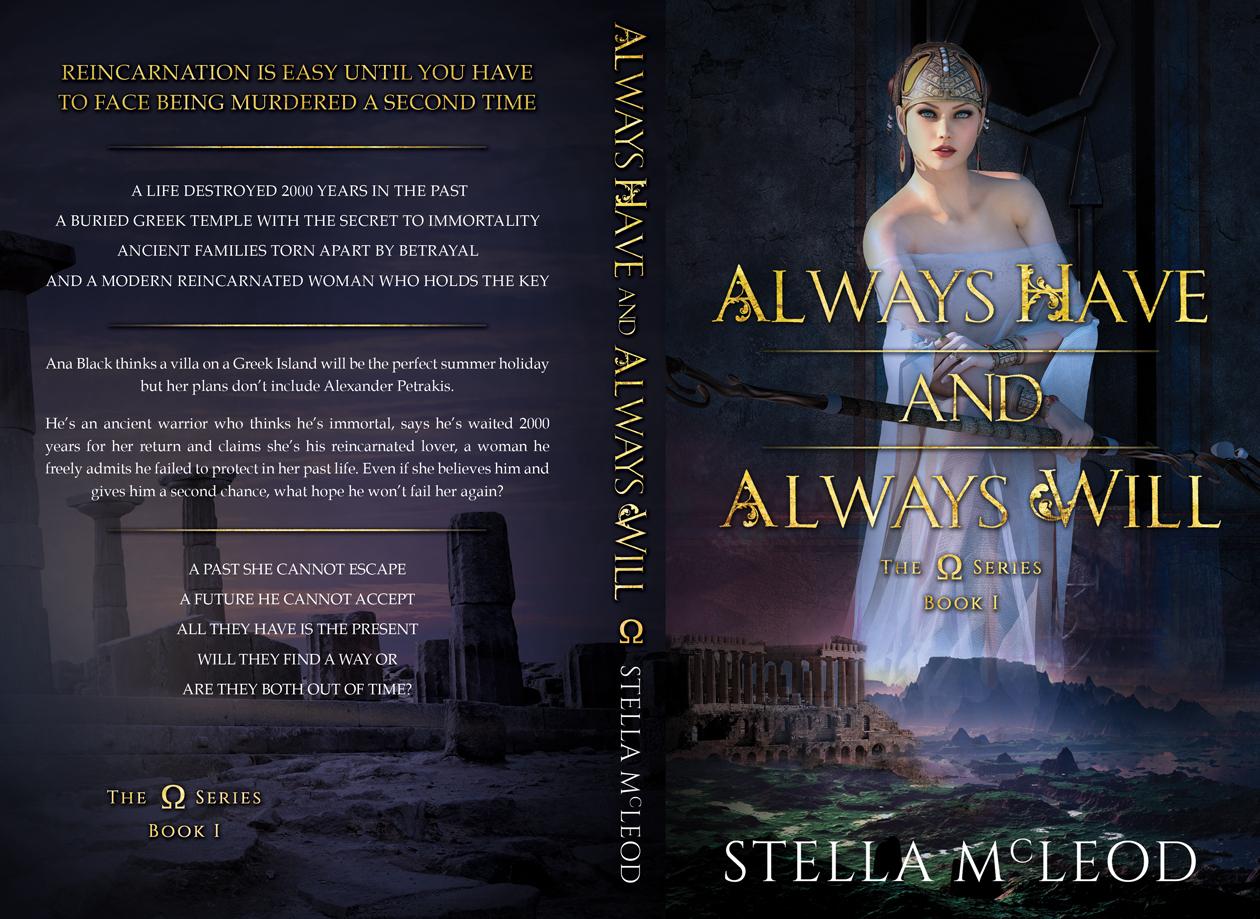 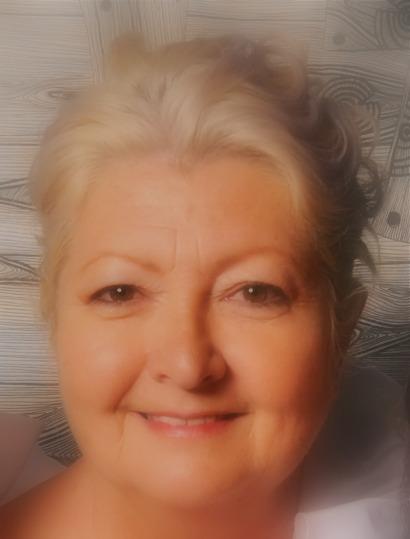 
McLeod’s books deliver exotic and interesting locations with characters flawed in quirky everyday ways and as a Clinical Psychologist, she draws on psychological insights into human behaviour and motivation to bring her story and characters to life. Published for over twenty years in a variety of media including television, books, electronic and print media, with additional qualifications as a London trained chef, food writer and lecturer means her readers will always find psychological complexity, tension and food written into her books. Stella McLeod is a member of the Australian Romance Writers Association.