Liz McCraine is an outdoor enthusiast, military spouse, and mother. She loves to ride horses and go hiking with her family. When she isn't writing or corralling children, Liz enjoys relaxing with a good book and a cup of hot chocolate. Her motto is: If it doesn't have a happy ending, I don't want to read it. 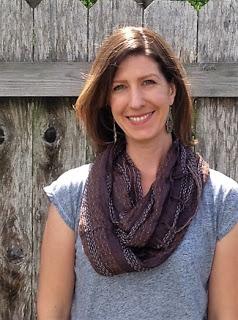 Fairy tales are not a thing of the past. In the kingdom of Aggadorn, seventeen-year-old Larra Stoneworth of the village of Farr discovers she has a strange magical power. But the law for humans having such magic is simple: death. When word of Larra’s gift reaches the palace, the king’s son is sent to capture her and bring her to trial. During their journey from Larra’s small village to the city, Larra faces dangers unlike any she has ever imagined. Though Larra’s magic may seem a threat to some, another far more sinister threat emerges that endangers the life of everyone—even the king himself. An innocent girl with powers she didn’t know she had. A noble prince sent to imprison her. A powerful counselor gone mad with jealousy. An evil plot. A death sentence. And above all, the strength of one young woman to do what is right, no matter the consequences. 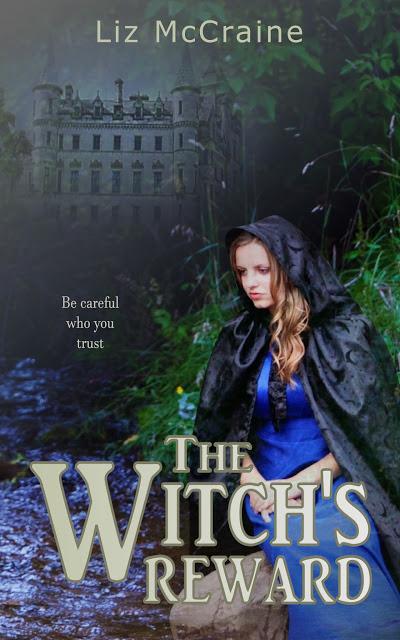 Snippet 1:The cage was made of wood and metal. The wood looked dark and heavy, hewn from the sturdiest of trees. The structure was equal in height as it was in length, the top and bottom separated by long, steel rods four or five feet tall. It was an inescapable prison guaranteed to contain the most dangerous beasts of the forest. Claw marks scratched the floor and impossibly marred the steel, testifying that the cage had been used before, and often. It had been built onto a wagon, and was hitched up to two large draft horses. And as Larra stared, she realized this cage for wild beasts was to be her new home. She was now the animal among the humans.  One of her guards opened the barred door, and before she realized what was happening, she was lifted by the waist and roughly shoved inside. She fell sprawled out on her stomach, the impact against hard wood stunning her before the brief onslaught of pain. Recognizing she was about to be locked in, she struggled to rise, the act difficult without the use of her hands. She quickly moved on her knees toward the door, reaching it just as it slammed shut in her face. No emotion was visible on the faces of the knights as they locked her in. The bright summer sun glinted off their helmets, casting their features in shadows. Larra leaned into the bars.“Don’t do this,” she begged.They ignored her.“Cease your ranting, witch,” came a deep voice from behind them. Her guards stepped away to reveal the younger man who had read the proclamation, the one with the aloof, hazel eyes. The captain, their leader.Beyond him the cottage door was shut, and Larra saw no sign of her grandmother through the windows. “Please,” she shouted as he walked past. “Can you at least tell me if my grandmother is all right?”The man altered his direction, heading to the wagon with long, direct strides.“I told you to be silent,” he warned. Stopping just inches away, he stared at her hard. “You will do as you’re told.” He nodded at something beyond the wagon. “Do you see those wolfhounds?” Larra hadn’t noticed the two large dogs when she was first dragged from the cottage. They lay in the shade of a wide tree, waiting the command of their master.“They’re trained to hunt and kill. They can outrun a deer at full speed across a field. If you try to run, those hounds will track you down and tear you to pieces.” His eyes remained fixed on hers, revealing nothing but his determination to do his job. “And remember,” he continued, “any use of your power will result in your immediate death. The king values the lives of his knights far more than your own. Do you understand?” He didn’t wait for her to respond, but turned quickly away, striding to a big black horse that was close to seventeen hands tall. He rode to the front of the party and, lifting his arm in the air, signaled the group to move forward. Larra was thrown off balance as the wagon jolted. The drafts strained the first few steps from the weight of their load, despite their obvious strength. Without the use of her hands, Larra couldn’t steady herself and ended up sprawled on the floor again. Struggling to sit, she was eventually able to lean into a corner, peering anxiously through the lines of horses and riders to catch one last glimpse of her home. There was still no sign of her grandmother, and the ache in her heart expanded even as the cottage shrank from sight.
And let's look at some Q&A's with Liz!
3.      What is the thing you struggle with the most while writing? And how do you defeat it? Coming up with proper nouns. For me, creating names to fit the people and places in my stories takes an enormous amount of effort. I could write a dozen pages in the time it takes me to decide on a name for one of my characters.4.      Which of your personality traits did you write into your characters? (Deliberately or accidentally). Queen Lissa is pretty sassy to her husband, King Steffan. It was a little too easy to write.