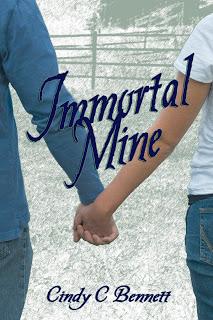 Niahm (pronounced Neeve) Parker is thoroughly content with her life in the small town of Goshen. Her parents, who travel frequently for their work, have raised a headstrong, independent teen. While her peers can hardly wait for the opportunity to leave, Niahm plans to stay forever.
When Shane Coleman and his nephew Sam move into town, it's the biggest event to happen in as long as anyone can remember. It’s quite remarkable for anyone to move into Goshen rather than out, but when it’s discovered that Sam is 17, it requires some serious burning of the phone lines. All the teen girls are thrilled to have a new hottie in town—all except Niahm. Sam Coleman represents a threat to her perfect way of life.Sam is drawn to Niahm against his will. He'd prefer to not be bound to this angry, stubborn, unlikeable girl. Unfortunately, he has no choice. However, Sam didn't plan on falling for Niahm. For Immortals, love is not only forbidden, but dangerous for her. He finds himself in a fight not only for Niahm's heart, but to protect her from being harmed by those who seek to destroy Sam and those like him.Niahm finds herself attracted to the tall, copper-headed boy, who becomes her friend and then her support when tragedy strikes. Soon, she begins to realize that there may be more to Sam than she ever suspected... much more. But what he truly is, she can't begin to imagine 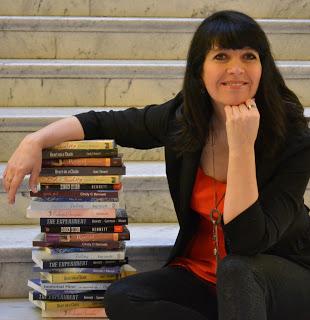 Bennett lives a most unglamorous life in the beautiful state of Utah. She is the author of several YA books in many subgenres. She's the mom of two daughters, two sons, two daughters-in-law, and a son-in-law not to mention her three adorable grandbabies. She loves gooey cookies, dark chocolate, and cheesy popcorn. She hates housework and cooking, and has no plans to become a domestic goddess. Her favorite pastime--other than writing--is riding her Harley.

Q & A with the Author:
1.      What is the thing you struggle with the most while writing? And how do you defeat it?
Self-doubt. I begin to question my writing skills each time I sit down with my laptop and begin to write anything. I don’t have any really good advice for defeating this at the time it happens other than to ignore it and just write. Later, when I go back and read what I wrote, it’s usually better than it sounded when I was actually writing it.
2.      Which of your personality traits did you write into your characters? (Deliberately or accidentally)
I don’t think it’s possible to ever write without putting yourself into your characters to some degree. So while there are occasional traits that I deliberately put in, they’re mostly subconscious and yet entirely recognizable as pieces of me. Usually my sarcasm leaks into my characters whether I mean it to or not, definitely my sense of humor, and usually a lot of my principles find their way into my MC’s

Snippet #1
“I want you to trust me,” I implore. “Just stay there, just... wait. And remember what I said before: everything is going to be okay.”
The smile on her face falters as I pull the gun from my pocket.
“Sam, what—” I can hear the fear sliding up her words.
“I’m not going to hurt you, I promise.” I flip the cylinder of the revolver open and show it to her. “Only one bullet.”
She begins to rise out of her chair.
“I think you should stay sitting,” I tell her, trying not to sound threatening. She hesitates, but when I don’t turn the gun her way, she continues to a standing position, slowly moving toward the door, hands raised toward me, as if she’s the victim of a hold-up. My heart breaks at the fear that shrouds her entire body.
“Sam, I don’t know what you’re planning, but I think this has gone far enough.” Her words are soothing, but firm. I feel a moment’s fierce pride at her courage.
I slide the cylinder back into place and she reaches for the door knob. It turns, but the door doesn’t open.
“Sam,” she says, her voice exerting authority, even over the tremor of fright. “Unlock the door. I want to leave now.”
I almost give in, but can’t now. She has to know, has to see.
“Just trust me—” I see the change in her face at my words, and quickly revise. “Just give me ten more minutes. Then I’ll let you out, and we’ll go home.”
“I don’t like this. I want to go now.” The pleading that has crept into her voice nearly undoes me, but I have to follow through. Her eyes haven’t left the gun since I closed the cylinder. I take a breath and turn the gun toward my chest.
“No!” Her response is immediate, and she takes a step toward me, hand reaching as if to stop me. I can’t let her get any closer, in case something goes wrong. It’s not her time yet.
“Everything will be okay,” I reiterate, and pull the trigger.