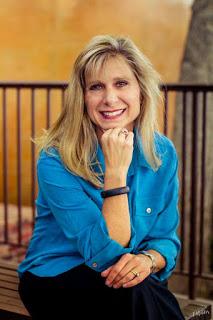 Wendy C. Jorgensen grew up in Ft. Lauderdale, Florida, and began writing in second grade, furiously recording her hopes and dreams in a denim-covered diary. Besides hanging out at the library, she loved soaking up the rays—while reading a book, of course. During her sophomore year of high school, Wendy’s family moved to Carson City, Nevada, and she thought her life had ended. The desert, sagebrush, and cowboys were a far cry from the ocean, palm trees, and surfers of Florida. Fortunately within six months, the family relocated to Lake Tahoe, and her outlook improved dramatically.

Wendy started college at the University of Colorado in Boulder, followed by a year at the University of Nevada in Reno and two years at Brigham Young University, where she worked as a reporter and copy editor for The Daily Universe. A decision to take a short break from school turned into a twelve-year hiatus in Lake Tahoe. After a two-year stint in the civil engineering program at California State University in Sacramento, Wendy returned to Colorado and graduated from CU with a degree in English Writing. It was a long, but valuable, educational journey.


After twenty years in Colorado, Wendy recently moved back to Northern Nevada, close enough to Lake Tahoe to enjoy the beautiful scenery but far enough away to escape the heavy winters. She lives with a wonderful husband who’s a financial guru–thank goodness–and a golden retriever who’s often mistaken for a sloth. Her two brainy and creative sons challenge her intellect and make her want to be smarter. Wendy hopes someday to journey to the stars.

Deep in the Colorado Mountains lie many secrets. One of them could change the world. 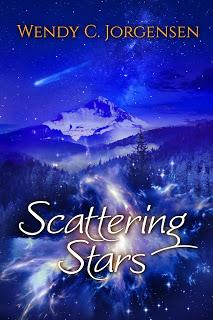 When sixteen-year-old Eve Hunter returns to her childhood home of Ridgway, Colorado, she discovers a tight-knit colony of scientists and their families led by her grandfather, Jarak. Ten years earlier, her mother drowned suspiciously in a nearby canyon, and Eve becomes convinced the townspeople are hiding something. By lineage, Eve belongs to the colony and despite her reservations, she feels drawn to the colonists—particularly one of them: Daniel Winter, an eerily familiar, intense boy whose determination to monitor her and all the colonists is more than a little disturbing.
After Jarak reveals her true heritage, Eve learns her return to Ridgway is not a coincidence. She’s a key piece in Jarak’s plan. As secrets are revealed, Eve becomes entangled in a deadly game—and time’s running out to master the rules. One wrong move could jeopardize the future of the planet. "

I had the strange sensation of playacting on a movie set—perhaps one of the cast members standing next to Richard Dreyfuss in Close Encounters of the Third Kind. I half-expected the movie’s musical score with its haunting tones and beeps to begin playing in the background. But this was no movie. The aliens were here, and I, Eve Hunter, welcomed them.