Spring Countdown Blitz - Day 3 : See Me For Me by Teya Peck

Her most recent accomplishment started in the summer of 2015. Finishing her father’s dream come true by publishing his works. She is the 2016 local American Night Writers Association (A.N.W.A.) chapter (Snake River Writers) president, won NaNoWriMo and participated in the online writers’ conference March 2016.Teya has been writing for as long as she can remember. At a young age she lived on a street she affectionately named Hill Street Blues. She is street smart and fluent in sarcasm, all help in her writing. Her father would always be and will continue to be her inspiration, even after his untimely death in 2006.She loves sitting in her soft chair next to the fireplace and watching out a big living room window. It gives her plenty of creative juice for stories.She met the love of her life in the loft of a barn. Yep, that set up some teasing from her father. They have been happily married since 2003. They have four children and all are loving and supportive of her writing. She refuses to comment on the trolls in the closets and under the beds. She is active in her church, has compassion for others, and a love for all life brings. 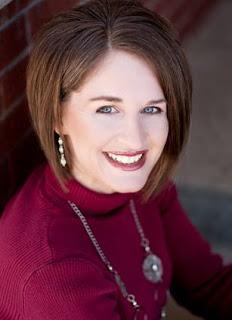 One wrong step changes Jocelyn’s Prima Ballerina life...One choice results in Jeremiah facing unbearable consequences... When these two meet, it could be catastrophic or the answer to unspoken prayers.Can love be tested too far? Will hearts soften and hurts be forgiven? Or will too much loss be too devastating to find hope?One thing is for sure, lives are about to change forever… 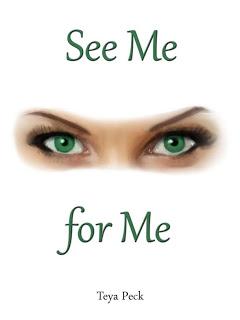 And here are a few fun things about Teya
1- at first writing it was hard until the second storyline hit me. It's not been out long enough to find out about the marketing.
2- best advice I received growing up was not take myself to seriously. From life: Treat each day as if it's your last because it could be.
3- The thing I struggle with well two things really: Focus- I roll intune on my temples and forehead to help me focus. The second is writing the right thing because I want everything to sound good. However, I have to remember to just type just write because somewhere in there is a pearl and then it just flows out.
4- One of my personality traits in this book. Oh yikes, I incorporate several deliberately and accidentally. I think the most common is seeing beyond the surface, and being stubborn. Also I have a hard time sitting still accept when I write.
5- I have been writing since I was little. I remember writing at five, it was the only way to deal with watching my brother pass away.  Two things influenced my writing. My father who always wrote, and took classes. But what really spearheaded it was when a person I know published a book. It needed work, which I helped with later, but it pushed me enough to say hey, I can do that, I've written. I found my book of writing and started typing them on the computer to a flash drive. I started writing up a story and the characters came alive and I finished my first novel in a week after starting. Which is now my published book "Within Qwestar."
6- I am currently working on five projects. Two are with beta readers, finishing a three book series, and starting two others. 1- The next generation to Within Qwestar, 2- a new book Death by the slice about an American baby left on the doorstep of a martial arts master in Asia. The story opens up with her 'dad' sending her to America, she has exceeded his teaching and he can teach her no more. She doesn't know he's dying. She has a job with a partner in America with the FBI private investigators office. He's won ball room dance awards. The case they are put together takes both their skills, they have to learn to work together, before they kill each other or be killed. The only problem besides solving the string of deaths is loosing their hearts to each other. The trilogy is an adopted girl that find out her mother is a siren and her father is a decent of a crew member on Ulysses ship and made the Ulysses pact. She has to save both parents whom she has never met with powers she's only just discovering. She also betrothed to one man and falls for another, neither of which are entirely human. The others I'm not ready to share yet.