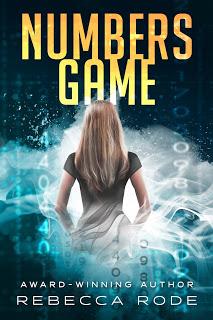 A citizen girl someone’s trying to kill. A hot military slave with a mysterious past. A dangerous game that changes everything.In futuristic America, everyone wears a number. Treena's as ready for Rating Day as anyone can be—she's a top contender in Level Three school and has a highly-rated boyfriend. But when her number is announced, it shocks everyone.To get her life and boyfriend back, Treena must go undercover and expose a military spy. Doesn’t sound too hard, except that someone wants her dead. And then there’s Vance, the mysterious soldier with a haunted past and gorgeous brown eyes. Together, they discover a dark numbers conspiracy, one that shatters the nation’s future. Treena must join up with Vance if she is to survive the dangerous game of numbers—and the terrible war that rages within her heart.If you love futuristic thrillers and dystopian sci-fi adventures, you'll love this action-packed mystery with a dash of romance for fans of Suzanne Collins,Veronica Roth, and Ally Condie. This is the first book of the #1 Bestselling Numbers Game Saga."Gripping, from beginning to end . . . a tale as action-packed as Divergent yet as introspective as The Giver. . . . Sure to be an instant classic in the genre."–R.J. Craddock, author of The Children of Cain series"Best dystopian fiction I have read since Red Queen!"-Sheri, Reader 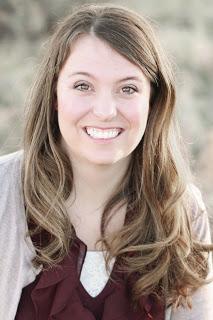 REBECCA RODE is an award-winning author, journalist, and mother of four. She is the author of the YA dystopian novel, NUMBERS GAME, and the inspirational book, HOW TO HAVE PEACE WHEN YOU'RE FALLING TO PIECES. She also writes for Deseret News, KSL.com, FamilyShare, and Provo Daily Herald. However, her true love is writing for teenagers. She enjoys traveling, reading, and martial arts, and she has a ridiculous addiction to chocolate-banana shakes.

Facts About the Author:
1. What is the thing you struggle with the most while writing? And how do you defeat it?
Not being "in the mood." It's rare that I jump into writing with enthusiasm and the words flow effortlessly. Sometimes it's agony to get things moving. But if I waited for those rare moments, nothing would ever get done. I have to set deadlines for myself and then look forward to a reward of some type for getting the work done. Yes, I'm like a puppy that way. A really cute one.
2.      Which of your personality traits did you write into you characters? (Deliberately or accidentally)
Hmm. Well, these were definitely accidental. Treena is a perfectionist, a girl with a checklist, prioritized and color-coded. I'm totally that way too. But there's a little of me in Vance as well. He finds it hard to see past his mistakes in the past and beats himself up over it. I'm my worst critic, and shutting off that inner voice is really hard.
Connect with the Author:

Snippet #1
"Your Rating is wrong," he said. "Their precious Rating system says absolutely nothing about you and what you're capable of."
"So far, everything I've done has proven my number absolutely correct."
"Treena." His tone softened. "I don't know why that happened to you. But I do know one thing." He stopped on the step below me, and I whirled to face him. We were the same height now, and his expression was fierce. "You are the most loyal, most determined, and most fascinating girl I've ever met. No number could ever describe you."