Best friends share everything, right? Unless it’s a secret that could cost them their lives.Robyn and Kit are born with forbidden magic-sense, the power to see and hear beyond Earthly sight and sound. It’s a curse that haunts them, but the girls are strangely drawn to it—could there be more to this power than they’ve been told? 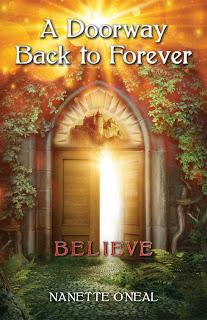 When they spill their secret, it opens a doorway back to Forever—a beautiful realm where magic-sense began. They learn the truth: they have been given a noble gift. It connects them to the Skyborn royalty of this new world. They’ve been summoned back by the forces for good to preserve the kingdom and revive the power where it once flourished—on Earth. It can thrive again, if Robyn and Kit are brave enough to follow
However, the doorway awakens more than magical fairy-tales. A dark force is unleashed—one that has battled the Skyborn since time began, and it wants the girls dead, the Earth destroyed.
Beyond the doorway is where the adventure begins—trickery, kidnapping, a prison break, rescue teams, sword fights, magical gold-dust, holographic medallions, and singing orbs—but only for those who have the courage to believe. 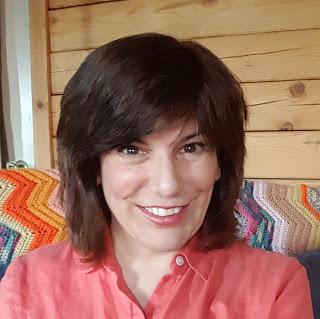 Nanette O’Neal has had a long time passion for the idea behind the Doorway series, stemming from her faith and her love of story. Her interests have always been strong in various creative endeavors, such as music, martial arts, science fiction and fantasy. Having studied music in college, she made a career of teaching and directing various ensembles in the public and private fields for years. When she decided to tackle writing, she began an intense process of study and research in the craft, through the use of text books, online tutorials, chat and critique groups, as well as various workshops, conferences and retreats. The Doorway series consists of seven novels about faith, courage, and the power within the human soul. She contributes regularly to an inspirational column for a religious website, Ldsblogs.com, and maintains her blog, Nanette O’Neal’s Doorway, found at NanetteONeal.blogspot.com. Feel free to subscribe to her blog posts and to like her author page, Nanette O’Neal, Author, on Facebook. Nanette loves her husband and family, her faith, the mountains, aviation museums, Star Trek, and dogs.

Welcome, Skyborn Traveler. This is the Doorway Back to Forever.
Beyond its threshold lies the Kingdom of the Morning—
a parallel realm where magic flourishes. It is the kingdom of your heritage.
In fulfillment of the Legend of the Golden-Heart, it is prepared for you
to explore your future by discovering your past.
Your Awakening is now.
Pass through this portal and learn your true story—
the magic inside you is waiting to live again.
Or walk away, and this entrance will disappear.
The choice is yours.

Nanette O'Neal said…
HI Penny,
Thank you so much for featuring me on your blog this week! It means a great deal to me. This is an exciting endeavor, and I have you to thank for supporting me. Have a great day!
Nanette
13/04/2016, 17:08