#Spotlight: 'Taming The Whirlwind' by L.M.Heidle 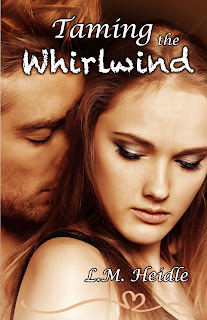 Liz is slowly accomplishing her goals:


Finding drama was NOT on her to-do list, but apparently life didn’t get the memo, because it threw her one heck of a curveball. What curveball you ask? It’s not a what, but a who and that who would be Mr. Kade Ian Parker. The tattooed, short-tempered, sexier than should be allowed businessman, has turned her world more than upside down. He obliterated it. Her life has turned into something that even a soap opera writer couldn’t come up with.

Kade never wanted to find love. He saw how his family crumbled after his mom left; there was no way he was going to be crushed by another woman. No one had come close to making him want more, until her. No matter how hard he fought his attraction and oh did he try. Hell, he basically pushed her into another man’s arms, nothing changed.  He. Still. Wanted. Her. 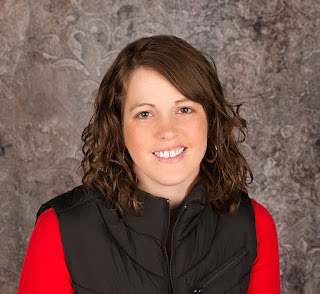 It kind of makes me feel like I’m answering questions for a dating service, but

spent most of my life in one part or another of Missouri. The last four years,

through my husband’s career, I’ve gotten to live in Texas and Georgia.

husband and I have been married for ten years. We have two beautiful boys, who

will most likely drive me to insanity before they’re ten. We have three

disgusting snakes (Can you tell it wasn’t my idea?). Now we’ve added a Rat

terrier puppy to the crazy mix, who is beyond spoiled, but at least I get to

dress someone in pink.

never planned on being a writer, never even crossed my mind. It started as a

loved it. I’d finished my first book and couldn’t wait to start the next one.

never thought writing would be more than a hobby, but when I was given the

opportunity to publish, I decided to take it. Who knows where the future will

lead, maybe I’ll sell one book or a thousand, but at least I fought my fear of

the unknown and tried.

I have a ton

of people to thank. My husband and children for putting up with me. My sister

for giving me the idea by getting me addicted to my Kindle. If there was a

Kindle’s Anonymous, I’d probably need to be a member. My parents for always

believing in anything I do. Julie of Amazing Things Press for giving me a shot.

Last, but definitely not least my fans (when I get some) for taking a chance on

You’d never know a tatted, chiseled to perfection body lay beneath those expensive suits, but there’s a lot you don’t know about Mr. Parker. Most people only see the tall, demanding man with killer looks, but there’s more to him than blonde hair, glacial blue eyes, and melt worthy dimples. If you can see past the intimidating personality and mouth watering good looks, you’ll get to see just how deep he really is, and that’s where the true attraction lies.
* If I had to pick an actor it would probably be rougher version of Chris Hemsworth

Kade knows Liz is from a small town, he knows everything about her, even before he really knows her. Most people only see a fair skinned woman with brown hair and green eyes. When Kade looks at her he sees captivating green eyes, that see so deep inside it scares the hell out of him. Add that on top of her rocking body with a hidden rose tattoo and no matter what he does, he knows he’s screwed.
*If I had to pick an actress it would probably be Emma Stone.

"They say a whirlwind is a very energetic or tumultuous person. That describes Kade perfectly, but I wouldn’t change one thing about him, because he’s my whirlwind and no one is going to change that. "