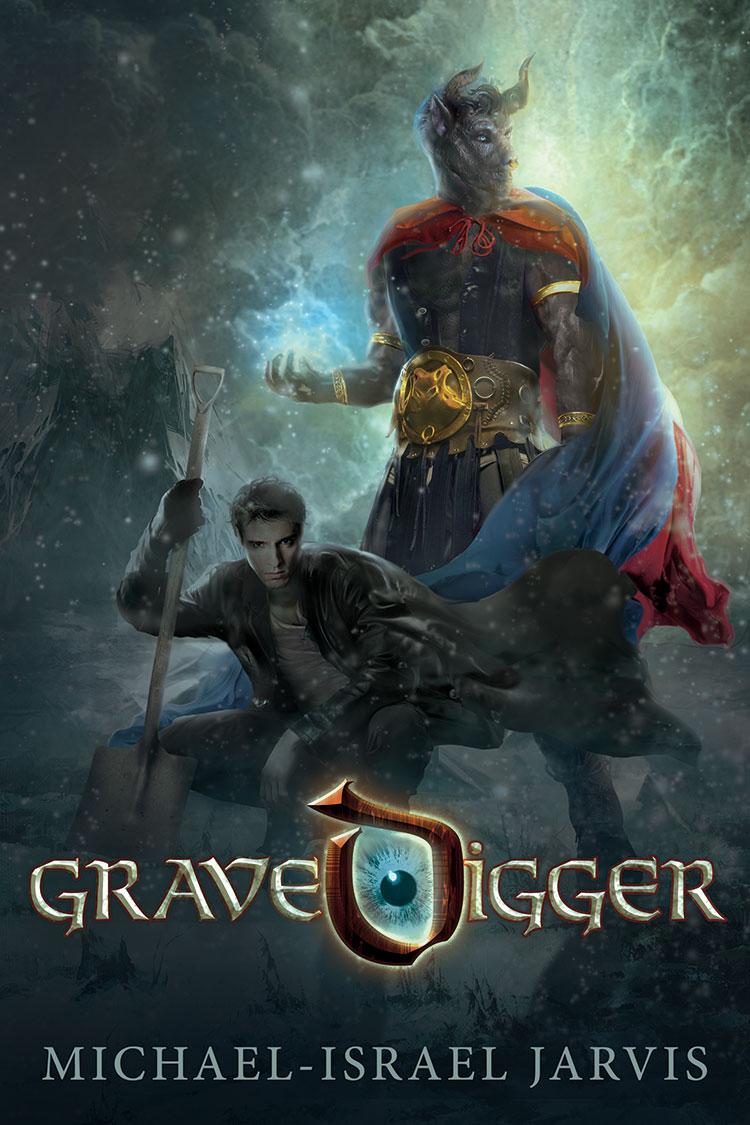 Dead or alive. Good or evil. Hero or fugitive.

Valo needs a specific solution to a grave problem. The human Claimfold and prigon Torzsi draw apart. War is promised in the West. Worst of all, the magi of Nagyevo are meddling with the dead.

Perin is an apprentice Gravedigger: uneducated, unwanted, unsure. He may be the answer Valo needs, if he doesn't get killed before he works out what's going on. But of course there's the chance that fate hasn't called him after all. The gods are nameless and silent and the best laid plans have a way of going badly wrong.
Enter the spade and sorcery world of Valo.

Gravedigger subverts the expectations of that oldest of foes in fantasy, the dead that walk, in a fast-paced adventure through a world of culture, intrigue, magic and blood.

EXCERPT
They didn’t have to wait long. Fully visible under the abundantly full moon, the bulky figure of Kesairl emerged from the trees. He strode toward them, jumping down the sandy bank into the graveyard. A figure followed him slowly, moving with awkward heistancy. He was swathed in a great deal of loose cloth.
Kesairl halted beside the grave that Graves had dug unaided earlier that day, much to the concern of Perin, who had not been there to meticulously edge the hole with his sharp new edging spade.
“Greetings by moonlight, Master Graves, young Master Perin. I hope you are both well.” Kesairl’s voice rolled out above the subtle noises of the night.
“Oh, aye, and yourselves, too, we ‘ope,” said Graves, peering at the cloaked stranger beside the prigon, “I imagine you two’ve got the recently departed in the woods. Well, if it wants burying, we may as well get started, as you don’t want peepers.”
Kesairl hesitated for a moment, brow furrowed. “Well, I’m afraid the one that wants burying, as you accurately put it, is not so recently departed.”
“Ah. Fine. S’to be expected I suppose, if you’ve travelled far. S’all right, Master Kesairl. Me and the boy aren’t unaccustomed to a bit of decay.”
“You misunderstand me, good man Graves. The one I speak of has been dead for a very long time, indeed. He was born that way—if birth is the right way to put it. Allow me to introduce—nay—to present my companion.”
The prigon smiled, white teeth gleaming in the dark to match the moon. His arm gestured to the shrouded figure beside him. With a strange, jerking motion, the figure unwrapped the main cloak from his body, revealing himself to be exceedingly thin. He was, in fact, skeletal. Skin clung to his frame, close as a glove, undamaged but as pale as the prigon’s teeth.
As pale as the full moon.
His wan, skull-like face stared mournfully at them. His head was devoid of hair of any sort, though it was crowned with a circlet of silver. His eyes were pale, but not empty or decayed, and Graves and Perin both knew the eyes were the first thing to go. Soulful meaning radiated behind the orbs, proof somehow of the creature’s being. Aside from that, and the wonderful preservation of the body, he was quite dead.
“I am aware that I am quite troublesome to look upon.” The creature spoke in a voice that made Perin think of the way fallen leaves whispered across the ground underfoot. He watched the dry mouth speak, in shocked fascination. It moved very little, yet produced the words distinctly. “I am not…conventionally alive; but please, I am not to be feared.”
Graves seemed to think otherwise. “Undead!” He growled, hands gripping the handle of his spade, knuckles almost as white as the dead man’s.
Perin stared.
The undead man nodded uncertainly and then bowed. Graves considered for a moment, fear and amazement clashing.
Kesairl watched, not speaking a word.
“All right. So. What’s you wanting on your stone, then?” Graves muttered at last, shifting his stance.
Kesairl smiled, seeming to appreciate the human’s return to composure.
The undead man spoke. “A marker stone? How thoughtful! I am Medrivar, if you need a name to engrave.”
“King Medrivar,” Kesairl corrected his companion in a soft tone.
“Just because that is who I am, it does not mean I need always to announce it,” the undead man returned with a sharp reprimand.
Graves coughed. “What do you want under the name, Your Majesty?”
“I would very much enjoy the phrase, ‘At rest’, as it will be no falsehood.”
“Sort of, ‘Back in a little while’, then?”
Both the undead king and the prigon chuckled at Graves’s joke. The old gravedigger smiled. Here was a person who had qualities Perin knew Graves admired, in particular the complete lack of a heartbeat. In some ways, this was familiar ground. Graves often talked to the dead. They’d never spoken back.
“I will need the plot for a year. It is, of course, important that I am interred and raised at full moon. Kesairl will serve me very well in performing the rites, I am sure.”
“They are not difficult,” the prigon said. He winked at Perin, who found he could no longer keep his silence.
“This is…amazing! Where did you come from?”
The undead king gave a crooked smile. “I am from the North. But I get the sense that your question meant more than that. You have an inquiring mind. Very good. You would know the secrets of the undead, young man of breath and blood?”
“I would.” Perin said, still trying to grasp the reality of the situation.
The emaciated king folded into a sitting position and closed his blank eyes for a moment. His eyelids were thin and papery.
Perin leaned on his edging spade, feeling it sink into the frost-hardened earth.
Medrivar smiled again. “I will be brief, but this is an important story, so listen closely.” 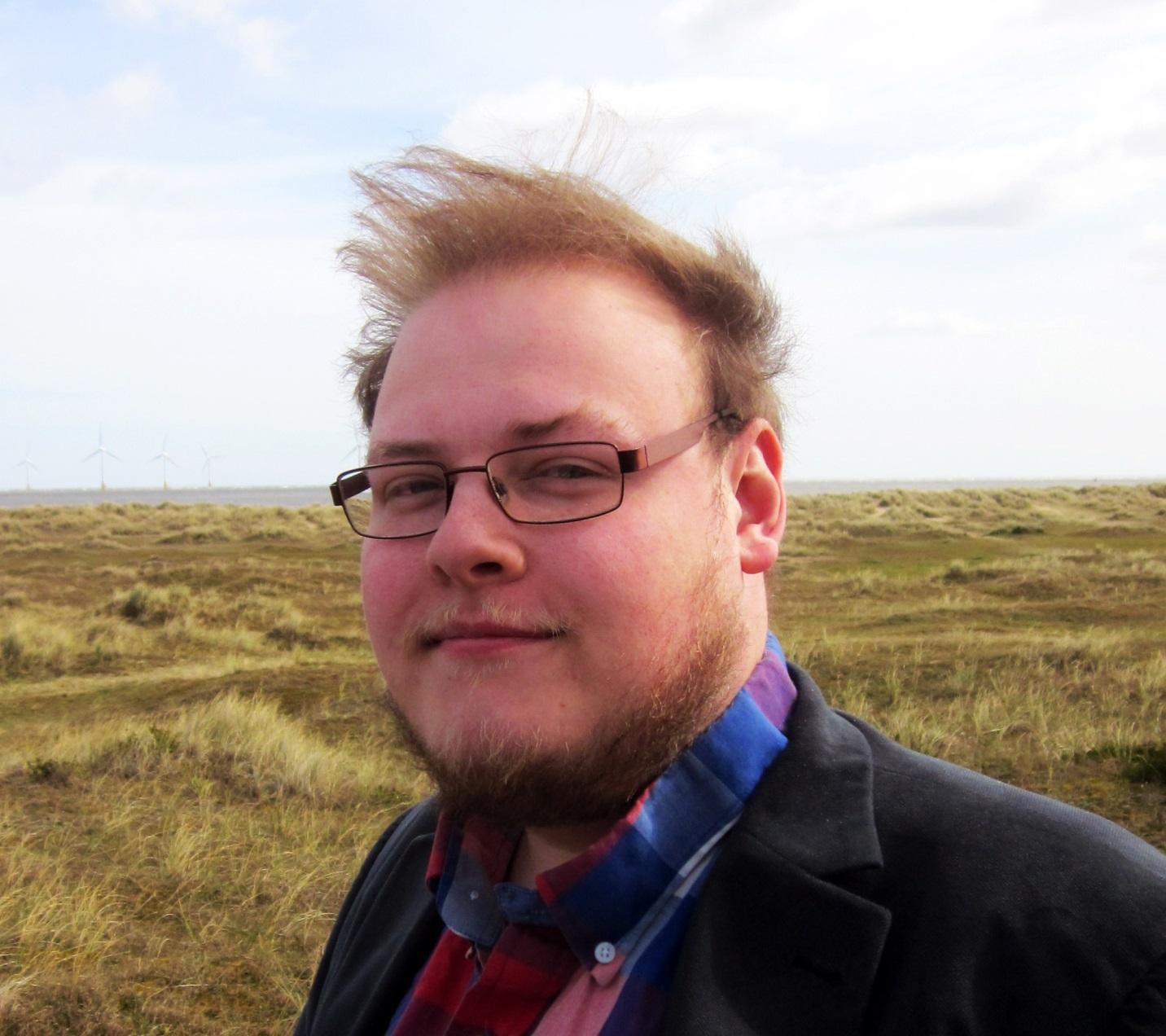 Michael-Israel writes principally for Young Adults, which is what he intends to be until he's very, very old. Further explorations of the genres he prefers to write in throw up fantasy, adventure, coming of age stories and more. If possible, he prefers to write in a way that bends the distinction between different genres. Why shouldn't the superhero trope take place within a fantasy novel? And however serious a book is, shouldn't humour weave its way in?

Michael-Israel chose to go the route of Independent Publishing after observing the increase in sales of eBooks and a move towards indie expression in general culture. In early 2015, after self-publishing three books through Amazon, Michael-Israel was accepted by Booktrope Publishing, an international publishing company with a unique model.

Booktrope offered the expertise and structure he needed (much like a traditional publisher) but also offered a system with far more creative control and better royalties, as well as a system of cooperation at the heart of the professional team. This was the perfect middle ground that Michael-Israel had been dreaming of, and he was delighted to sign with them to republish his previously independent work.

"Gravedigger" republished on 31st October 2015, with both "Osric Fingerbone and the Boy Murderer" and "Land Rising" to be republished within the following months.