Nichole Giles is releasing the cover of the third book in her Descendant Series!


We are also so excited to be a part of the revealing of the new covers for the first two books in the series!

Nichole Giles, the author of DESCENDANT, BIRTHRIGHT, and WATER SO DEEP,

has lived in Nevada, Arizona, Utah, and Texas. She is a huge fan of all

things paranormal and magical. Her dreams include owning a garden full

of fairies, riding a unicorn, and taming the pet dragon she adopted at a

recent local ComiCon. His name is Zane. She also loves to spend time

with her husband and four children, travel to tropical and exotic

destinations, drive in the rain with the convertible top down, and play

music at full volume so she can sing along. 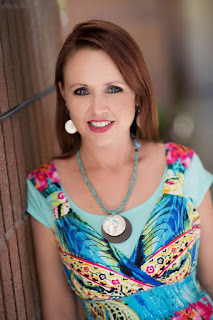 Connect with the Author Here:

Only the strongest will


Abby and Kye have lost everything but each other. They’re


As Kye and Abby fled Mexico, her mother slipped her

information that led her to believe her “dead” father might still be alive. While

the hunt for him takes them back through Abby’s childhood homes, they’re forced

to question everything they’ve been taught and everyone they’ve ever trusted.


When Abby’s best friend is kidnapped by demons, Abby and

Kye launch a rescue attempt that morphs into a battle. Abby needs to prove she

has what it takes to rid the world of demons, or the royal bloodline and the

Gifted generation will be obliterated once and for all. 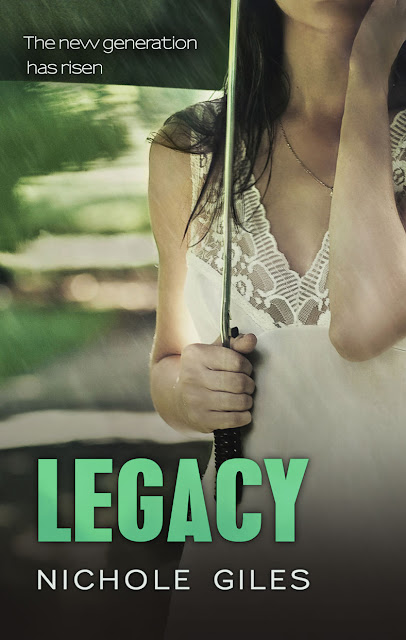 And now let's take a look at the first two books and their new covers! 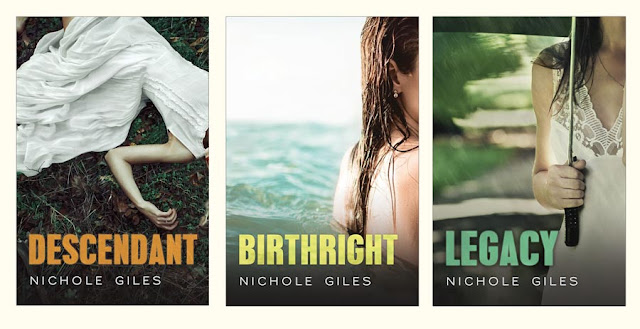 Grab your copy of these books today:

Here is sneak peek into Legacy

checked in, I follow Kye to the elevator and down the hall to our room,

dragging my suitcase behind me. He opens the door and waves me ahead of him.

Dropping my bags on the floor, I stumble to the bed and fall backward onto it

to stare at the ceiling. Kye’s face appears above mine. “You okay?”

smile eases some of the tension between us. “I hope so. If you didn’t, I

couldn’t.” He sits next to me and runs his fingers down my jaw, across my

cheek. “I thought it would be good to have some time alone. We should talk

before we get to Kiersten’s.”

We’ve been alone since we left. My

stomach twists with anxiety, and I can’t prevent the catch in my voice. “More

fingers keep moving, tracing my collar bone and shoulder. “No. But I think we

need to at least try to make a plan, figure out where we’re going—what comes

next. Sleeping arrangements.” He glances meaningfully at the pillows. “Didn’t

occur to me until now that maybe I should ask for a double. We’ve been sharing

for long enough that I just assumed.”

close my eyes, too exhausted, too confused to seriously think about anything

right now. And the truth is that more than anything else, I need to be held.

Our lives have been turned upside down and inside out. We’ve left behind

when we’ll see any of them again—if ever. He’s all I have, and I’m all he has.

Regardless of past hurts and mistakes and issues, we’re going to have to learn

how to let go and depend on each other, regardless of whether we want to be

together the way I once thought we would.

going to have to figure out how to trust each other again.

lack of response has him sighing as he stands. “I’m going to take a shower. Do

you need to get in the bathroom first?”

go ahead.” I don’t move except to turn my head and watch him go. Everything

about him screams misery—frustration. I know the cure for his frustration could

probably come from me. But I don’t know how to give it to him. Not in my

he comes out twenty minutes later with wet hair, wearing his flannel pajama

bottoms and a T-shirt, I’m still lying in the same spot. He pauses next to me,

a bemused expression lighting his eyes. “It’s all yours. If you want it.”

wearily, I stand, expecting him to move, but he doesn’t, and his position

leaves us close. “Abby,” he murmurs. “Talk to me. Tell me what you’re thinking.

shake my head, not because I don’t want to talk to him—I know, know, I need to. But I’m exhausted, and

overwhelmed, and my brain is so full, I don’t even know where to start. His

palm cups my cheek, and I lean into it, eyes closed. His relief is nearly

palpable as we stand there, close enough to touch, and yet miles apart, because

the contact of his skin on mine—even palm to cheek—still makes me quiver, heats

my blood. And Kye feels it.

I cover his hand with mine and hold onto it as I step around him, keeping our