. . . . well at least it assured her a good place on the bookshelves.

pure luck managed to avoid catastrophe, although she has been known to miss a

writing she’ll be found hiking in the hills around her house with her dog Rosie.

Joes debut novel Blinded by the Light was published by

Cillian Press in 2013. Light the Way is her follow up novel and the 2nd 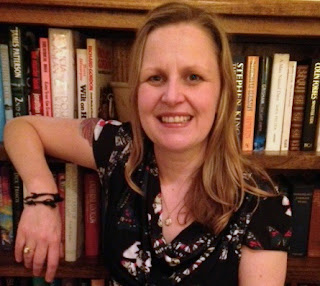 the Union, MaryAnn Hunter is slowly re-building her life as a fugitive on the

When a friend asks for

MaryAnn faces a fight for

Light the Way is the second

book in The Union Trilogy 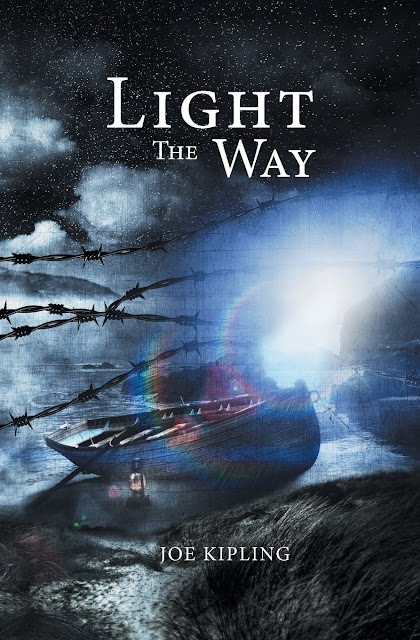 Let's get to know the main characters!

fashion, celebrity and a desperate need to fit in. Having given up this

caves.  MaryAnn has a real empathy for

others and a strong understanding of right and wrong.

MaryAnn’s older brother. He ran away from home when he was 15 to join the Union

number of years. With his messy dark hair and slender frame he makes an

unlikely resistance fighter. However along with his best friend Peter and

MaryAnn and Daryl’s uncle. He’s the leader of the Union, a rebel group fighting

for the people left on the Outside after a Flu virus decimated the UK. He cares

about his extended family, but the thing closest to his heart is the fight for

equality and he will go to any lengths to bring down the Neighbourhood.

a solider in the Union. He’s Daryl’s best friend and they share a passion for

Sci-fi and superhoeros. He even named his dog and faithful sidekick after Flash

Gordon. Peter’s first impression of MaryAnn was not very favorable and this does

cause some friction. Peter can be stubborn and a little arrogant but remember

not to call him ‘Petey.’

the leader of the Light and ruler of the Manchester Neighbourhood. He’s tall, attractive

and the embodiment of everything that the Light, values. He’s a charismatic and

popular leader, but beneath the shiny veneer there’s a cold and calculating

heart.  He cherishes his position and

will go to any lengths to keep it.

is a new POV character introduced in Light the Way. She’s 13 and lives a simple

but comfortable life on her family farm.