All is Merri and Bright by Author Tifani Clark: (Day 12) #giveaway 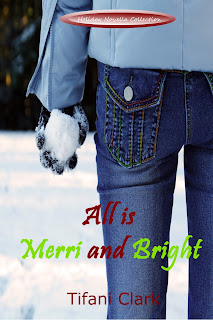 Merri Wilcox has finally achieved her greatest dream and opened her own hair salon. Life is bliss until Brighton Stansbury walks through her door. Growing up, Brighton was behind every bad thing that happened to Merri. She hasn't seen him since high school graduation and could have happily continued like that forever.

When a winter storm traps Merri and Brighton together, will the pair finally learn to get along, or will the Christmas holiday become their new war zone? 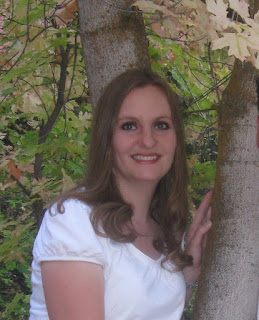 Tifani Clark grew up on a potato farm in southeastern Idaho with two brothers and two sisters. Because of her location, she had a lot of space to imagine and daydream and often pretended to be characters in books--like Scarlett O'Hara. She is married to the love of her life and is the mother of four fabulous children. When not writing, she enjoys playing the violin and piano and traveling to new places.

Did you learn anything from

writing your book and what was it?

All is Merri and Bright is the first ‘cozy romance’ I wrote. Up to this point,

all my stories    have been geared toward

the YA crowd. I learned that it’s a fun genre and I can explore     other options.

What is the thing you struggle

with the most while writing? And how do you defeat it?

Sometimes when writing my characters get stuck in situations that I

in-between stuff can be tricky.  Some of

my best thinking comes during the early morning hours. I’m a morning person and

usually wake up long before my alarm goes off. I use that time to lie in bed

and think through my stories. Answers to plot questions usually find their way

in her thoughts, Merri didn’t notice that Brighton had stopped working next to

her—until a snowball hit her in the back of the head.

and aimed at her. “You did not just

did. And I don’t regret it.” He grinned. “Although, admittedly, I was aiming

for your back, not your head.”

not only can you not drive straight, but you can’t throw straight either,”

any further warning, Brighton pulled his arm back and unleashed the second

snowball. It connected with her face, splattering across her cheeks and

dripping down into her coat.  “Hey, look

going to regret doing that.” Still gasping from the cold shock, Merri grabbed a

handful of snow and hurled it at Brighton. He easily ducked and the poorly

formed ball sailed over his head.

that the best you’ve got?”

are so frustrating!” Merri yelled.

I’m not. You just think I am because you’re frustrated with yourself.”

grabbed another handful of snow, taking her time as she formed it into a

perfectly packed ball. She raised her arm and thrust it forward, faking a

throw. Brighton dodged the empty pass, just as she knew he would. While he

struggled to regain his balance, she unleashed the snowball for real, hitting

him square in the chest.