#Spotlight #Giveaway: 'A Whisper of Death' by Paul Barrett Born with the power of ultimate evil, he is the world’s only chance at survival.

Erick Darvaul is a Necromancer, a descendant of the original sorcerers who turned against their dark masters and exiled them. Now these beings have returned, it falls upon Erick and a cadre of newfound allies to rally against these powerful entities and defeat them again.

Through fire, ambush, and betrayal, Erick and his companions claw their way to Broken Mountain to reunite with others who share his ability. There, Erick battles the mortal foe of his ancestors pushing the limits of his Necromantic magic, a force that seeks to corrupt him every time he summons it. 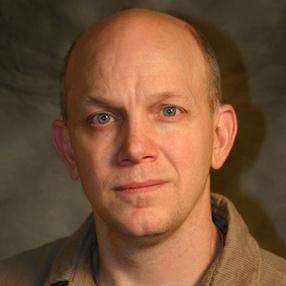 Paul has lived a varied life full of excitement and adventure. Not really, but it sounds good as an opening line.

This eclectic mix prepared him to go into his true love: motion picture production. He has produced two motion pictures and two documentaries: His film Night Feeders released on DVD in 2007, and Cold Storage was released by Lionsgate in 2010

Amidst all this, Paul has worked on his writing, starting with his first short story, about Ziggy Stardust and the Spiders from Mars, at age 8. Paul has written and produced numerous commercial and industrial video scripts in his tenure with his forcreative agency, Indievision. He has two published short stories (As You Sow and Double Cross) and one self-published novel (Godchild). He lives with his filmmaker/graphic artist partner and their three cats.