What do you do when you’re one of the wealthiest bachelors in New York and can’t seem to find your soul-mate? 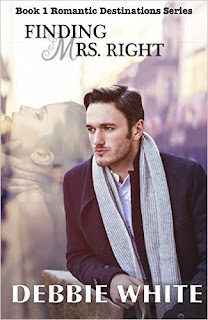 Tired of being alone but fed up with being set up by his friends, Gabe decides to take a break from dating when Rose enters his life. Could she be the one he’s been waiting for? But after a heavy blow to Gabe’s ego, he meets Veronica in the park and something about her resonates with him. And then there is Sally, Gabe’s loyal assistant. Gabe never saw her as a romantic partner until…
Rose is beautiful, smart and climbing the career ladder. Having a permanent relationship may not be in the cards for her. Veronica has a secret she’s been carrying for a while and when she decides to let Gabe in on it, it may hurt their chances of a relationship. Sally’s life is complicated and Gabe could complicate it even more.
Will any of these women be the soul-mate Gabe has been waiting for or will they just be another disappointing attempt in his search for finding Mrs. Right? 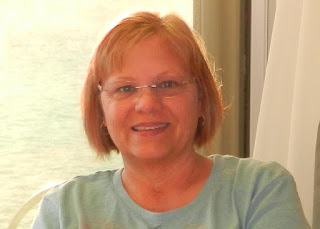 Debbie currently resides in beautiful Sonoma County, California, where the jagged Pacific coastline meets the rolling hills cascading with vineyards. She writes romance novellas that feature strong, independent women, who when faced with adversity, or tragedy, fine strength and overcome the perils that stand in their way. She’s an avid supporter of animal rescue, and happily donates a portion of sales from her books to rescue organizations. She has two adult children, and two granddaughters. In her spare time, she loves to garden, travel; enjoy family, and her beloved rescue dogs, Dash and Briar. Her real passion of course is writing, and she uses her 20+ years as a military wife as inspiration for her stories. The Salty Dog takes places in Bodega, a small fishing community she has the pleasure of visiting often. The project she is currently working on involves travel to exotic and foreign places, another area she has experience.