#Spotlight #Giveaway #Excerpt: 'The Timeless Ones' by Susan Catalano 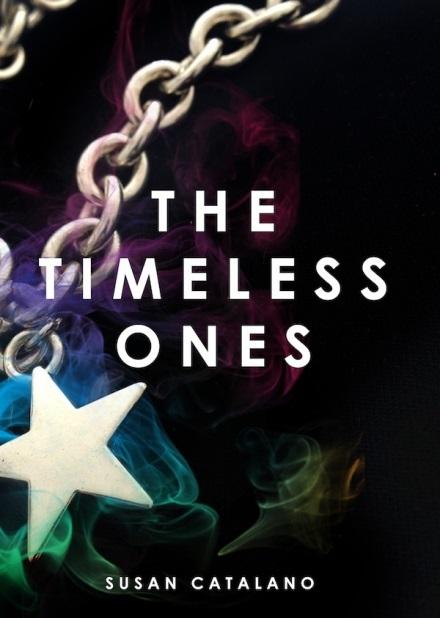 The Timeless Ones
A Timeless Story
Book 1
Susan Catalano

A race against history…

A bond that is timeless…

Merry Chalmers, accused witch, has a secret so hidden that she’s nearly forgotten what she really is. All she desires is for the witch-hunts to end and to marry her secret love, William Darling. But hysteria has taken hold in Salem Village, and the Tall Man, spawned by tales of his existence, is born to fulfill his dark purpose.

Soon Merry and William find their lives taking unthinkable paths. For when Merry leaps from the 17th century into modern-day Salem, she must accept that unlike others who were accused and hanged for being a witch, she truly is one.
CHAPTER ONE
Accused
Merry stood in the tall Indian grass, just able to see over the feathery green heads. They tickled her cheek as a soft breeze stirred, and she smiled as she pushed them  away.
Until the townspeople regained their collective sanity, she and William had to meet in secret. The same whispered accusations that  had put her life in peril had saved her from an ill-matched marriage. She’d been promised to another in childhood who no longer wished    to pursue the betrothal amidst all the scandal. To Merry’s mind, this  was just as well. She didn’t dislike Jonathan Parrish, but she loved William.
From her vantage point at the top of the hill, she saw the grass separating below, indicating William’s arrival. He moved fast in her direction. She wondered at his urgency though she also felt it in her own heart. He waved, arms flailing as though he were drowning. She ran towards him, her eagerness replaced with alarm as she neared and saw his face, red and  frantic.
He shouted her name, his voice hoarse and panicked.  “Run,  Merry! To the woods! Quickly!  Run!”
Merry stopped and stared. Many men followed William into the meadow. Her heart raced at the realization that they were coming for her. She shook her head in denial, but when several men cried,  “Witch!” her denial turned to  fear.

Gathering her skirts, she hurried toward the woods. Those gentle feathered heads that had tickled her only a short time ago whipped mercilessly at her face as she sped by. William shouted for her to run; her pursuers shouts grew closer as well. She didn’t dare look back. A thick copse of trees lined the horizon ahead. If only she could make it  to their shelter, perhaps she’d have a chance of escape. She pushed onward, her breath harsh and fast. Her skirts tangled around her legs. She stumbled, shrieked, and ran  harder.
At last, she came upon the wood at the edge of the field. The thickly threaded trees presented a challenging  route,  forcing  her  to leap over raised roots and dodge low branches. As she made her way deeper into the wood, silence prevailed. A lone yellow bird twittered from a low-hanging branch. She paused, her heart   racing.
“There she is!”
Merry’s face filled with heat as she recognized John Indian’s booming baritone. She ran blindly. Her lungs burned. Her legs tired.  She broke through the tree line into a small clearing,  the  ocean  beyond. Merry screamed and flailed  as  her  momentum  nearly  sent her over a cliff. She teetered on it’s edge for a moment before falling backwards to the ground, then scrambled to her feet and ran back towards the woods.
As she neared the trees, Jonathan Parrish burst into the clearing. Both halted, shocked at the sight of one another. Merry stared into Jonathan’s  widened  eyes.  Despite  the  fact  that  he’d  never  held her

heart,    she’d    never    treated    him    with    anything    but    respect    and kindness. Was it too much to hope for the same from him   now?
Merry took a step backwards.  “Jonathan.”
He shifted his eyes from her pleading gaze. Merry took another step back. Then, a hand that had once held hers with gentleness, clamped painfully around her shoulder. The barest hint of remorse flitted across Jonathan’s face before he shouted, “I’ve got   her!”
His words were cut short as William hurtled into the clearing, crashing his shoulder into Jonathan’s chest and wrenching  his  grip from Merry’s shoulder. Both men went down with a loud thud. The sounds of men running through the woods grew   louder.
Merry froze.
William shouted for her to run. The woods were no longer an option. The cliff lay before her. She looked back. Jonathan sat up, holding his head. William rose from the ground and locked eyes with her for what seemed an eternity. She  ran.
“Merry!   No!” William shouted as she raced toward the  cliff.
Anger fueled her movement. She didn’t deserve this fate. None    of the accused did. Forced to decide between the noose or the ocean was no choice at all. But she was a good swimmer, and if she could    get enough speed to make it beyond the rocks, she might have  a chance.
Tears blurred her vision, and she fought the urge to run back to William.  Then  just  beyond  the  cliff,  a  woman  in  robes  of     black

appeared, standing on nothing but air.   A bright light infused with   what appeared to be a swirling rainbow framed her against the blue   sky.
Either she was losing her mind, or an angel had come for her. Rather than finding comfort at the thought, her head tingled with warning.  Merry slowed.
“Don’t stop!  Hurry! Or all will be lost,” the angel   commanded.
Merry glanced at the fierce bunch of men who were nearly upon her, then looked at William’s tormented face. She turned  to  the  woman again. She knew of no angel who wore  black,  but  the  colors…
The angel smiled. “You will be  safe.”
Merry took one last look behind her, the imminence of capture forcing her to make the only  decision  she  could.  Then,  she  leapt over the edge into the spiraling mass of   colors. 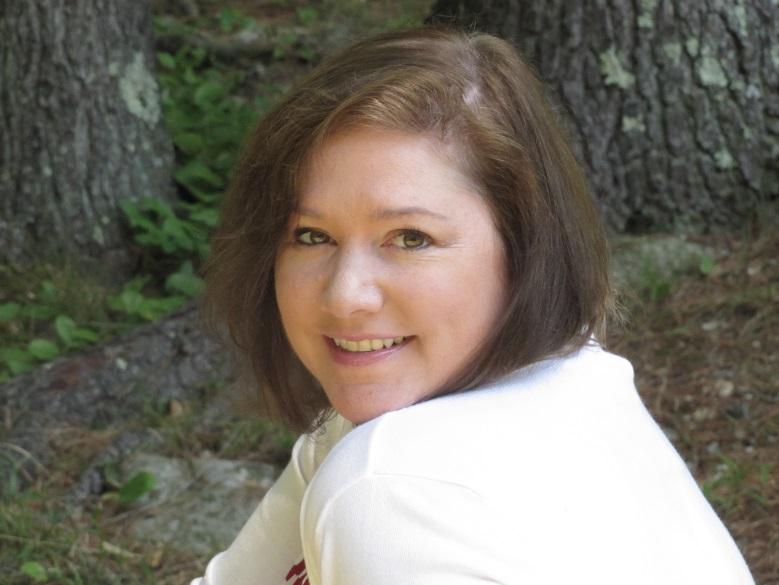 Susan Catalano spent most of her youth in a one-traffic-light town in the Catskill Mountains of upstate New York. Her first act of writing consisted of scrawling a murderous confession on a crumpled piece of paper. She then told her 3rd grade friends that she'd found it in the wall of the spookiest room on the scary, vacant floor of the Victorian Hotel her family owned. Eventually, Susan ended up in Massachusetts where Salem, known as Witch City, captured her heart and imagination and inspired her first novel, The Timeless Ones.