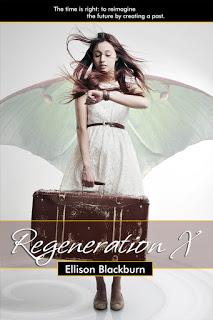 Regeneration X
Regeneration X is a story about having choices and dealing with the consequences; creating new memories and letting others fade; and making sacrifices in pursuit of happiness.
At one time or another, you’ve probably said or thought, “In hindsight, …” So, what happens when To have been, becomes something that can be changed?
In the not too distance future, Charley faces a hard choice: whether or not to follow her long since abandoned dreams. Journey with her on a quest, and you’ll be asking, “If I could change the past, would I?” Delve into this simple question, because one day soon, you too, may have that chance. Our world is flying forward—fast; would you glide, or take the risk and soar?

To be or to have been ... THAT is the question. 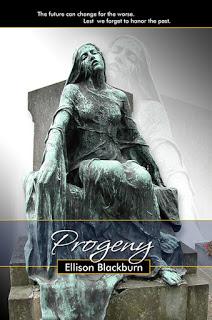 Nineteen-year-old, Emery Kidd is one of two historians for her community. As a Chronicler, she is aware of the minute details of a society dramatically changed in the course of the two hundred years since cellular regression began. However, it is only now, after one of her lifetimes has passed, Emery discovers an important fact about her own heritage. She is the daughter of the most famous of regeneratives to have ever lived.
Consequently, Emery is also quietly learning just what it means to be the daughter of a martyred woman. Undoubtedly, she bears a strong resemblance to her mother, but more than auburn hair and expressive facial features, Emery would like to believe she’s inherited the same strength of character as well. And yet, believing and knowing are entirely separate matters.
Since everything changes with time—in varying degrees—and destiny often unfolds a plan unforeseen, Emery may just find the opportunity to test her belief. In fact, the entire human population will come face to face with their true inheritance.
The question is how this legacy will be received. For the future is inevitable, this much is certain. Lest we forget, the mere passage of time does not come with it the entitlement to life. To live and prosper is a path that is earned, but mankind has seemingly forgotten this. Can Emery remind the world that survival requires conscious effort? Will Emery and her friends, Cassidy, a fellow chronicler, Liam, a brilliant engineer, and Aiden, a reserved mediator be enough to save the oblivious many? 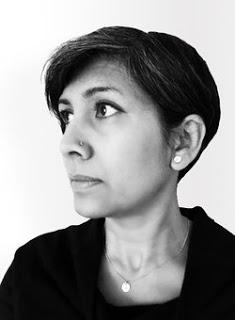 Ellison Blackburn is a full-time designer/web developer of fifteen years. Ironically, she often waxes nostalgic over simpler days. Her passions include writing fiction and poetry, painting, and collecting vintage thingamabobs.
Raised in Chicago, she relocated to the Pacific Northwest where she currently lives with her husband and three beastly, furry children.She is a writer of fiction and poetry and the internationally published author of Regeneration X.

(Place your review here or remove this Banner)

Many of her ways were because she secretly longed for the slower-paced days. Days when people took time to appreciate their actual surroundings, other people and life, for example going for strolls or sipping a port or sherry over a philosophical conversation, instead of the occasional wine with dinner or a binge night out chatting about mundane details. She fancied the idea of a habitual thing, not something you just did on occasion between scheduled happy hours and video conferences, or amidst the chaos of group chats, social media, and messaging, virtual or otherwise.

All of the boxes that were part of today’s norm were tedious and as Becks called it, “soul sucking.” Charley agreed wholeheartedly and felt, sometimes, she didn’t quite fit into the modern world even though she could navigate through it well enough. She even had a HaloYou profile. She tuned-in to her connections’ lives, but rarely posted virtual moment videos of her own self and life. In this way she stayed informed; held fast to her privacy and managed some semblance of unspoken social responsibility. Privately, she also attempted to appease her quirks in a modern way, even though she was old-fashioned at heart. For example, since the beyond-repair fireplace was long gone (demolished during their remodeling) and she’d have to join some Meetup group just to play board games (she played Solitaire or Candy Crush on her tablet), and around Christmas, she launched a hologram of a roaring fire as part of their decorations.

To view our blog schedual and follow along with this tour visit our
Official Event page here:  https://www.facebook.com/events/1632197970362136/