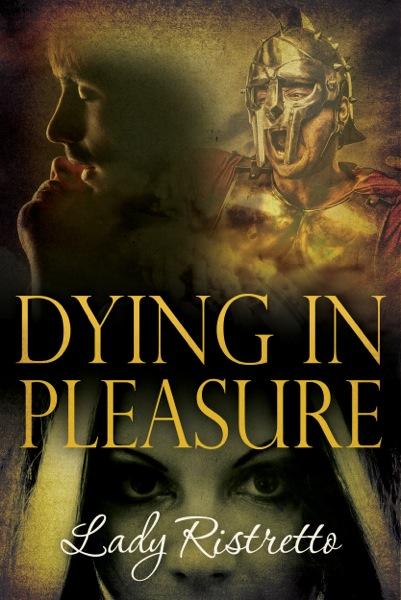 
Lucia, the daughter of the richest family in Pompeii, disappears one night. The mystery goes unsolved and life moves on. The lives of Pompeii's citizens intertwine: Ibis, a prostitute running the whorehouse owned by the Aedile, a city official, gets murdered by his wife Lucy. Lucy falls in love with Narcissus, the most treasured gladiator in Pompeii. The Aedile's daughter, Julia, marries Rust, the man suspected to have murdered Lucia. Maro, Lucia's slave, holds the families together and eventually discovers Lucia when she reappears in Pompeii twenty years later, and as a witch.


The events in Pompeii converged and lead to its ultimate, inevitable destruction. Only Lucia can help the city and save lives. In a ceremony requiring possession by a god, murder, and necromancy, Lucia discovers what is going to happen. But not everyone manages to get away.


Available for Nook and Kindle


LUCIA REFERRED to her patron goddess as Father.  It was more respectful, a gesture insisted upon to mirror and mock Lucia’s upbringing: the Roman father is the family’s absolute authority.  His power is unquestioned.  The lives of his family are to do with as he wishes.  In essence, he is the god of the family.


Lucia howled in rage on the hills; it wasn’t a wholly unique incident, but it wasn’t uninspired by Rust and Maro either.  Lucia had grown accustomed to venting her rage in loud spectacles in nature.  Her Father was pleased and Lucia could hear Her approval.  She liked Lucia to explode: to remain pent up, repressed, and quiet not only kept the emotions in, it kept her power in.
Lucia wanted to wander the fields and find Father in the wilderness, but she was nervous to stray too far from the villa.  On the edge of the woods, now darkening in dusk, Lucia could smell Bacchus out there; He was running toward her at full speed, like an animal galloping toward its prey.  She could hear blood engorge His Penis, and the sound was a storm in her ears.  If she stepped into His wilderness, He would fall upon her.  Father would think the action, the willingness to enter the realm of another god, as disloyalty, a kind of cheating, and give Lucia up to His angry hunger.


Walking the opposite direction, Lucia started on the road back toward the city, to the necropolis she had visited during the night.  The trip had been fruitless—the dead shrinking in terror from her like beaten dogs.  She was used to fear, but nothing this intense or reckless.  The dead were insulting in their terror, shrieking silent obscenities at her.  Rather than taking it badly, and snuffing out what little power their trapped souls possessed, she walked away silently and curious.


Lucia returned to the entombed urns, and felt them quake from her approach.  Normally, having received such hostility and unwillingness from the dead to be helpful, Lucia would respond with threats and violence.  Perhaps seduction was more in order.


In the language of the dead, Lucia said, “Don’t be afraid.  I need your help.”


In their language (with Latin accents from the freshly deceased, who still retained memories of Latin), they replied in an overlapping, echoing gaggle of sounds: “Keep away.”


“I only want to speak with one of you.”


“Away,” they whimpered dusty, silent heaves.


“One of you approached me.  One of you has been haunting my dreams.  One of you brought me back to Pompeii.  I want to speak with her.  If you help me find her so I can speak to her, I will do you no harm.  I swear by my Father.”  Lucia, of course, didn’t use the term Father to the dead—she used one of her goddess’s real name, the name in the language of the dead.  It made the dead shake, the necropolis stones tremble.  Her seriousness startled them; she was trapped by her oath, and they knew her Father would make her keep it.
They had no choice really but to answer her, for by refusing would bring her wrath down upon them.  They echoed and reechoed, chanted one word which became for them a plead for peace: Ibis.


Repeating the name to herself, Lucia let Ibis bring her to her.  There was a small entombment on the east side where the dead poor lodged.  The tombs were less than tombs, less than places for remembering, inhabited by people who were hardly regarded in their lifetimes; but these were ghettos for ashes also thought too powerful to allow in the city, or cast aside in a rubbish heap.  Dead beggars, madmen, slaves, whores, and gladiators there trembled at Lucia’s  approach.  Her voice thundered Ibis and the souls swept aside as if by a blast of wind, leaving Ibis alone to face her.  Invisible, but a clear, solid form to Lucia herself, Ibis stood facing this woman she knew in life only as a legend.


Lucia glared through Ibis’s formlessness and forced the soul of the dead prostitute to assume a physical form.  Only so Lucia would have something to look at and speak to.  Even Lucia preferred to have a face when having a conversation: Lucia treasured the luxury of normalcy and insisted upon it whenever dealing with the dead—no matter what pain it caused.  Ibis winced in the cramped confinement being in her former shape.


Ibis’s mouth moved, and Lucia knew it would require a few moments for Ibis to accustom herself to her form again.  She sighed impatiently: she had no patience for the dead, and their suffering, struggles, and pain angered and annoyed her.  At first, speaking with the dead had been a horror.  Repetition made it an annoyance, and sometimes Lucia wondered if her severe irritation was only self-protection.


Ibis was especially bothersome to Lucia.  In form and in formlessness, Ibis was stained as murdered souls are.


“Help.  Julius,” Ibis said with trembling lips.  She spoke not normally, but in a shrieking rage.  The stones quivered.


“I have no time to be running errands for you,” Lucia said.


“I have been begged by more pathetic souls than you and if you annoy me more I will extinguish you.”


She advanced on Ibis but Ibis didn’t move.  Lucia found herself staring closely into the pained face struggling to hold itself together.  Lucia could see how Ibis’s pale cheeks swarmed in flesh colors like millions of bees.  There was even a small buzz of energy.  It was more disturbing that Ibis didn’t flinch.  Lucia wasn’t accustomed to seeing the dead this close.  Lucia arched her eyebrows.  It was rare to find a dead soul with the ability to think quickly.  “You brought me to Pompeii for a reason.  I thought it was for something more important than carrying messages.”


Lucia opened her mouth to argue, but couldn’t find anything to say.  She felt shame, as it was entirely possible it was true.


Ibis said, “Help Julius.  Something horrible will happen to him.”
“I don’t care about the Aedile.”


Lucia stepped back as Ibis began to cry.  Ibis’s tears were bloody.


Normally, this would not be enough to move Lucia.  She had heard more virulent entreaties and extinguished these souls who asked for less.  But as Ibis cried—an unusual occurrence for a soul—the other dead echoed her “Something horrible”.  Then it became a chant of “horrible horrible horrible”, not just in this necropolis, but all over Pompeii. As if all the dead were chanting to Lucia.


This had never happened before, and Lucia felt afraid. 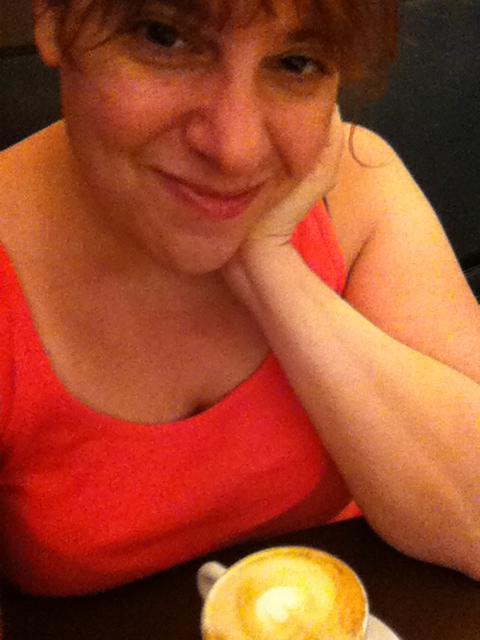 
Lady Ristretto spent the beginning of her career writing under her real name and as a playwright. She has a BA in English from UCLA and an MFA in playwriting from Southern Illinois University, Carbondale.  Her plays were produced in Illinois and Texas, and her most popular work, Wonderland in Alice: The Uncertainty Principle was produced in New York off off off Broadway.


Her first book, Dying in Pleasure, had been a full length play that was rejected as her thesis play: the professors on her committee felt it was too misogynistic and violent for undergraduates to stage. Always stubborn and obsessed, Lady Ristretto spent years rewriting the play into a novel and has recently published it as an ebook on Amazon and Nook. Lady has recently become obsessed with cricket and deeply wishes America would form a formidable team which is worthy to compete in the World Cup.