#Spotlight #Giveaway: 'Confessions of a Punk Rocker' by Nessie Strange 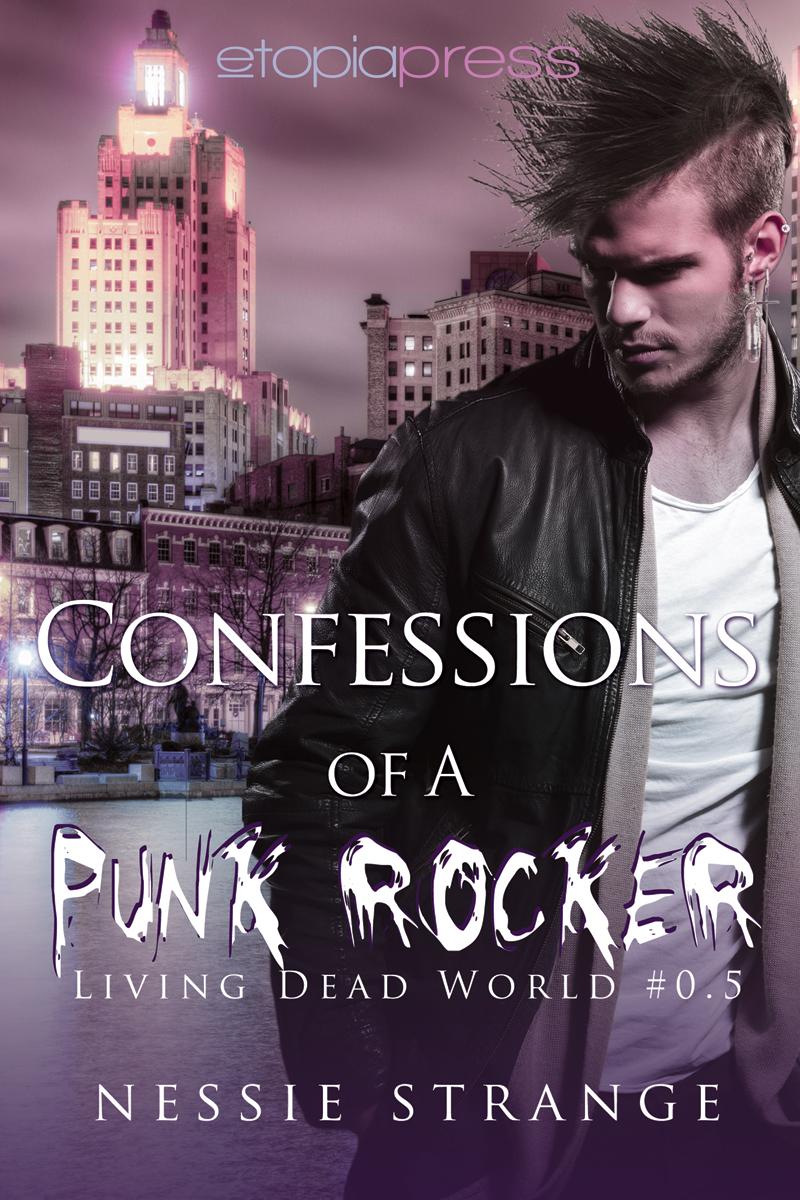 The dead should stay dead...

Jack Norris has just lost his best friend—who also happened to be his band's drummer—to a drunk driving accident. As he struggles to deal with the band's uncertain future and his own personal demons, those issues soon become unimportant. His dead friend has come back. And he's not showing any signs of going away. Questioning his own sanity, Jack finds his life spiraling out of control. But when a new acquaintance not only hooks him up with a drummer, but promises to help get rid of his ghostly stalker, Jack's life does a one-eighty.

Drew MacLellan, the new drummer, is more than just a new set of sticks—he's the brother of the insanely hot Jen MacLellan, who's definitely not Jack's biggest fan. Jen is nothing like the women Jack's dated in the past, but the more he gets to know her, the deeper he falls. The only problem is she's got a boyfriend. Caught between his growing attraction and the desire to do the right thing, Jack does everything he can to keep his distance. But the more he sees of her, the more he realizes he can't. He's determined to win Jen's heart, if only he can figure out how to help his dead friend rest in peace...permanently.

She follows me into the house, and I sing along to the Ramones, really ham it up to try and lighten the mood. I gesture toward the couch, and she sits. It’s kind of a stiff, awkward-looking pose, and I’m not sure if that’s because of me or because she’s upset.
“So, princess. You’ve sunk to a whole new level coming to me for help, haven’t you?” I mean it as a joke, to cut myself down, but she clearly doesn’t find it funny because her eyes fill with tears again.
“Shit.” I exhale a slow breath. I’m a little too good at saying the wrong thing where she’s concerned. I hate this feeling, whatever it is, because I’m on edge. No, I’m self-conscious. On a level I never dreamed possible. Funny how I can stand up on stage and feel like a king, but one girl has me second-guessing myself with a single expression. Of course, it doesn’t help that I’m in front of her wearing only a towel. “Look, I’m gonna go get dressed. Just sit tight, OK? I’ll see if I can figure something out.”
She nods, her face still flushed, but the tears are drying again. And as sick and twisted and inappropriately timed as it seems, my first thought looking at her is that this whole disheveled look she’s sporting is sexy as hell. OK, I need to leave the room, now. I realize as I shut the bedroom door behind me that my heart is pounding. I close my eyes and take a deep breath. Don’t be fucking stupid, Jack. That girl wants nothing to do with you. Not to mention, this is not the time to be having thoughts like that. Yet, the image that flashes into my brain is Voodoo Chick, and that matter-of-fact way she says I know you dig her, there’s no point in denying it. Do I? Yeah, she’s attractive, but I see attractive women all the time. But they don’t make me feel like a moron when I’m around them, not like this girl. What kind of a fucking joke is this situation?
I take my time getting dressed. Mostly it’s to compose myself. No need to treat her any different than any of my other friends. There’s no point in letting myself stress over a girl I can’t have. Wait…is that what it is? Do I want her because I can’t have her? I frown at my reflection in the mirror. No, that’s never been my style. Why waste the effort? That’s always been my philosophy. Which means, I really am into her. Fuck.
What a stupid, inconvenient time for self-realization. I head back downstairs, stuffing that newfound realization into a little compartment somewhere deep inside me. Well, it doesn’t matter anyway, does it? She’s got a boyfriend. She doesn’t even like me. And there it is. Truth, but it stings. That little compartment won’t stay shut now. The lid keeps popping open, and what’s inside taunts me.

Nessie is a Massachusetts native and mother of two who has dabbled in everything from abstract painting to freelance sports reporting. She also loves a good story, whether it's reading or writing one. The first two novels in her Living Dead World series--Living Dead Girl and Reaper Madness--were published in 2014.