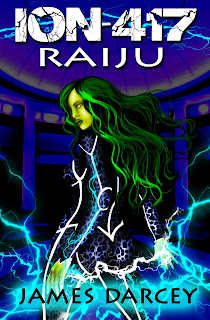 With this discovery, she made plans

of her own. Plans that had her traveling across half the galaxy in search of

her mother’s people. It’s a long and dangerous journey for an inexperienced

girl. How well can she trust her happenstance companions? What welcome will she

find at her journey’s end? 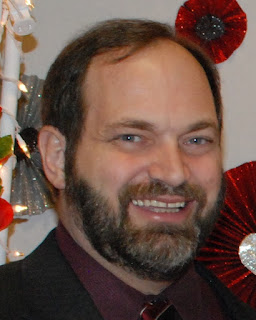 James was born in the middle of a tropical swamp on the third planet orbiting a distant yellow star. Growing up the son of a military father meant that books

were among the best friends he could have. They traveled with him every time he moved, and took him on adventures that nothing short of a trans-dimensional portal could hope to achieve.

he resides in a place called Utah, on the shores of a dead sea, with his wife

and fellow author Molly. His days are spent catering to the whims of machines

that devour people whole, and regurgitate them at distant locations. At other

times he is working on his writing. The current projects include continuing the

adventures of Ion in the fourth book of the series, adding to his epic fantasy

series, and the saga of the Stargate Thieves.


The woman bowed slightly with her greeting, "Please forgive me! I didn't know they had brought you with them. Hirohito! Saiyuki! Get the table set for our guest as well. You will join us for dinner?"
She had made it both as a statement and a question, as though she was being polite, but refusal wasn't an option. There was more that she wanted to say. That was obvious with the look in her eyes. I didn't mind the implied assumption in her words. The smell of the food had awakened my stomach into thinking it needed sustenance. I agreed to stay if she would allow me to assist. This pleased her, and yet she refused my offer, still insisting I join them for dinner. Even with the offer of joining them for the meal I could see something troubled her. With my acceptance she leaned down to whisper a question to Hiro.
"We told you; it's because they are filming the movie. She's a space hero. You ought to see her space ship; it looks so real!"