Blurb:
When a serial killer breaks into the home of bestselling author, Sage Quintano, she barely escapes with her life. Her husband, Niko, a homicide detective, insists they move to rural New Hampshire, where he accepts a position as Grafton County Sheriff.
Sage buries secrets from that night—secrets she swears to take to her deathbed.
Three years of anguish and painful memories pass, and a grisly murder case lands on Niko’s desk. A strange caller torments Sage—she can’t outrun the past.
When Sage’s twin sister suddenly goes missing, Sage searches Niko’s case files and discovers similarities to the Boston killer. A sadistic psychopath is preying on innocent women, marring their bodies in unspeakable ways. And now, he has her sister.
Cryptic clues. Hidden messages. Is the killer hinting at his identity? Or is he trying to lure Sage into a deadly trap to end his reign of terror with a matching set of corpses?
Buy links: 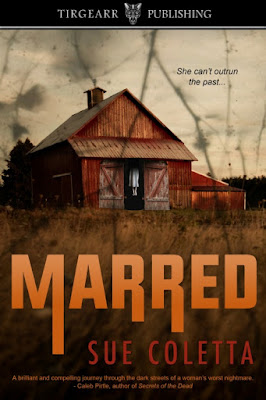 Member of Mystery Writers of America and Sisters in Crime, Sue Coletta writes psychological thrillers, mysteries, and suspense with grisly plots and complex storylines that are sure to keep readers flipping pages late into the night. A four-thousand-word excerpt of Marred scored first placement in Murder, USA, an anthology. When she’s not writing or reading, she enjoys nature, animals, and family. Bear shows and zoos at places that treat animals with respect are her personal favorites. 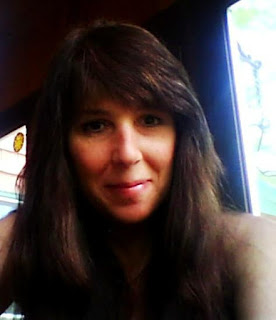