Andrew Hess is a resident

Long Island, New York City and the Dutchess County areas. In 2011 he debuted

with his first book Chamber of Souls, a small book of free verse poetry which

to feel like he lost everything after a rough break-up. In 2013, Andrew debuted

TheWritersRevolution13.blogspot.com where he interviews and promotes other

authors in order to assist indie authors get more exposure. Andrew is also a

frequent guest on the Anthony Charles Podcast, a show dedicated to creative

professionals as they give insight into their works and the lives they lead;

This action packed thrill ride will leave you on the edge of your seat. 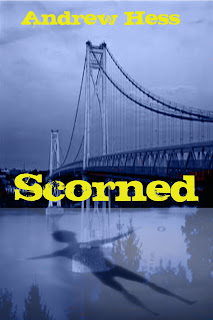 What do you do when your biggest case has come to an end? Stuck with mandatory desk duty, Detective Ali Ryan's life as she knows it, is over. Six months without any action brought out a hunger to get back in the field. What she got, was much more than she bargained for.


The body of Blake Ambrose, one of the best defense attorneys in Dutchess County, has washed up on the shores of the Hudson River. Is this the case that will get her back on her feet?

Or will it end up being her last?

Character Casting
Detective Ali Ryan-she is by far one of the hardest for me to cast. To fill this role, the actress would have to be smart, funny, sexy, a take no nonsense kind of woman. I can thank the show Marvel’s Agent’s of S.H.I.E.L.D. for bringing this actress into the mix this season as well. The woman that would best fit the role for Detective Ali Ryan would be Adrianne Palicki

Officer Rodney Johnson-he is the strong former nightclub bouncer turned cop. His size and demeanor is intimidating, but since meeting the love of his life, getting married and having a kid, Rodney Johnson has shown a more sensitive side as well. Shemar Moore would be a good fit despite not being as tall as I would like.

Amanda Ryan-Many would think Amanda Ryan would be a naive college girl that’s fallen for a bad boy, but that’s not entirely true. Since moving to New Paltz and having her big sister around, who happens to be a bad ass cop, she is more grounded and wants to know any good dirt on Ali’s cases. A fitting actress for this role would be Emma Roberts.

Shawn-Mark L. Young played a great role as Scottie P. in We’re the Millers and feel he could pull off the role of Shawn much better than anyone I can think of.

Matthew-is a man of mystery and passion. The man to fit that role would need to do the same. Someone that has the look that could drive a woman wild and still have you guessing his intentions would be Amin Joseph.

There are only two new characters in this book and 2 new supporting characters.

Detective James Thornton- He is one of those guys that give a horrible first impression. He's cocky, arrogant, and convinced he can get anything he wants. But beyond the bad boy image he personifies, he's a man with a heart of gold. When it comes to women, he's trouble with a capital T.

Doctor Claire Cain- She's the good girl gone bad. In school, she was the one who always got the highest grades, was valedictorian, and made the Dean's List. She personified success. But after facing the most traumatic moment of her life, she decided being good can only get you so far.

Sheila- One of Claire's best friends and works as her personal assistant/secretary. She has a wild party girl personality and always on the hunt for another man.

Rebecca- Another one of Claire's best friends. She's more sensible and level headed than Sheila. She works at a law firm in Dutchess County, but knows how to use her feminine wilds and sex appeal to get what she wants. She's very good at manipulating others both in court and in her personal life. 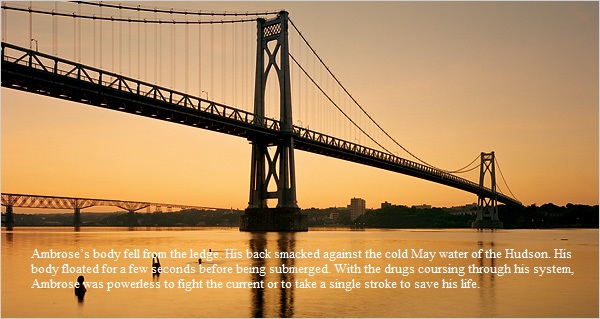