Marni Graff had a successful career as a registered nurse who wrote on the side before writing full time. She has a degree in English Lit and studied Gothic Mystery at Oxford University in England. She also wrote articles for Mystery Review magazine, where she interviewed many of the authors whose work she admired. 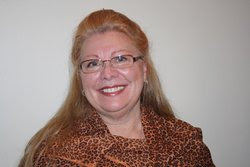 Marni is the award-winning author of The Nora Tierney Mysteries, set in England. The Blue Virgin introduces Nora, an American writer living in Oxford. The Green Remains and The Scarlet Wench trace Nora’s move to the Lake District where murder follows her.  In process is The Golden Hour, set in Bath, England. Premiering in the next few months will be Graff’s new Manhattan series, Death Unscripted, featuring nurse Trudy Genova, a medical consultant for a New York movie studio. This new series is based on Marni’s favorite nursing job in real life.

Marni is also co-author of Writing in a Changing World, a primer on writing groups and critique techniques. She writes crime book reviews at Auntie M Writes and is Managing Editor of Bridle Path Press, an author’s cooperative. A member of Sisters in Crime, Marni runs the NC Writers Read program in Belhaven which allows writers experience reading their work out loud and getting immediate feedback.

I am not a strong swimmer and have a fear of drowning, so don't feel comfortable in water over my head!


4. What is your largest unfulfilled dream, and what are you doing to reach it?

It had been to have a book in print and be recognized as an author; now I have four in print, award-winders in there, so I am blessed, lucky, fulfilled and happy in my second career. 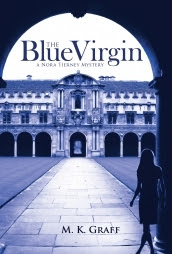 Despite a planned move, the mysterious death of photographer Bryn Wallace keeps American writer Nora Tierney glued to Oxford in order to clear her close friend, artist Val Rogan, who has been wrongfully accused of Bryn's murder. Or has she?


Nora quickly becomes embroiled in the murder investigation, much to the dismay of two men: Detective Inspector Declan Barnes, the senior on the case; and Simon Ramsey, the illustrator of Nora's children's book. Simon's efforts to save Nora from herself become increasingly frantic as Nora is forced to push her way into Declan's case, using her wits and her wiles to prove Val's innocence.


The first in a series of Nora Tierney mysteries based in the UK, The Blue Virgin is a compelling story of love and intrigue. Nothing, Nora learns, is what it seems, and even the most innocent of choices can lead to murder and revenge. Set in the ancient city of golden spires, the setting lends itself to mystery, as any Inspector Morse fan will agree. The novel is written in classic English style, complete with a cast of characters and chapter epigraphs that add to its literary feel.

that weighed it down the silver chain down, issuing his pen to gently withdraw


"Rodgers, get a snap of this thing, will you?"

he asked the photographer, who appeared quickly and took several from different

angles as Declan held it aloft. He dropped the pendant back inside the woman's

shirt, pondering its significance. Was it a personal choice or had someone

given it to her?