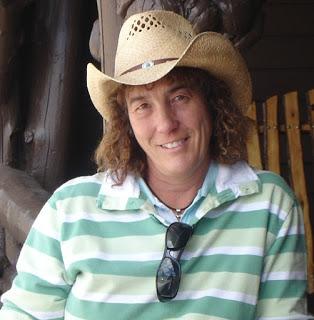 Cas lives in the lovely county of Hampshire, southern UK, where she was born. On leaving school she trained for two years before qualifying as horse-riding instructor. During this time she also learned to carriage-drive. She spent thirteen years in the British Civil Service before moving to Rome, Italy, where she and her husband, Dave, lived for three years. They enjoy returning whenever they can. Cas supports many animal charities and owns two rescue dogs. She has a large collection of cacti and loves gardening. She is also a folk singer/songwriter and is currently writing and recording nine folk-style songs to accompany each of her fantasy books. You can listen to and download all the songs from her website: www.caspeace.com
See the video of her performing live at the King’s Enjoy book launch here:
http://www.caspeace.com/cas-peace/the-wheel-will-turn
Find out more at her website: www.caspeace.com


Q&A With the Author:
3. What do you fear most?
I’m claustrophobic, so being trapped in a tiny dark space would be my worst ever fear. I don’t enjoy flying because of it, although I make myself do it. My second greatest fear is thunderstorms – I seem to be quite stupidly phobic about them, too!
4. What is your largest unfulfilled dream, and what are you doing to reach it?
When I left school, my greatest desire was to be a top-notch horse rider and showjumper. Unfortunately, I don’t have very good balance, so although I’m a reasonable rider, I never made the grade to be top-notch. I got over the disappointment and now simply take pleasure in what riding I can do. I adore Frieisian horses and write about them in my books. 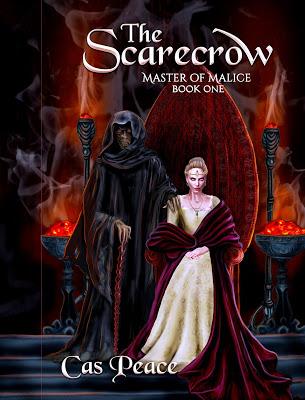 Pure evil resists all attempts to destroy it, seeking only its ultimate vengeance.Three years have passed since Reen’s trial and exile and changes have occured at the Manor. Taran now resides in Loxton Castle as Elias’s Court Artesan, with Sullyan, General Blaine, and Colonel Vassa all making regular tours of guard duty there. Accused of corrupting her daughter Princess Seline, the disgraced former queen, Sofira, has been exiled to Bordenn, where she nurses a bitter heart. And a terrible scarecrow creature has taken roost in a dank cell below the palace of Lerric, Sofira’s father.Word reaches Sullyan of Reen’s suicide. The lack of a body and a series of dreadful events in Port Loxton—a vicious murder, a brutal ambush, and a devastating fire—raise doubts in her mind. She launches an investigation, unsuspecting of the evil that’s about to be unleashed...


Grab your copy of the book today!

“Daughter, forgive me, but I must ask you again; are you sure, are you completely sure this is what you want? You haven’t seen him yet, you haven’t spoken with him. I have to tell you, he is not the man you remember, no matter what his letters suggested.”
Lerric was sitting with Sofira on the bed in her luxuriously appointed chamber, autumn sunlight streaming through the window. Its warmth helped alleviate the horror he still felt after his earlier meeting with the creature Sofira had begged him to save. The king held fast to his daughter’s hands, mainly to disguise the tremble of his own, but also to convey his intense unease. He looked earnestly into her hard gray eyes and willed her to hear his concern. Despite his fear, he was loath to reveal precisely what had taken roost in that fetid cell far beneath the palace floors.
Sofira stared back at him, hearing his care for her, seeing his distress. But it seemed she could not understand his concern, for her brittle eyes glazed with tears. “Don’t you want me to have back what was taken from me, Father?” Her colorless face was animated with hurt. “You know how unhappy I’ve been since I was forced to return here. You know how I ache for my children.”
Lerric nodded. “I know it’s been hard for you. At least at the castle Elias allowed you access to them—”
“Access?” Sofira snarled. “What use is access to me? Never allowed to be alone with them, never to take them out of my prison, never to walk in the park with them? He doled out time with them as if giving tidbits to a dog, and kept me kenneled like one, too. And I a Queen! How could you condone that?”
Lerric thought better of reminding his daughter she had ceased to be a queen when Elias dissolved their marriage. And in light of what she had done—misled by Reen or not, she couldn’t pretend ignorance of the risks she had run—Lerric considered her fortunate not to have suffered the death penalty. Not that he could tell her that, either.
He spoke soothingly. “I didn’t say I condoned it, daughter, and you know I never wanted to see you separated from Eadan and Seline. It’s just that . . . Sofira, are you absolutely convinced Hezra is sane?”
Sofira froze. She stared at her father, a biting retort on her lips. But then she realized he was only trying to protect her, clumsy though he was. She relaxed her spine and smiled.
“Oh, Father, of course I’m sure. Do you think I wouldn’t know if something had affected his mind? It’s a clever ruse, a ploy he’s devised to make them relax their vigilance. Didn’t you read his letters? Didn’t you feel the sincerity in his words, his deep desire to restore all I’ve lost? And don’t forget, my restoration will also benefit you. You’ll be more than recompensed for your trouble and the support you continue to give us. We’ll not forget you or Bordenn when I am once again Albia’s High Queen.”
Lerric doubted that. He had seen the light of fanaticism in the scarecrow’s eyes, the driving desire to control, the fervid lust for revenge at any cost. Reen might be willing to accept the title of consort for now, but Lerric would not bet much on him being happy with a supporting role for long, not once the reins of power were in his hands. Sofira was clearly already under his spell. He had cunningly charmed her from within his prison, writing her words of contrition, loyalty, and love. In her beleaguered state of angry, lonely sorrow, brought on by the conditions Elias had imposed on her, she had been easy prey.
Lerric shivered. Why should that word—prey—cause his heart to constrict? Why did it conjure images of ragged carrion birds feasting on a corpse?