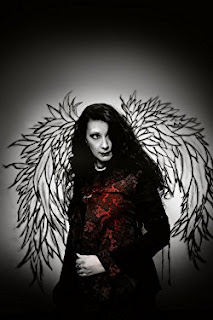 Claudette Melanson writes & edits in Kitchener, Ontario, with her husband Ron and four bun babies: Tegan, Pepper, Butters & Beckett. She graduated from Indiana University of Pennsylvania with a BA in English and an MA in Literature. She's wished to be a Vampire since age five. She hopes to one day work full time as an author, since there are many, many books living inside her head.

The death of one of my bunny furbabies.

4. What is your largest unfulfilled dream, and what are you doing to reach it?

Te be a New York Times best-selling author, and in order to reach that goal, I keep writing as much as I can.

5. What is the hardest thing you've ever done?


Have to put my bunny, Cuddles, to sleep.

The 3rd book in the 1st of several trilogies featuring Maura & her family! 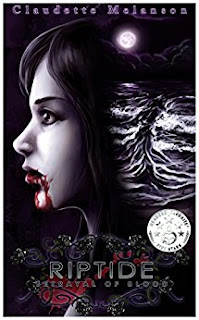 Not only do both her parents—her distant but loving mother and recently- returned father—remain absent from her life, but due to the hideous error in judgement executed in collusion with her best friend, Valdamir, and adoptive sister, Susie, Maura has been cut off from the pair’s friendship and support, forbidden by both her father and the fallout from the dire outcome to see either of them. The heartbreak she suffers, brought on by the weight of these estrangements, is only intensified by the continued mysterious absence of her supernaturally-destined mate, Ron…whose disappearance delivers grave consequences Maura would have never dreamed possible…

Despised by her vampire cousin, Aldiva, for reasons Maura cannot yet comprehend, the young changeling will be forced to guard her back with every step, as she comes to realize this member of her vampire family would love nothing more than to bring about her demise. Aldiva’s wrath calls forth other members from both Vancouver covens, forcing them to rush to Maura’s aid—even though her father, their king, has expressly forbidden the other vampires to initiate contact with his daughter. Will her extended family on Vancouver Island obey, abandoning Maura to her doom, or will they instead rebel against Maxwell’s wishes in order to save her life?

In addition to the menace personified in her unsolicited enemy, the unlikely vampire princess will find herself drowning as she is pulled down into the depths of a far more devastating crisis…one which may condemn her to a fate she considers much more undesirable than death. But in order to tear herself free from the deadly pull which is drawing her under, Maura must enlist the help of her preternatural family, exposing her newfound friends to a danger none of them have ever had the misfortune to face before. Can she be saved or will the riptide drag Maura under…along with those she loves the most…

In this third and final book of The Maura DeLuca Trilogy,the first of several trilogies to come, the reader will delve even deeper into the secrets guarded by Maura’s father, the mystery of Ron’s role in her life and the identities of the mysterious Vancouver Island Coven members who have, up until now, remained hidden in the shadows. This trilogy rounds out the segment of Maura’s life during which she discovers she is a member of The Born—a human destined to complete her transformation into a vampire! This series of young adult fantasy novels has been enjoyed by readers of nearly every age and are found by them to be dramatically different from any other vampire books they have read in the past. Discover a magical world filled with fae, angels, elves, pixies and other enchanting creatures in addition to two families made up of some of the most likeable vampires—for the most part—to ever exist.

grounds with an intense concentration she found comical. “Are you going to have

some?” I asked, peering out of the corner of my eye at her as I pushed the brew

your father, I am not in the habit of sipping at long-lost beverages. If I took

anything to drink while visiting, My Dear, it would be you.”

before I could squash my alarm. She loved to come out with statements rife with

shock-value just so she could laugh at my reactions. Although she did this

often, I still hadn’t learned to quell my startled expressions, placing myself

to beat her at her own game. “Absolutely.” I affixed a warm smile in place and

called my bluff. “Oh! I was hoping you would grant me permission someday! You

do smell delightful.” Millicent did take a sip of me, albeit a tiny one, but it

earned her another deer-in-headlights-of-a-very-large-truck expression from me.

her dusky laughter. “Seriously, though, you taste very nearly like him.”

that as a compliment.