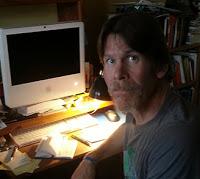 Tim Hemlin is a graduate of the University of New Hampshire, having studied with poets Charles Simic and Mekeel McBride.  He has published in poetry journals, anthologies, and magazines--most notably in Ellery Queen.  Currently he has six published novels, two short stories and is included in an anthology.

By day he is an educator; however after teaching ELA for 22 years he decided to put his master's degree to work and is now a high school counselor.  In addition, he is an avid marathoner, fly-fisherman, and outdoorsman.  He lives just outside Houston, Texas with his wife Valerie, two dogs and a cantankerous cat.

Q&A With the Author:
What writers inspired you to become an author?
When I was in 7th grade my English teacher, Mr. Perry Onion, handed out this thick paperback to the class and at first I groaned. The Hobbit? What in the world was a hobbit? It sounded dumb. The only books I’d read at that point had been about sports, and they had pictures, too. Mr. Onion introduced the book and read the beginning to us. He then told us to take it home and read the next couple of chapters. I read that and more. I couldn’t put it down. I decided right then and there I wanted to be Gandalf when I grew up. When I told Mr. Onion how much I liked The Hobbit, he mentioned there were three other books like it. My parents were shocked when I told them I wanted to read The Lord of the Rings, and they went right out and bought me the series.  I read every word. Finding myself in Middle Earth surrounded by all these fantastical creatures not only made me want to read more, it made me want to become a writer.
Not long after being introduced to Tolkien I read Hemingway's Old Man and the Sea. Quite a different style but it only reinforced my desire to write. Other authors who have influenced me include Donald Hall, John Gardner, Robert B. Parker, Dashiell Hammett, Phillip K Dick, Frank Herbert, Stephen King, Virginia Woolf, T.S. Eliot, Kurt Vonnegut, and the indomitable Henry James.
Connect with the Author here:
~ Facebook ~ Website ~ Amazon ~
~ Newsletter ~Twitter~ Goodreads ~
Find all of Jim Hemlin's Books Here 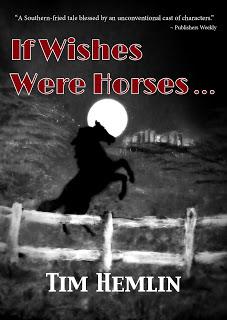