A CAROLINA CHRISTMAS by The Pamlico Writers 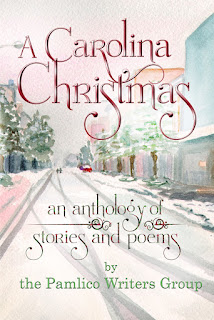 prose and poetry from our 2015 and 2016 competition winners.

plums. While there is still a smattering of stars sprinkled through the pages

and a little glitter and artificial snow lighting up a few plastic Santas,

these stories are filled with more than ornaments and figgy pudding. From

truest gift of Christmas is still found to be family, faith and friendship. But

these stories are not fairy tales and every holiday is not Peace on Earth.

“Readers are in for a holiday treat

with the 2016 Pamlico Writers Anthology with its Christmas theme.” ~Marni

Graff, award-winning author of The Nora Tierney English Mysteries and The Trudy

Carolina Christmas establishes itself as a holiday classic, a must read.

and Cries of Innocence, a five-star

Suzannah Lynn Cockerille: How I Can Be So Sure Santa is

I am Laughing with Bears (#2), Elizabeth Bishop Attends to the

Ted Harrison: In The

Lupton-Hollister: Lexie and Ethel, Season of Hope, and Three

Sparks: The Most Wonderful Time of the Year

Courtney Staton: A Letter From a Gifted Kid (2015

Group is from the Innerbanks of North Carolina, where the Tar and the Pamlico

rivers meet in the town of little Washington. They’re housed just off the river

still standing in North Carolina and home of the Arts of the Pamlico. The


The Turnage Theater stands on Main Street just one street over

from the waterfront. The town of Washington is on the Inner Banks of North

Carolina, where the Tar and Pamlico Rivers meet, just down the sound from the

Atlantic Ocean. Forestry, watermen, and Military history are abundant in

anthology to assist in this, our fifth annual Pamlico Writers Conference March

Lupton-Hollister in charge of planning, theme and media

Kay Wilson assisted with all aspects of planning and media

Doris Schneider in charge of editing and cover planning 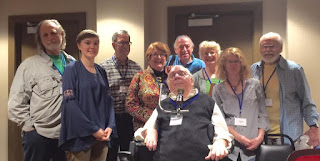 was awarded in each student contest. 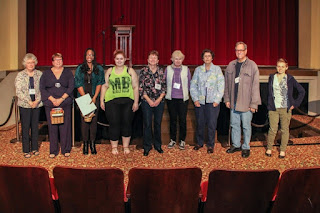 
Heather Bell Adams and Lane Schroeder were not present.


Connect with the Group here: 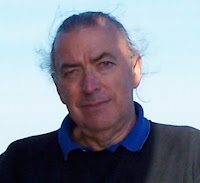 Richard began writing after retiring, about six years ago. Since

then he has been a winner in a number of writing contests. He is a two-time

winner in both the Pamlico Writing Contest, and the Carteret Writers Contest.

This year he was also a winner in the Porter Fleming Literary Competition,

sponsored by the Morris Museum of Art in Augusta, Georgia. Richard’s favorite

genres are nonfiction and fiction. He currently resides and writes on Harkers

Island, with his wife Jill and Labradoodle Rosie.

homeschooled from K-12, and has always loved writing. She is also voracious

reader, and has made her way through a list of "100 Books From Classic

Literature to Read Before You Die.”

enjoyed volunteering and then working at her local children’s library. Other

activities include performing with Smiles and Frowns Children’s Theater, taking

Engineering Fair, singing in church choir, and learning sign language with her

friends. She is currently pursuing a degree in Speech Therapy at BYU 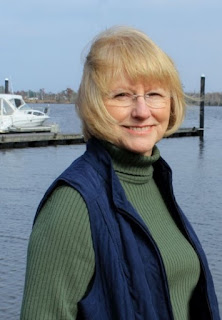 Doris was born in

Rosenburg, Texas, but moved all over the United States and Canada as a child.

She moved to North Carolina in 1971 where she has spent most of her adult life.

She taught Theatre Arts at William Carey University in Hattiesburg,

Mississippi, and at North Carolina Central University in Durham. She has

written numerous articles for professional journals, a theatre textbook (The

Art and Craft of Stage Management), and two novels (Borrowed Things and By

Way of Water). She is currently working on another novel, The

Little Drummer Girl, and a collection of short stories. Doris is an

artist/owner of the Lemonade Art Gallery in Washington, where she displays her

Doris Schneider has been

the driving force behind the Pamlico Writers Conference since its inception.

Me:  You have had

an interesting life from traveling as a child to your years in academia.

Juggling your life, work and leadership of the Pamlico Writers Conference; how

has your experience influenced your art? Your writing? Your leadership? How did

the conference come to be?

My writing and my life seem to have “grow’d like Topsy”. I paused in this

writing to look that idiom up. It refers to a fictional character from Uncle

Tom’s Cabin by Harriet Beecher Stowe, and means something that grows

in spurts without design or intention.

That describes my first novel—something

along, often without direction or control. It also describes my life which has

meandered across this continent, through the arts, and through relationships. The

only thing stable has been my love of family and of teaching.

as a professor of theatre in higher education, I retired and moved to

Washington with I ½ unedited novels on my computer. Writing had been my bridge

over the empty chasm I felt without teaching in my life. So the first thing I

did was join a journaling class to hone my writing skills, to make sense of my

past, and to meet other writers. I soon found myself writing longer pieces that

were often fiction rather than journal entries limited to my own experiences.

Somehow, a brochure about a literary symposium in New Bern found its way to my

mailbox. The event included a writing competition. So I rewrote two of my

favorite stories, one fiction and one non-fiction, and sent them in.

In the meantime, my

bed for a month while I ran up and down the stairs, seeing to his every need. I

received a phone call that I was a winner in the competition, but they would

not tell me what place I had won or for which genre. My protective negative

I found someone to sit

with my husband while I attended the awards ceremony with a friend. It was held

at the Bank of the Arts and was a lovely affair. The spokesperson called the

names of the winners, beginning with poetry, then non-fiction, then fiction.

For each genre, the honorable mention, then third, then second, and finally

first place was called. When she started on non-fiction, I was ready to step

forward for my honorable mention. But my name was not called. With each level,

I was ready to step forward. Then she began with fiction and the same thing

occurred. My foot was raised and ready with the calling of each name. Finally, the

only category left was first place fiction. My friend and I looked at each

a winner by mistake. Then my name was called.

I have heard my name

called before, and I have received awards before, but this was different. After

a month of nursing my husband, in a town where we were still new with few

friends, still recovering from the trauma of retirement, I needed this moment

of confidence-building in the new art form that had become my passion.

Encouraged, I joined the

serious writers. After another year, the New Bern conference and competition

ended. Knowing how important that event had been to me, I wanted it to be an

accessible opportunity for other writers in eastern North Carolina. So I asked

Jim Keen, the leader of the PWG, about holding a conference in Washington. He

liked the idea, and I offered to talk to Joey Toler, the head of the Beaufort

County Arts Council, about helping us sponsor it. The Pamlico Writers

Conference and Competition was born.

As hosts of the event,

we could not participate in the competition, but we could recreate each year

encouragement and confidence to persevere and grow (like Topsy). 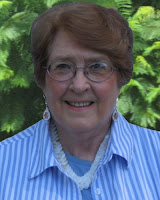 Merry holds a BA and an

MA in English from Southern Methodist University. For fifteen years, she taught

at both the high school and university level. Then she discovered more people

wanted houses than grammar and switched to a career in real estate.

returned to her love of words and began writing. She’s sold over a dozen short

NC with her husband of nearly fifty years, Bob. 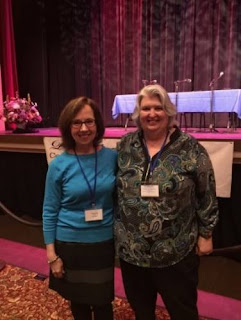 Sherri has been writing and dreaming since she was a young child. After they

raised six sons, her husband asked her what she was waiting for! With the help

of her friend, library supervisor Robina Norman, Sherri attended a couple of

writers, she joined Romance Writers of America, Heart of Carolina, and Pamlico

Writers Group and began pursuing a career as a writer. Sherri writes romantic

suspense with southern grit and charm, set on the coast of North Carolina.

Member of the Pamlico