In an electric-powered Victorian London, Dr. Eliza Jekyll is a crime scene investigator, hunting killers with inventive new technological gadgets. Now, a new killer is splattering London in blood, drugging beautiful women and slicing off their limbs. Catching The Slicer will make Eliza’s career – or get her burned. Because Eliza has a dark secret. A seductive second self, set free by her father’s forbidden magical elixir: wild, impulsive Lizzie Hyde.
When the Royal Society send their Enforcer, the mercurial Captain Lafayette, to prove she’s a sorcerer, Eliza must resist the elixir with all her power. But as the Slicer case draws her into London’s luminous magical underworld, Eliza will need all the help she can get. Even if it means getting close to Lafayette, who harbors an evil curse of his own. Even if it means risking everything and setting vengeful Lizzie free …
Buy Links:
Amazon
Barnes and Noble
Viola Carr Bio: 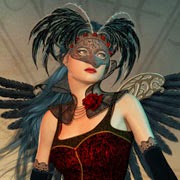