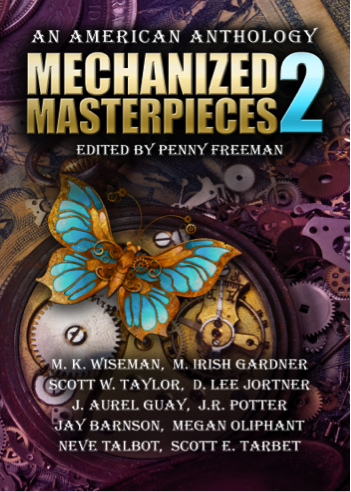 
Ride into the Wild West with ten steampunked expansions of classic American tales.


A Princess of Jasoom: An intrepid young researcher reaches for the stars from the Arizona desert, and finds love where she least expects it.


Winged Hope: The widow of a brilliant inventor fights insurmountable odds to see her husband’s dreams realized and save the life of her daughter.


The Van Tassel Legacy: A stranger arrives in Sleepy Hollow to unearth old conspiracies and bring the Van Brunts to justice.


Invested Charm: A mysterious woman doles out justice in Boston society, but who will catch her first: organized crime or the law?


Payoff for Air Pirate Pete: A pair of train-robbing outlaws bite off more than they can chew when they kidnap the son of a railroad bigwig.


Rise of the House of Usher: A mad scientist gains power over life and death at the cost of his family’s sanity, if not their very lives.


The Silver Scams: A fast-talking confidence man ensnares all of Holland in his scheme to eliminate dikes forever . . . for a price.
Nautilus Redux: Captain Nemo’s crew stumble upon an island castaway who claims to be Captain Ahab of the Pequod. Only Moby Dick knows the truth.


Mr. Thornton: Hounded by tragedy and betrayal, a gifted young blacksmith wanders from The Ohio to The Yukon searching for honor, loyalty, and justice.


West End: A heartbroken Theodore Laurence follows the siren song of steam to Jamaica, where love and law collide with explosive results. 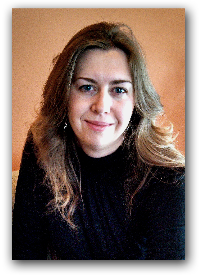 M. K. Wiseman
A Wisconsin gal with a Southwest soul, M. K. Wiseman can generally be found wandering happily amongst the pages of the largest book she can get her hands on. She came upon writing rather accidentally, finding that, sometimes, there are stories that simply must be told. “The Silver Scams” is her third short story published at Xchyler. Other titles include “Clockwork Ballet” in Mechanized Masterpieces: A Steampunk Anthology (2013), and “Downward Mobility” in Legends and Lore: an Anthology of Mythic Proportions (2014). A fantasy novel is scheduled for release in 2015.


A techie with a penchant for typewriters, she is a magnet for misadventure, though her own story has yet to unfold. Harboring such dreams as someday possessing a library complete with hidden bookcase doors, piloting a hot air balloon, and running away in a sailboat, she currently subsists contentedly between worlds, plotting and dreaming.
Google + | LinkedIn | Amazon | Goodreads | Pinterest

Q/A with M. K. Wiseman; Character Casting and Favorite Things
1. Please share how you came up with the concept for your story?
Hans Brinker, of The Silver Skates, makes a couple tantalizing references to a Jan Kamphuisen and a “young Hoogsvliet” – two former friends of Raff Brinker. (Chapter 37 notes Jan as being in jail and the other companion dead the past five years.) Holland being mostly below sea level, I thought: “How fun it would be to have a couple of hapless cons trying to bilk the government out of fantastic amount of money in exchange for lifting the land above sea level–steampunk style, of course.” Alls I had to do was give Mr. Hoogsvliet a first name and the rest just fell into place.
2. Please name some of your other published works?
I have two other short stories published through Xchyler. “The Clockwork Ballet” found a home in the first Mechanized Masterpieces. The story puts forth one idea of what might have occurred after the conclusion of Gaston Leroux's Phantom of the Opera. And “Downward Mobility” in Legends and Lore happened when I decided to try my hand at a bit of light paranormal fiction.


3. What is your preferred writing genre?
If I look to the works in progress on my hard drive, I'm rather surprised at myself. Looks like I've a tie between YA fantasy and steampunk.


4. And preferred reading genre?
YA fantasy. Especially the older stuff—30 or 40+ years old.


5. What are your top 3 favorite books?
Enchantment by Orson Scott Card.
The Gammage Cup by Carol Kendall.
A Salty Piece of Land by Jimmy Buffett


6. Do you have any particular writing habits?
I have a special “writing chair,” I tend to write long-hand into yellow legal pads during the planning stage, and I love a bit of background noise—but not music, because then my brain latches on to the melody. (I have become addicted to the website Coffitivity.)


7. Do you have a playlist that you created while writing your story?
Nope. I know that's a thing but I don't do it. Is someone else wants to, however . . .


8. Panster or plotter?
Plotter all the way. Before I sit down to craft my (color-coded!) outline, I write my “wish list” rundown of the plot. This blocks in and states in print the “things I want to happen absolutely and for certain.” Then I go through and make an outline that makes sense of the mess I just jotted down. Some of my “wish list” items don't end up making the cut and sometimes they're changed by my simply having a greater understanding of how this story will work. But once I've locked in the plot, there is very little wiggle room.


9. Advice for writers?
Write. Dream. Play around with stories. I've elsewhere compared writing to drawing—daily practice makes you better. Keep doing it and learn from what you are doing. Also, read. Read a lot. And then re-read. We all have favorites we've read two-dozen plus times. There is a reason some books get a hold of us that never let go.
10. What's up next for you?
I have a YA novel in the works. Slated for release later this year.


Character Casting: Who would you cast for your main characters and why?
Vinnie Jones as Jan Kamphuisen. I don't even think I need to say why on this one, do I? I mean talk about your perfect blend of hired muscle and softie smile. We'd have to address his accent, though.


Pier Hoogsvliet gave me pause, however. He's a bit too styled, too flamboyant for me to just grab a name. Am thinking it might be fun to see Neil Patrick Harris in the role.