By Penny BJ - February 15, 2015
#Romantic #romance or #Erotica, #Valentine’s Week celebration, Day 2 and it's time for an Excerpt!

I'm happy that I can share with you an excerpt from Zack Love's "The Syrian Virgin"! 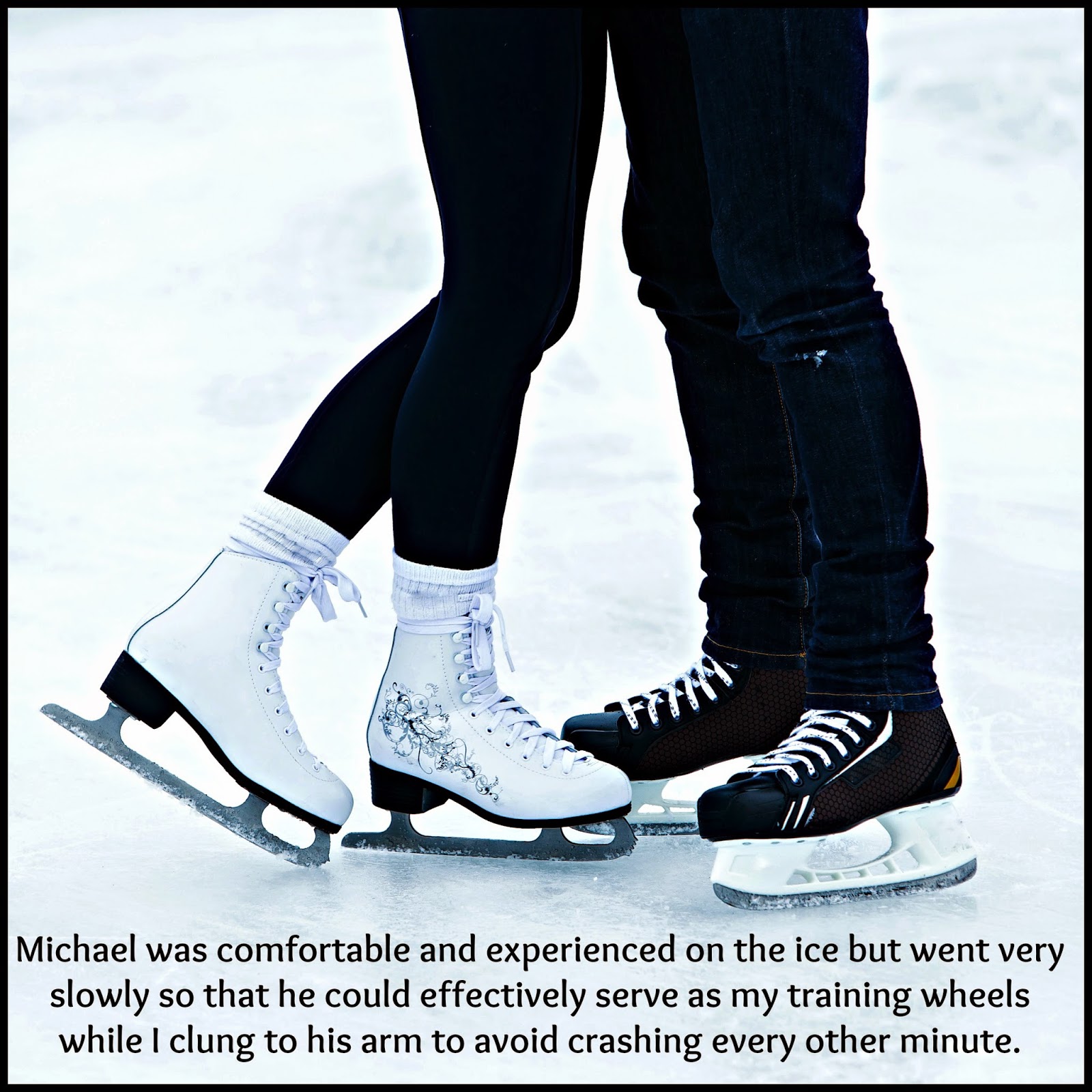 The scene (from "The Syrian Virgin") depicts 18-year-old Anissa's very first date, which happens to take place on Valentine's Day...Her longtime crush, Michael, takes her ice skating in Central Park.
"At 3 p.m. on February 14, the security guard for my dorm called me with a cute message from my visitor. “There’s a Mr. Kassab downstairs who wants to know if you’ll be his Valentine today.” I quickly looked in the mirror one last time before leaving, and felt butterflies in my stomach as I closed the door and made my way to the elevator.

When I arrived in the lobby, I saw that Michael was waiting for me by the door. He held it open for me and we exited the building into the crisp New York air.

As we walked towards the subway stop on 116th Street, I lightly shared a small confession: “Do you realize that this is officially the first date of my life?”

“Wow. Well, it’s good to know that there’s no pressure on me here!” he replied ironically.

I playfully elbowed him. “None at all.”

“And that means it’s also a good thing that I brought these goodies for you,” he said, taking a small bag of Baci chocolates out of his coat. “But – since this is your first date – I should warn you that most dates do not come with chocolate! You know, just to manage your expectations a little.”

“And why shouldn’t they all come with chocolates?” I replied with a teasing smile.

“I guess that’s a fair question. But if you got chocolates on every date, then getting them on Valentine’s Day wouldn’t seem very special, now would it?”

“I think I’d be OK with that,” I said, amusing us both with my understatement as we arrived at the subway entrance.
We passed through the turnstile, went down the stairs, and stood by the track, waiting for the downtown train to show up. Our flirty banter resumed as the area gradually filled up with more New Yorkers heading downtown in sweaters, scarves, hats, and gloves.

“Well, I think there may be a compromise arrangement we can work out,” he replied, looking down at me with a smile.
I glanced up into his brown eyes, curious. “What’s that?”

“You see, Baci literally means ‘kiss’ in Italian, so I think you could fairly expect some kind of kiss on every date.”

“Will I ever get both chocolate and non-chocolate kisses on the same date?” I responded, glimpsing at him coyly from the side.

“Are we getting greedy now?” he joked. “Ten minutes into your very first date ever? I guess you may need to make up for some lost time,” he said with a teasing glint.

“Well, your odds of getting both kinds of kisses are probably best on Valentine’s Day, so there may be cause for optimism.”

And just as it seemed like the space between us was subtly starting to shrink, the train arrived. But we soon stood even closer to each other on the crowded subway car. As we traveled downtown with countless strangers, we were at times pressed up against one another during the twenty-minute ride to the Columbus Circle station. At 59th Street, we got out of the subway and walked over to the skating rink in Central Park.

February 14, 2014 brought with it a few firsts, and ice skating was one of them.

Michael was comfortable and experienced on the ice but went very slowly so that he could effectively serve as my training wheels while I clung to his arm to avoid crashing every other minute. Thanks to his support, I fell only every ten minutes or so, and sometimes brought him down with me – usually with some silly or self-conscious laughs along the way. He always helped me up, and a few times, I felt his big palm cup itself around my hip when lifting me to my feet.

After holding onto him so much while ice skating, it felt almost oddly distant for us not to be holding hands after we left and headed back towards the subway together. But the tension surrounding if and when our hands might clasp again (without any external cause like ice skating) proved to be a good distraction from my sore behind. After I jokingly complained about it, Michael replied, “Next time we visit a rink, remember to stuff your pants with lots of toilet paper, or some other butt cushion.”

A few minutes later, I saw the subway station in the distance, and figured that we probably weren’t going to hold hands again. I reasoned that there wasn’t that much time left before we’d have to stop holding hands in order to go down the stairs and through the subway turnstile, and that might make it seem even more awkward or silly to have held hands for so short a time before that. Of course, we could resume holding hands on the subway platform, but then we’d have an audience and it wouldn’t be as cold, so the reason for our hand-holding would be more obviously a growing intimacy rather than, for example, a way to keep our palms warm.

“How are your hands doing?” Michael suddenly asked, as if he had read my thoughts. “Are they warm enough?” he inquired, taking my hand into his.

“They are now,” I replied with a smile."