Bethany Shady: From Lost to Greek Compass with an... Interview

By Penny BJ - August 20, 2014
Can you really believe that it's been four years since the Lost finale? For six year we've been trying to understand what was going on that mysterious island. I was searching for new theories online when I discovered Geronimo Jack's Beard, the podcast that our beloved "dude" Hurley and his in real life sweetheart, Bethany Shady had created. 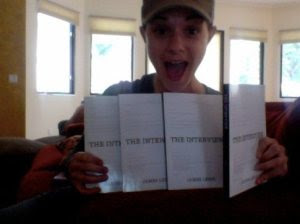 Lost is history but I kept following Beth on Facebook and Twitter, as she turned to be a witty girl with imagination and great sense of humour! Recently Beth celebrated the publication of her first book, The Interview by James Leigh! Who really is Beth and why she has a moustache? She explains everything in this exclusive interview:

Q. To us Lost fans, you are a very familiar person and maybe a subject of jealousy! You see you were an extra in several episodes of the show, portraying either a survivor of Flight 316, or an an Iraqi woman, even a party guest during Hurley's surprise birthday. Being part of one of the biggest shows in the history of tv. Was that as magical as it appears to be?

BS. Being a background actor/extra was a lot of fun but that’s because I had a lot of friends on set with the cast and crew. I got perks like I was allowed to take naps in Jorge’s trailer during down time and go first in line with the cast to the catering truck when lunch was ready. So for me, it was a fun way to spend time with my friends. But being an extra in general is exhausting. We had really long days. The airport scene for the Ajira flight was a 16 hour day. It’s not as glamorous as it may seem, but it’s fun to try once. 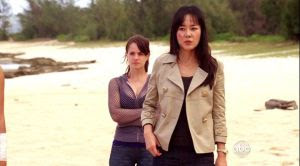 Q. Any funny moments on set to remember?

BS. I was there for a lot of great moments on set. I used to go to set with Jorge a lot, especially if there was a big explosion or something cool happening. The props guy and I set off a stink bomb during the scene with Michael’s ghost and Hurley in the jungle in season 6 and some people got really pissed. It was quite entertaining.

Q. Jorge Garcia and you created a blog and podcast about the last season of Lost called Geronimo Jack's Beard. How on the earth did you choose that name?

BS. We were on the phone with our friend Ralph (who I now do The Tail End Podcast with) and he was trying to come up with a name for his new podcast. I think I suggested Geronimo Jack, and Jorge then said Geronimo Jack’s Beard! When Ralph didn’t end up using that name we decided that we should create our own podcast and use it. 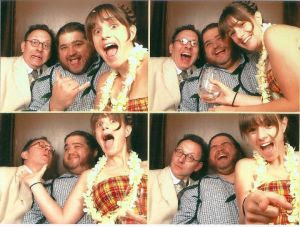 Q. Which was your favourite moment of Lost?

BS. My fave scene is still from season 1 in the episode “Walkabout” at the very end when we see Locke is in a wheelchair and then on the beach moving his toes, and Michael Giacchino’s music swells. It’s such an emotional moment and gets me every time.

Q. You go online by the name Sidekick22? What does that mean?

BS. Jorge and I went to a comic book convention in San Jose in 2008 and a guy took a picture of us at the booth and then posted it online with the caption, “Jorge Garcia and Sidekick22”, and then name just stuck.

Q. You've been a writer since you were 6 years old. Kids usually try to learn how to write at that age. It seems to me that you were destined to be a writer. Your first book "The Bird That Kept Coming By Me" was published by your teacher with the use of some colored masking tape and cardboard. Was that the turning point? And what was next?

BS. I’ve definitely always wanted to be a writer. When I was in the first grade my teacher encouraged our class to write as much as possible. She had us write short stories which she then would “publish” for us and each book was placed in our classroom’s little library area and you could check out your own book or your friends’ books. It was such a creative idea and I adore her for doing it. I’ve been writing books ever since! 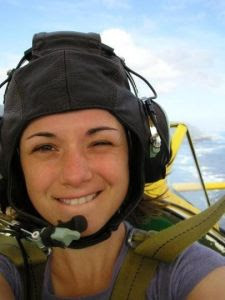 Q. So far you've been very productive on writing! You've published children's books, you've worked as a journalist, as a freelancer and for a magazine called Tastes Like Chicken (another awkward name). You've written a lot of short stories and you've just published your very first novel! What of all those represents you the most?

BS. My novel definitely represents me the most. The freelance work I do is just business, something to make money. The things that I wrote for Tastes Like Chicken were humorous pieces, fake news articles and such that were fun but weren’t really what I was passionate about writing. I had fun writing children’s books but the hard part about them is that once you’ve written them you still have to find an artist to illustrate it, so that’s not my cup of tea. Writing a novel is a lone project and it takes a lot of discipline and dedication and I love it. I can create any world I want and somewhat put myself in it.

Q. Your novel is called The Interview. It's under the name of James Leigh and under a moustache! Who's James Leigh after all?

BS. My middles names are James and Leigh. I decided to publish under those names (and moustache) because I wanted to be published under a male name. It just made more sense to me.

Q. What's the story of The Interview about?

BS. It’s basically about a rich guy who never leaves his house except to go on job interviews for jobs he doesn’t really need. He’s entertained by being a jerk to the people interviewing him. As he goes on one of his interviews, he meets a receptionist named Grace and falls instantly in love with her. He decides to actually take the job, and the rest you’ll just have to read…

Q. And how can anyone buy your book, especially if one lives in Greece?

BS. People in the US and parts of Europe can go here to buy it: http://www.lulu.com/product/paperback/the-interview/15579012 But if you’re unable to use that link to purchase a copy you can email me at bethany@bethanyshady.com and we will figure out a way to get a copy to you.

Q. Do you have any other novels in the works?

BS. Yes! I am currently in the midst of writing a novel called “64 Building” which is about a teenager who’s father is transferred to be an officer on Alcatraz and he and his family move onto the island. It’s a really fun novel to write because of all the research involved.

Q. You are from Milwaukee. What does Milwaukee means to you, how would you describe it?

BS. Milwaukee is a fun place to go back and visit but I would never move back there. The winters are way too cold and I like living near the ocean. I moved to California when I was 17 and I’ve kind of felt like a west coast girl ever since…or a Hawaii one !
Interviews