My Review: Greene’s Calling, by A.D.Starrling 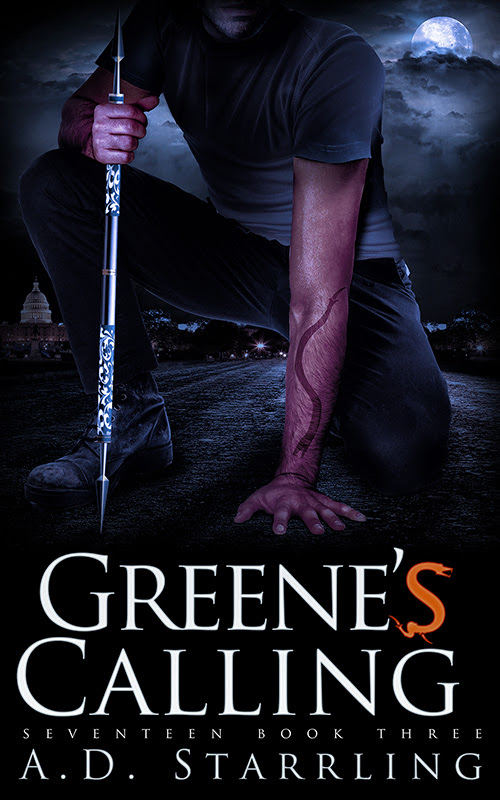 It's hard to be an immortal. You can't find peace not even you live in a remote Amazon swamp. Immortal hottie Greene lives quietly with his dog, for who he gave his life (literally), until an aeroplane fall on his head - almost. Soon he finds himself in the Oval Office and then across the pond pursuing an elusive organization hell-bent on shifting the power balance of the world.

Greene's Calling is A.D. Starrling's third book and the most mature one. It is the third instalment in the award winning, supernatural thriller series Seventeen - seventeen as how many lives an immortal can live.
I like a book when I feel that the author had enjoyed every moment spent writing it. And I'm sure A.D. Starrling had a great time. It's obvious she did a lot of research in order to describe accurately historical events, scientific facts and different places around the world. The story is well crafted, the descriptions are written with the right touch without being boring, the action is fast paced. All main characters are well described, however I had the feeling I wasn't attached enough to the main lead.

‘Seriously, the two of you need to take a chill pill. All this tension is bad for your sex lives'

This book is a page turner, the one you should have in your suitcase if you're going on holidays. And if you're interested in the history of Ottoman Empire, you'll love it.
My rate: 4,7 ∗
BUY LINKS
iTunes - https://itunes.apple.com/us/book/greenes-calling-seventeen/id885945199?mt=11