I won't hesitate to admit it: A.D. Starrling is one of my newly favourite authors. And that's not something that comes often out of my mouth. Soul Meaning was the first A.D. Starrling's book I ever read and I understood that we're dealing with a talented author that only needs to get matured (my review will be posted soon on a new book blog a friend and I are launching). It didn't take much time to this author to grow up and offer us a great reading experience: Greene's Calling (4.7/5 stars in my recent review).
Today A.D. Starrling, who is on her blog tour, stops to my blog. Let's read what she says about Highlander, Mauricius, and mythology, what she thinks about self-publishing and what number 17 means to her.
And if you read it through the end, there is a tour wide giveaway for everyone. Author is giving away on $25 dollar GC from Amazon & (1) set of SIGNED oversized Paperbacks to another lucky winner!

Yes, most of them actually. Highlander the original series remains one of my favorites to date. Unfortunately, I never really got into 24 as there was a dispute between Virgin and Sky in the UK when the series first featured and many Virgin viewers suddenly found they no longer had access to Sky One. Jason Bourne is definitely one of the most charismatic and awesome characters who has ever graced the pages of a book or film, as is James Bond. And who wouldn’t love being compared to Dan Brown and James Rollins?!
Research is a crucial step of my writing process. As you said, there are so many elements involved in these stories, I have to be on the ball when it comes to portraying all of them as accurately and as realistically as I can.
My research process is intricately linked to my plot. I generally know what the story is about, who the major players are, and how it starts and ends. Research helps me plug the holes in the middle. My research therefore occurs in two stages:
The Scrivener writing software has been a godsend as far as my research process is concerned. I am using it for the first time for Book 4 in the series and the ability to be able to store all my research, maps, character profiles, pictures, and plot arcs in one place is amazing. I would recommend it to every writer out there.
Hmm, less death, maybe? Yes, there was a lot of it in Soul Meaning, principally because Lucas Soul was a hunted man and everyone was trying to kill him. Unfortunately, he was rather good at fighting back in a, shall we say, permanent fashion. Greene’s Calling is a more “political” novel. Although there are plenty of action scenes and some deaths, the overriding plot addresses an important topic for the world’s superpowers.
It’s not that difficult at all, surprisingly enough. If anything, being able to tap into my male protagonists’ emotions from a female perspective probably made them more interesting and attractive to readers. As a female author, I am actually quite strict with my female protagonists. They don’t get to be weak, moody, or bitchy. They have to be able to stand tall next to their men.
Mauritius is very exotic, although it is no longer the place of my childhood, having undergone major modernization in the last twenty years.
There are plenty of superstitions and folk tales in Mauritius, most of which stem from the cocktail of cultures that exist on the island. We are all descendants of migrants who travelled to the island from Europe, Asia, and Africa, some willingly, some unwillingly as slaves. Although none of these tales are about immortals, the concept of reincarnation is a widely held belief among the devout Indians on the island.
The entire series started life as a short story which I wrote for a popular international competition. This short story was inspired by the startling image of the number 17 written in red paint on a black marker stone, on a sandbank off the shores of Mauritius. It was only after completing Soul Meaning, the first novel in the series, that I had to dig deeper and come up with a story concept that could span the entire series. This concept was inspired by a combination of mythology, religion, and philosophy.
Music is crucial to my writing process. As I write this post, I’m listening to the music playlist for Greene’s Calling. Like many authors, I have a very vivid visual imagination and I write what I “see”. What I “see” is very much linked to the emotions engendered by particular songs.
Yes. Writing is my first love and it would be a godsend if I could make a living out of it. As such, I approach it as both a passion and a business. When I write, I’m all about the passion. When I deal with the publishing and marketing side, I’m all about the business.
The biggest challenge has been juggling so many balls and wearing so many hats. Although some writers make self-publishing sound easy, it isn’t the walk in the park they make it out to be, not if you’re serious about being a professional writer and you’re in it for the long haul.
As a self-published writer, you have three jobs: writer, publisher, and marketer. Each is a full time job in itself.
Would I give it all up if a traditional book deal came my way? No. It would have to be an exceptionally attractive and, above all, fair contract for me to surrender control of my work.
The beauty of self-publishing is that I get to screen and choose my team (editors, proofreaders, cover designers, formatters, marketing associates), I own all the rights to my work, I earn a higher percentage of my sales revenue, I can publish to my own timetable, and I get to change things faster if I don’t like them.
NOTE: On A.D. Starrling's blog there is a post about her experience as a self-published author, which I found extremely useful: Self publishing as a UK author. 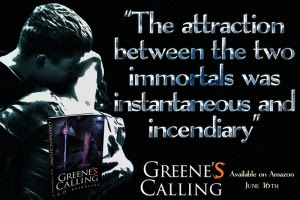 MEET THE AUTHOR
AD Starrling was born on the small island nation of Mauritius in the Indian Ocean and came to the UK at the age of twenty to study medicine. After five years of hard graft earning her MD and another five years working all of God's hours as a Pediatrician, she decided it was time for a change and returned to her first love, writing.
Her debut novel Soul Meaning (Seventeen Book #1) has won and been nominated for several awards, as has her second novel King’s Crusade.
She currently lives in Warwickshire in the West Midlands, where she is busy writing the next installment in the series. She still practices medicine. AD Starrling is her pen name.
To find out more, please visit her at the following social media sites:
Goodreads | Twitter | Facebook | Website
WEBSITE - http://www.adstarrling.com
FACEBOOK - http://www.facebook.com/pages/AD-Starrling/382768535066991
TWITTER - http://twitter.com/adstarrling
GOODREADS - http://www.goodreads.com/author/show/6469599.A_D_Starrling
EMAIL: ads@adstarrling.com
***
a Rafflecopter giveaway: http://www.rafflecopter.com/rafl/display/2988d4100/
Labels: Interviews