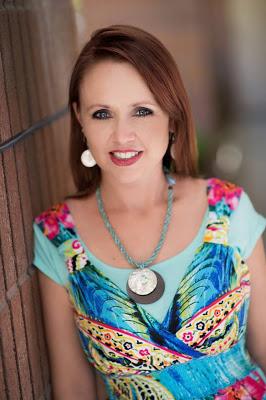 Nichole Giles, the author of The DESCENDANT series, and The WATER SO DEEP series, has lived in Nevada, Arizona, Utah, and Texas. She is a fan of all things paranormal and magical, and her dreams include owning a garden full of fairies, riding a unicorn, and taming the pet dragon she adopted at a recent local ComiCon. She loves to spend time with her family, travel to tropical and exotic destinations, drive in the rain with the convertible top down, and play music at full volume so she can sing along. 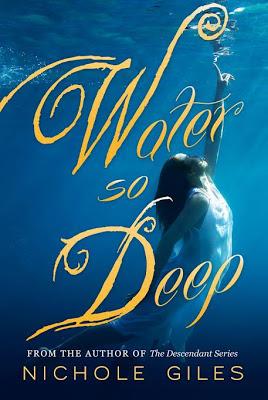 No one knows what’s happening to her, and she’d like to keep her evolution from human to mermaid a secret, but the truth is getting harder and harder to hide. From her adoptive family, from her friends, and especially from the irresistible James Phelps.

Her time in the ocean is spent dodging a possessive merman, while her time on land is split between caring for her special-needs brother and squeezing in every last possible moment of human life. She soon realizes falling for James is unavoidable when he constantly comes to Emma’s rescue and somehow manages to see through her carefully constructed icy facade to the vulnerability she lives with every day. Everything about James makes Emma yearn for a life on land she just can't have.

When Emma’s brother disappears on her watch, James is the only person she trusts to help her save him. But even if they can save her brother, nothing can prevent her return to the sea. Whether she likes it or not, Emma is changing—unable to breathe without yielding to the tide—and it's only a matter of time before she's forced to surrender forever.

A flash of lightning rent the sky, illuminating her secret alcove long enough for her to see Merrick step from the recessed shadows near the cave wall. His sudden appearance—in addition to his complete lack of clothes—startled a scream out of her.

“What do you want?” She averted her eyes, heart racing as she forced herself not to look. Why was he here and how long had he been watching her? She retrieved her towel, desperate to wrap up—hide herself—as she dried her now skin-soft legs, emotions swirling. Was he the reason sick fear curled in her stomach?

Emma squeezed her eyes shut, swallowing a knot of pain. “How could I possibly forget? I already struggle to breathe on land sometimes.”

He stepped toward her. “Tangaroa has given you to me for a mate. We will join upon your permanent return.”

His words sent a chill up Emma’s spine. It had nothing to do with the storm raging around them, and everything to do with the one swirling inside her. She’d suddenly become betrothed without ever having visited the place she was supposed to be living within the next year.  “Mate? He has given me to you? But you’re way older than me.”

“Age has little to do with the will of the Sea King.” He waved a dismissive hand, walking nearer.

Everything about Merrick’s world seemed foreign, unreal. Though she’d known about Atlantis for a while, understood she would physically have no choice but to live there someday, she despised its very existence, dreaded with blind terror a future she couldn’t even picture. “I don’t belong in Atlantis, Merrick. Oceanside has been my home for sixteen years. My family is here, and my friends. I have a life. I don’t want to leave.”

She thought of Tom, and wondered if she would miss him the same way she’d miss the sunshine, driving her car, Gram, her mother, father and Keith. Somehow, she doubted it.

A wrinkle formed between Merrick’s brows. “But you must. Once your gills develop, you will need the sea water to survive. You cannot change the natural progression of life. ”

Under the cover of her towel, Emma wiggled into her jeans and tank top. “Natural progression or not, I was meant to be human. Why else did the Sea King—or my parents or whoever made the freak decision—leave me ashore in the first place?”

“We cannot care for a human-ish youngling ashore, and you cannot survive the sea until your gills have fully developed.” His green eyes caught hers, held, and the harsh honesty in them made Emma pause in the act of pulling a hooded sweatshirt over her head. “There is no way around it,” he said. “You waste energy in empty wishing. Tangaroa’s word is law.”

“Not my law.” Emma crammed the towel into her bag and slid her feet into flip-flops, then pushed past Merrick. “I don’t want a mate. Tell the Sea King I turned you down.”