#ShortStory #Excerpt: 'The Dragon in The Garden' by Erika Gardner

The Sex Scene (Or How Much Harder Can it Get?) – A Short Story

Theresa sat down at her computer with a purposeful air. She set down her piping hot Earl Grey tea and pulled up her manuscript. Skimming last night’s work made her smile. The relationship developing between Jack and Sarah was everything she had seen in her head. Now, if she could get the chemistry just right.

“I’ve waited too long,” he murmured as his lips grazed her neck.

“We’ve waited long enough,” she whispered, pressing herself to him.

He ran his hands through her long, loose locks, pushing her red hair back from her face.

Theresa stopped and frowned. Hmmm, all her readers knew about Jack’s characteristic spy watch.  Wouldn’t that catch in Sarah’s hair? Should she have him take it off? Maybe she was over thinking this. Just leave it for now, you can edit later.

His hands pulled her closer as he tilted her face to his, caressing her cheek and their lips touched at last.  Their kiss deepened and one hand traced the curve of her back as the other caressed her soft hair. She shivered sensuously as he reached into her blouse and cupped one breast.

Theresa stopped again, frowning more deeply. One two, three, well, now it sounds like he has three hands. That won’t work. She hit the delete key several times and took a deep sip of her tea.

… caressed her soft hair. Jack put both his arms around her, lifting her up to him. Sarah wrapped her legs around his waist and together they headed to the bed, kissing and touching each other passionately.

Theresa exhaled. Okay, he can’t pick her up, carry her and still be touching her and kissing her. She tried to get a mental image of the procedure. Yeah, she said to herself, I don’t think so. Maybe just skip to the bed? She hit the delete key several more times.

… touched at last. Without a word they moved together toward the waiting bed. As Jack gathered her in his arms her Sarah felt such desire…

Theresa broke off again. She groaned. At some point, surely, they needed to lose their clothes. Should that be in bed or before the bed? Taking off clothes in bed is always so awkward. Underwear gets caught around an ankle or you toss a bra and the strap hits the guy in the face. No, better lose the clothes before the bed. She highlighted and deleted.

…Without a word he began unbuttoning her blouse and she loosened his belt. As one by one their clothes fell to the ground Sarah was overcome with desire for him. Jack’s body was everything she had hoped for. They embraced and Sarah gloried in the feel of him pressed against her, his lean muscles against her soft curves. Her thighs seemed to part almost of their own volition at the exquisite feel of his hard …

Theresa smacked her hand against her forehead. This was never going to work; Jack’s 6’4” and Sarah’s 5’ 1”. His penis would practically be at her chest, not her thighs. She was the author. Did the laws of physics really need to apply here? Maybe she could just waive them?

…she had hoped for. With as much effort as scooping up a kitten Jack swung Sarah in his arms and laid her down on the waiting bed. He lay down beside her and passionately pulled her on top of him.  Her thighs seemed to part almost of their own volition at the exquisite feel of his hard…

“Hmmm,” mused Theresa out loud. “His hard what?” She squinted at the screen. Leaning back, she considered her options. Dick? Too boring. Cock? Too “Dear Penthouse Forum.” Did they still do Penthouse Forum? She could Google it? Nah, better focus. His hard member? Sounds like he’s in a tough club. His penis? Too clinical. His Willie, Johnson, or Peter? Now I’m just introducing new characters. His love shaft? Too romance novel-y. His throbbing wand of power. She giggled. Maybe not.

“I’ve waited too long,” he murmured as his lips grazed her neck.

“We’ve waited long enough,” she whispered, pressing herself to him.

He ran his hands through her long, loose locks, pushing her red hair back from her upturned face. They kissed passionately and Jack asked, “Will you stay the night darling?”

Theresa exhaled. “Whew!” she said to her watching cat. “I’m glad that’s over!”

I would like to tip my hat to all the romance novelists of the world. Sex scenes are not for the faint of heart. There are several pitfalls other than the issues of physics, anatomy, under garments and vocabulary that I’ve detailed above.  For example, one doesn’t want to include certain maneuvers that one habitually does in real life because, well, T.M.I. On the other hand, one can’t include really freaky things either because naturally everyone else will assume that the author actually does these things. Hey, that can get awkward the next time you meet at the supermarket.

Here’s a bit about my book (which, yes, does include sex scenes) The Dragon in The Garden:
There is magic beneath the mundane and in The Dragon in the Garden, Siobhan Orsini witnesses it all. No lie can fool her, no glamour or illusion can cloud her Sight. She sees through them all and wishes she could close her eyes. Returning to face her past, Siobhan inherits her grandparents’ house in California’s wine country. She encounters a talking dragon, a hot fallen angel, a demon lord, a Valkyrie, and, oh yes, her ex-boyfriend. And that is just in the first twenty-four hours. It’s time to find out why she has this power. Siobhan seeks out the Oracle and learns that only her Sight can help mankind navigate the travails of an ancient war. Our world is the prize in a battle between the dragons, who would defend us, and Lucifer’s fallen angels, who seek to take the Earth for themselves. Using her gift, she will have to make a choice that will decide humanity’s future.

To purchase The Dragon in The Garden please see:http://www.tirgearrpublishing.com/authors/Gardner_Erika/the-dragon-in-the-garden.htm 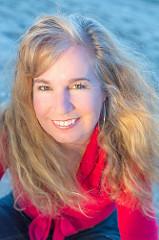 This post was written by Erika Gardner. She’s a native Californian, lifelong lover of fantastical adventures, and a dedicated Whovian.  If you enjoyed it, please sign up to receive updates on www.erikagardner.com   Or you can follow Erika on Twitter @Erika_Gardner, “Like” her Facebook page Erika Gardner- Writer and Storyteller. Or check out her contributions to the BBB Blog.