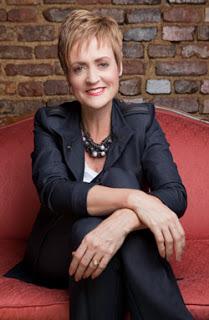 Brenda Novak’s latest “digital box set for a cure,” ALL I WANT FOR CHRISTMAS, is a contemporary romance collection of delightful and romantic Christmas stories. It features Brenda's Rita-nominated novella, “A Dundee Christmas”, as well as stories by some of the biggest romance authors of our time, including #1 New York Times Bestselling Author Debbie Macomber and romance favorites Bella Andre, Melody Anne, Violet Duke, Marie Force, Heather Graham, Laurelin Paige & Kayti McGee, Jane Porter, Melanie Shawn, RaeAnne Thayne, Melinda Curtis, Anna J. Stewart and Scarlett York. The set sells for only $9.99 (less than $1/story) and is up for pre-order now wherever e-books are sold. The box will be released November 1st and will only be available through December 31st.All the proceeds will go to Boston University to help Dr. Ed Damiano (who also has a son with Type 1) finish engineering the artificial pancreas. Why is his work important? Because the artificial pancreas will go far toward helping insulin-dependent diabetics remain healthy until that elusive biological cure can be found. So, please, pre-order this boxed set today and encourage your friends and family to do the same. You'll get many hours of enjoyable reading in exchange for a small donation that will help a lot of people.
Q & A With The Author:
5. What is the hardest thing you've ever done?
Saying to to those I love (my kids, especially).
6. Now that we've gotten to know each other, tell me a story. It can be long or short. From your childhood or last week. Funny, sad, or somewhere in between. Just make sure it's yours. What's your story?
When my youngest son was only six, a cousin, older by five years, slipped into the attic where my husband and I were storing a great many things and ferreted out the presents I’d put there at least a month before Christmas. Armed with the knowledge of what those presents were, it seemed he took some kind of perverse pleasure in destroying Thad’s fantasy of Santa Clause. He told Thad everything he was going to get—and let him know that Ted and I had bought each item and tucked it all away for safekeeping until December 25th, when we would pretend that Santa had come down the chimney and left those items for him.
When some children learn the truth, they get angry with their parents for perpetuating this myth. Thad didn’t react that way. He was angry with his cousin for destroying the magic we were trying to keep alive for him. He wasn’t yet ready to let that go. But I had gotten Thad something for Christmas this cousin failed to mention, probably because, in his mind, it was “just a book.” I have to admit Thad didn’t entertain himself with that book first of all. It wasn’t until later in the day, after the excitement of playing with his other toys had worn off a bit, that he and I sat down together to look through THE POLAR EXPRESS.
The book had come with a tape we listened to. I remember both of us being a little awed by the beauty of the illustrations and the way the words rolled off the narrator’s tongue as that tape played—“hot chocolate thick and rich as chocolate bars…” Sometimes I still think of that line, when it may have nothing to do with Christmas. But it was this gift that turned out to be the one I was most grateful I’d purchased because that story helped my little boy get beyond the disappointment of losing Santa Clause.  He took the same ride as the protagonist, who goes to the North Pole and is lucky enough to be selected to receive the first gift of Christmas. He shared that boy’s wonder and his joy when he received the bell from the harness of Santa’s reindeer that was supposed to help him believe in the magic of Christmas. Thad also shared in the disappointment when that bell was lost and was elated when spared the boy that loss by leaving it for him under the tree. Somehow that book softened the jarring blow of reality because it taught Thad that even though there may not be a jolly man dressed in a red suit who delivers toys to all good girls and boys, the magic of Christmas is real—as long as he chooses to believe.
Now I’m much older. But, like the narrator of that book, I can say, “the bell still rings for me.” I hope Thad will always be able to say the same.

All the Assorted Author's links are on the book's Amazon page:
~ Amazon ~ 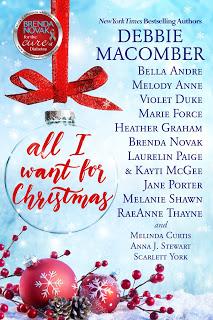 “5-B POPPY LANE” by Debbie Macomber
Come visit with Helen Shelton, her granddaughter Ruth and Ruth's husband, Paul. They'll offer you a cup of mulled cider and the story of how they met.

“KISSING UNDER THE MISTLETOE” by Bella Andre
For Mary Sullivan Christmas has always been about family. As she hangs her ornaments, she's swept back to the first days of her whirlwind romance with her husband--and the love that would be the foundation on which they built their family.

“FINDING EACH OTHER” by Melody Anne
Brayden Steele gave up his love of Christmas many years ago when he lost his mother and father in a car wreck. But the magic hasn’t given up on him.

“BEFORE THAT PROMISE” by Violet Duke
If anyone can make Drew Lawson believe in the magic of Christmas, it's the girl-next-door he's classified as completely off-limits.

“CELEBRATION AFTER DARK” by Marie Force
On the occasion of their 40th wedding anniversary, Big Mac and Linda McCarthy take a look back at how they came to be, while each of their children confront a new challenge in their own lives.

“SPIRIT OF THE SEASON” by Heather Graham”
While struggling to raise her newly orphaned nephew, Davey, widow Becky Wexham must deal with the feelings she experiences when she once again comes into contact with Tim Yeagher, an old flame and Davey's Little League coach.

“A DUNDEE CHRISTMAS” by Brenda Novak
Welcome to Dundee, Idaho, where the town is small but the hearts of the people living in it are large. A woman seeking refuge in an unfamiliar town during a snowstorm is taken in by a man who helps her discover a new sense of home.

“UNMATCHABLE” by Laurelin Paige and Kayti McGee
After Jane Osborne is unceremoniously dumped by a rich man, and then invited to his wedding, on (Christmas Eve no less), she decides to hire a date from Craigslist and pass him off as an upgrade.

“CHRISTMAS MIRACLE FOR DAISY” by Jane Porter
When his goddaughter, Daisy, is orphaned, confirmed bachelor Cormac Sheenan adopts her. All goes well until Marietta's seasonal Santa Claus promises his daughter a mommy for Christmas.

“CHRISTMAS WISH: A HOPE FALLS HOLIDAY NOVELLA” by Melanie Shawn
For the movie star and the single mom, will a Christmas Wish become their new reality?

“A COWBOY’S CHRISTMAS MIRACLE” by RaeAnne Thayne
Widow and caterer Jenna Wheeler is determined to spin Christmas into the stuff of magic for her four children, even if that means helping out her new landlord, sexy billionaire Carson McRaven..

"THE NIGHT BEFORE CHRISTMAS" by Melinda Curtis
Simon Castle' s on his way to a make-or-break meeting unseasonably scheduled for December 25--until the gorgeous redhead subbing for his limo driver takes him on a detour.

“CRUEL INTENTIONS” by Scarlett York
For fans of Pretty Little Liars…It’s hard to be a rhinestone in a diamond world...I was far from living the dream, but now I'm stuck in a nightmare of lies, deceit....and murder. Merry Christmas to me.

1. Brenda has been on a reality TV show (as a judge for cover models).
2. Brenda has met Fabio.
3. Brenda started writing because she caught her daycare provider drugging her children with cough syrup to get them to sleep all day while she worked as a loan officer.
4. Brenda edits her work while riding an Exercycle (daily).
5. Brenda comes off as an extrovert but is really an introvert.
6. Brenda has raised nearly $2.6 million for diabetes research.
7. Brenda has written nearly 60 books.
8. Brenda has just become a grandmother for the first time with the birth of her grand daughter, Ella Rose.
9. Brenda was with the same editor from the beginning of her career until just last June, when Paula Eykelhof retired (very unusual in the publishing world).
10. Brenda's dream is to visit Antarctica.