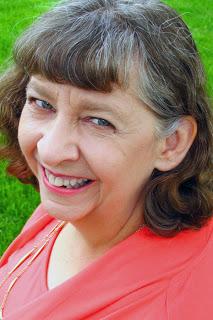 Joyce DiPastena dreamed of green medieval forests while growing up in the dusty copper mining town of Kearny, Arizona. She filled her medieval hunger by reading the books of Thomas B. Costain (where she fell in love with King Henry II of England), and later by attending the University of Arizona where she graduated with a degree in history, specializing in the Middle Ages. The university was also where she completed her first full-length novel…set, of course, in medieval England. Later, her fascination with Henry II led her to expand her research horizons to the far reaches of his “Angevin Empire” in France, which became the setting of her first published novel, Loyalty’s Web (a 2007 Whitney Award Finalist).

When she’s not writing, Joyce loves to read, play the piano, and spend time with her sister and friends. A highlight of her year is attending the annual Arizona Renaissance Festival . Joyce is a multi-published, multi-award winning author who specializes in sweet medieval romances heavily spiced with mystery and adventure. She lives with her two cats, Clio and Glinka Rimsky-Korsokov, in Mesa, Arizona.

5. What is the hardest thing you've ever done?
Move all alone to a new city, a new house, and a new life.
6. Now that we've gotten to know each other, tell me a story. It can be long or short. From your childhood or last week. Funny, sad, or somewhere in between. Just make sure it's yours. What's your story?
I first started dabbling with writing when I was in high school, but it wasn’t until college that I began to understand that “just writing” wasn’t enough, that there were rules for how to write successful fiction and that I needed to learn them. This was long before the internet was around, so I had to go to old fashioned brick-and-mortar bookstores to find books about how to write. The problem was I was horribly insecure about wanting to be a writer. In my mind, writers, and especially “authors”, were people who stood on some kind of glorified pedestal that I knew I could never aspire to. I nonetheless felt compelled to write. So I would go to bookstores and lurk in the “writing” section, always self-conscious that people would see me looking through the writing books and wonder why I would be doing such a thing. Eventually I picked out some titles and had to take them to a cashier to buy them. Almost every time the cashier would say, “Oh, are you a writer?” And I was so insecure, that I would quickly reply, “No, I’m buying them for a friend.” How silly was that? Obviously, hugely silly in hindsight! (And the cashier probably thought, “Yeah, right,” every time I blurted that out. LOL!) I remember being so relieved when I joined the Writers Digest Book Club and could buy writing books by mail so that no one would know that humble little Joyce DiPastena was daring to think she might ever joined the ranks of those glorified published authors. Happily I not only eventually overcame my book shopping insecurities, today I can stand in the writing section of one of the few brick-and-mortar bookstores that are still around and shop without shame, because yes, I am a writer, yes, I’m proud to admit it, and yes, I still have much to learn about how to be a better writer. 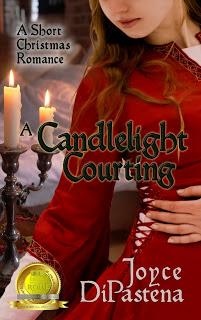 When Burthred comes courting on Christmas Eve, Meg rejects his advances. She has her heart set on becoming a nun and insists that he call her Christina, the spiritual name she has chosen for herself. She tries to make him swear on her box of holy relics that he will not pursue her, but he carefully words his oath to allow him to stay in her candlelit chamber and try to change her mind.
What Meg does not confess is that her reliquary box holds a secret.Burthred needs a wife, and no one will satisfy him except Meg. He swore on his father’s deathbed that he would marry her. But Burthred has a secret, too. When they come together before the Yule fire, their shared revelations will either join their hearts together or tear them apart.

1. Cats
2. Making up stories set in the Middle Ages
3. Chocolate
4. Spending time with my sister
5. Sunshine
6. Going out to eat with friends
7. Blue skies
8. Music/playing the piano (can I combine those two?)
9. Books
10. Bright, cheerful colors