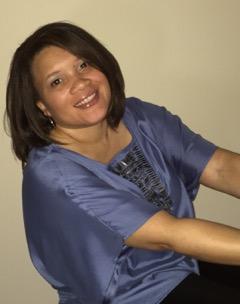 Railyn Stone, author of The Christmas Tree Guy, A Secret to Keep, Restored Hearts and Lest We Aren't Forgiven, lives in North Carolina with her husband. When she's not behind the screen of her laptop, she's usually enjoying time with her family. The only child of two educators, she learned early on just how magical words can be.

Q & A With The Author:
4. What is your largest unfulfilled dream, and what are you doing to reach it?
My largest unfulfilled dream is to vacation in Bora Bora and stay in an over the water bungalow. I am trying to save money to get to my destination, but it’s not happening as fast as I want it to.
5. What is the hardest thing you've ever done?
At this point in my life, the hardest thing I’ve ever had to do was to hit ‘send’. When it comes to writing, I’ve gone through many emotions and feelings, but the most nerve-wracking feeling was pushing ‘send’ to send my query letter to a literary agent, knowing there was a chance I would be rejected. And what was harder than that was receiving rejection after rejection and still having the courage to push send to other agents. 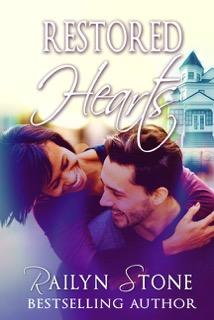 EnVee McAlister just bought a house. It’s an old Victorian home that needs a lot of work, especially if she wants to get into it by Christmas. Logan Edwards is the contractor she’s hired to help her. Unfortunately, he’s not like any man she’s ever encountered and his arrogance and crass demeanor is making it hard to deal with him. Both she and Logan hold no punches and their terribly blunt personalities clash like oil and water. But when she finds out about Logan’s tragic past, it forces her to deal with her own insecurities and emotions she’s desperately tried to forget. And instead of a house for Christmas, EnVee receives something she never expected.

EnVee was not happy. How could this happen to her? Here she was excited to be working on her dream house. The house she’d always wanted. She’d found the perfect one and now somehow she’d ended up hiring some arrogant, crass man that was going to be a nightmare to work with to restore it. She could hear him mumbling something as he opened the door for her to enter. Walking across the threshold, her frustrations with him subsided and she smiled at the old house’s charm. It needed work, but she didn’t care. It was perfect. Logan’s deep voice broke her trance.
“My brother says you have some things you are requesting. I wanted to go ahead and get those from you so I can work on the blueprints. If there are major structural changes, we need to plan for those up front so there are no surprises later in the job.”
She turned to see him staring at her and she felt a little intrigued. She wasn’t quite sure why this man had her feeling this way. She’d dated outside of her race before, so she had no problems with the cultural differences, but he wasn’t anything close to the clean cut, expensive suit types she’d ever been out with before or was usually attracted to. His dark hair lapped at his collar, but was still neatly coiffed and that was a plus. The eyes, she’d initially assumed were brown, were actually a deep sapphire hue and they were sheltered by rows of dark lashes. His strong jawline was covered by rugged but well-groomed stubble. Shaking her head, she reached into her briefcase and pulled out a list. “Here.”
Logan stepped forward and took the list from her manicured hand and she watched him skim the list before she turned to inspect the fireplace and mantel.
“Wow. I’m kind of impressed.”
EnVee turned on her heel, wiping dust from her fingers. “Excuse me?”
“Well, I figured a hoity toity like yourself would want to modernize everything about this house. You’d be wanting an elevator installed and all other fancy accouterments.”
“Are you this rude with all of your clients? I’m no hoity toity and I happen to believe this house is perfect the way it is. It just needs some refreshing. It doesn’t need too much modernization in its structure, just maybe needs life breathed into it again.” She’d gotten so caught up in her daydream of the house and all it could be that when she placed her eyes back on Logan, he was staring at her in shock. “Look, I don’t really care what you think of me.”
“Obviously.”
“I just want the job done. Can you do it? Or shall I call your brother and tell him I can’t work with you and I need to find another company that’ll do the job right?” She crossed her arms in front of her, tapping her Jimmy Choo on the hardwood. She’d just about had it with his holier than thou attitude.
“I can more than do this job.” His eyes never left her face and he added. “You won’t find anyone better suited for this and who can handle this the way you want it.” His eyes were so intense, EnVee felt a spark of electricity shoot down her spine, settling in the pit of her stomach and she cleared her throat.
“Well, fine. I’d like to see the rest of the house if that’s not a problem for you.”
Logan slightly bowed and with a flourish and twist of his wrist, he smiled. “After you Princess.”