#Excerpt #Giveaway: 'The Making of The Man' by Author Rachel Rosanno 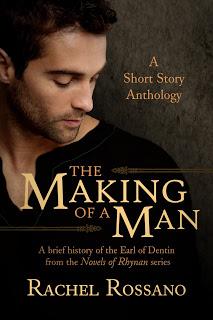 The Earl of Dentin returns. Eight stories ranging from short story to novelette in length give us greater understanding into why Dentin is the complex and enigmatic man he is. It also includes new adventures that happen between Honor and the next Rhynan novel. 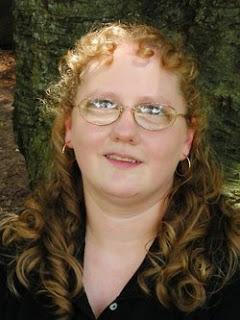 A happily married mother of three small children, she divides her time between mothering, teaching, and writing. She endeavors to enchant, thrill, entertain, and amuse through her work. A constant student, she seeks to improve her skills and loves to hear from readers.

The twisting corridors of my childhood home echoed with Alexter’s and Father’s raised voices. It was a season of Kurios’ birth celebration, and the two of them refused to make peace.
Nigel, the youngest of us three boys, joined me in the alcove off the curve of the main staircase. He grimaced as he sprawled on the bench that spanned the Eastern side of the recess. The red glow of the setting sun fell across his youth-rounded features as he glanced out the window at the bailey below.
“Whose idea was it to not have visitors for the celebration?”
I grunted. “Father’s, I believe.”
“Ah, right.” Nigel snorted softly. “He said something about family time.”
Alexter’s voice rose and fell, growing in volume as he drove home his point for the sixth time that evening.
“Do you think Alex is going to convince father to take up arms for King Trentham?” Nigel asked.
I tilted my head and listened to my older brother’s speech for a moment. “I doubt it. Three generations of this house have opposed the Trenthams’ familial need for conquest. I doubt Father is going to break with that tradition.”
We listened in silence as the sunlight dimmed toward twilight. Servants climbed the stairs, lighting the strategically placed lanterns along the passages between the great hall and the sleeping chambers above us. One of them left a burning lantern on a step near the alcove.
The argument below ended with a crash and Father ordering Alexter to bed. Neither Nigel nor I moved as the heavy door from the hall opened and closed. Alexter took the stairs two at a time only to stop abreast of our perch.
“Nice of you two to support me.”
“You didn’t sound like you needed assistance,” I pointed out.
Nigel shifted, but remained silent.
Alex sat on the stairs with a heavy sigh. “It isn’t as though I tried to incite him.”
“Sure.” Nigel scoffed. “You could’ve chosen not to mention the Anavrean troop movements along the border of Rhynan while we were eating the meal.”
“It is the principle of the thing.” Alex straightened as though to argue his point again. “If those Theodorics think they can bully us into letting them have Ranthorn, they are delusional. Leave it to Father to side with the foreigners.”
I nodded. “We know your position. I, for one, sympathize, but–”
“You are going about it all wrong,” Nigel supplied. “Father believes we should mind our own business.” He launched into a decently accurate summary of Father’s position on the issue.
Alexter and I exchanged an amused glance. Nigel was growing in more than stature. A year past he wouldn’t have voiced a thought of his own. Since my arrival two days ago, he’d launched into long arguments over anything and everything. Time alone with Father had emboldened him. I considered it a good thing, despite the fact he spouted political positions without complete understanding of the issues. At thirteen, he could still get away with a small measure of ignorance.
Nigel stood in his exuberance. “We are not dogs to be set at who the king wills. We have rights too, ancient rights based on the original barons’ pact.”
I laid a hand on his forearm to get his attention. “Let us not rehash the nuances of the past three hours.”
Alexter raised his hands in surrender. “I would concede anything, Nigel, if it would allow me to go to bed. I rode all day to get here for the evening meal. My joints ache and my head throbs from Father’s ranting. I need rest.”
“By all means, retire.” Nigel offered his hand. “Rest well.”
After clasping each of us in rough hugs, Alexter left us, taking the lantern with him as he climbed the stairs.
The sun had set. The darkness left by the missing lantern made it so I couldn’t see Nigel’s face. The sound of his breathing assured me he remained.
“I am retiring as well,” I told him. “Shall we meet in the practice yard tomorrow? I want to see if your skills have grown with your limbs.”
“First light,” he agreed.
I groaned. “Do I need to beg old age to gain adequate rest? Make it an hour or two past and I shall meet you eagerly.”
He laughed. “Don’t tell me your five years on me are showing so soon? I had hoped another decade or two would pass before I needed to check my blows to save your dignity.”
“Oh, I shall see that you pay for that remark on the morrow, little brother.”
“You practically begged for it,” he protested, jabbing my ribs. “Now go to bed, or I shall dance around you tomorrow, old man.”
I didn’t need the light to see where to place my feet as I climbed to my room. Instinct carried me to my door and slumber soon followed.