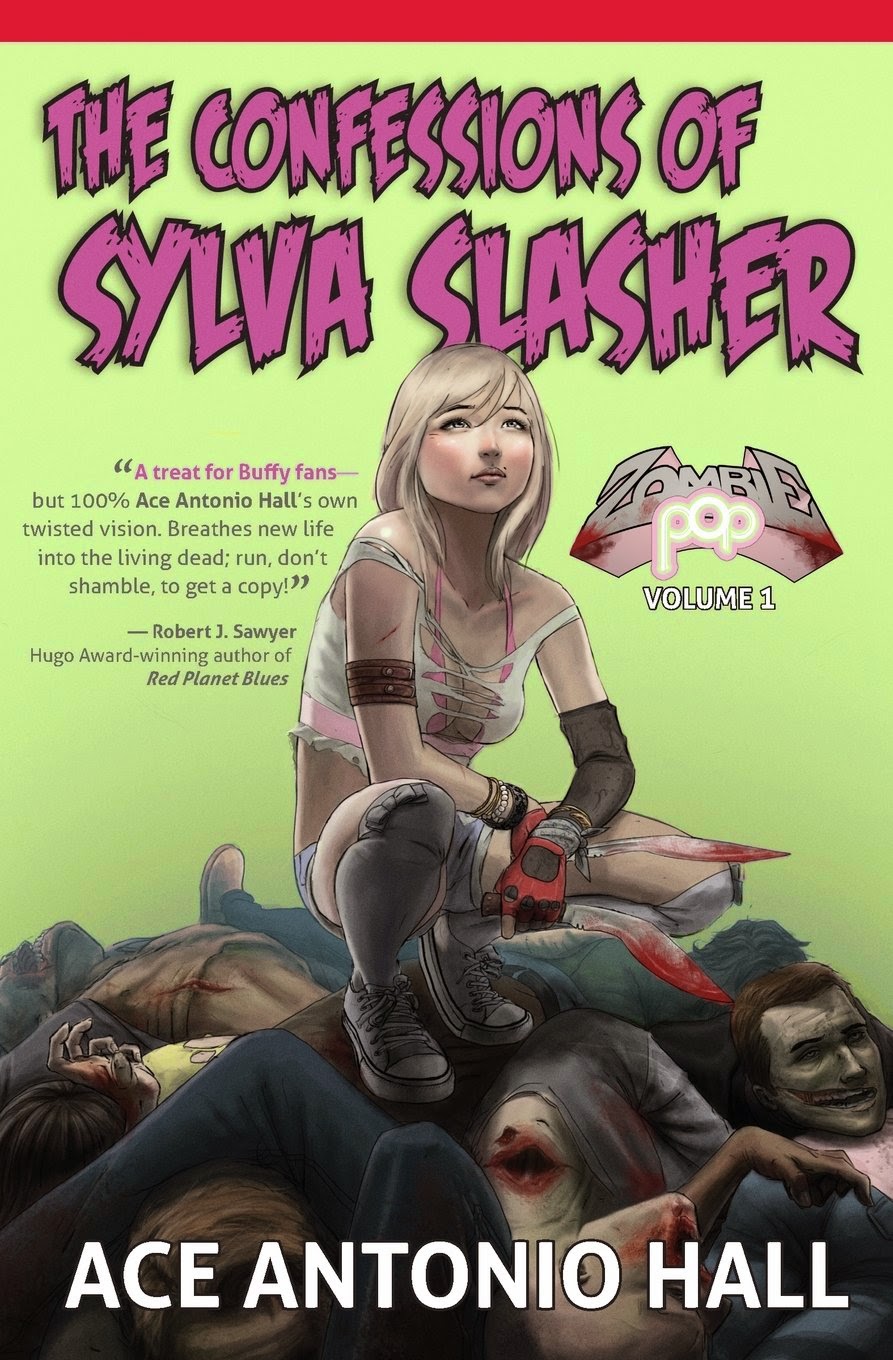 Here is what's this novel is about:
THE LOVE OF HER LIFE BECOMES THE DEATH OF THEIR LOVE
Sylva Fleischer is a teenager who works as a necromancer for a living. Wanting to get away from raising the dead for police investigations and demanding grieving families for a while, she goes on a cruise for spring break. Her vacation from the dead is short-lived when passengers on the ship turn into flesh-eating zombies. These are not the same simple-minded harmless zombies she raises and can control, so Sylva and her friends are trapped on the Pacific Ocean. Their only escape comes from a guy Sylva thought was dead: Brandon. It just so happens to also be the anniversary of his death, and she's still hurting from his loss!
Why didn't he call to say he's alive? All those tears … for nothing.
Sylva doesn't normally hold grudges, but when someone plays with her heart they have to pay. However, with the fate of the human race on the line, Brandon convinces Sylva to join him in a secret mission, yet she can't shake the feeling that he's hiding something.
It didn't take long for her suspicions to hold true when it's revealed that Brandon has been romantically involved with the very enemy he now wants her to destroy. To top that brutal betrayal, the villainous female would rather kill Brandon than let Sylva have a chance to patch things up between them. Sylva is not the kind of girl to walk away from love without a fight, but with a strange virus threatening extinction of human life, she shoves her own feelings in her back pocket to face her greatest nightmare, and that nightmare starts with something that is eerily growing right inside of her own mind and body.
When The Heart Bleeds, Sometimes Your Friends Are All You've Got
Available at Amazon 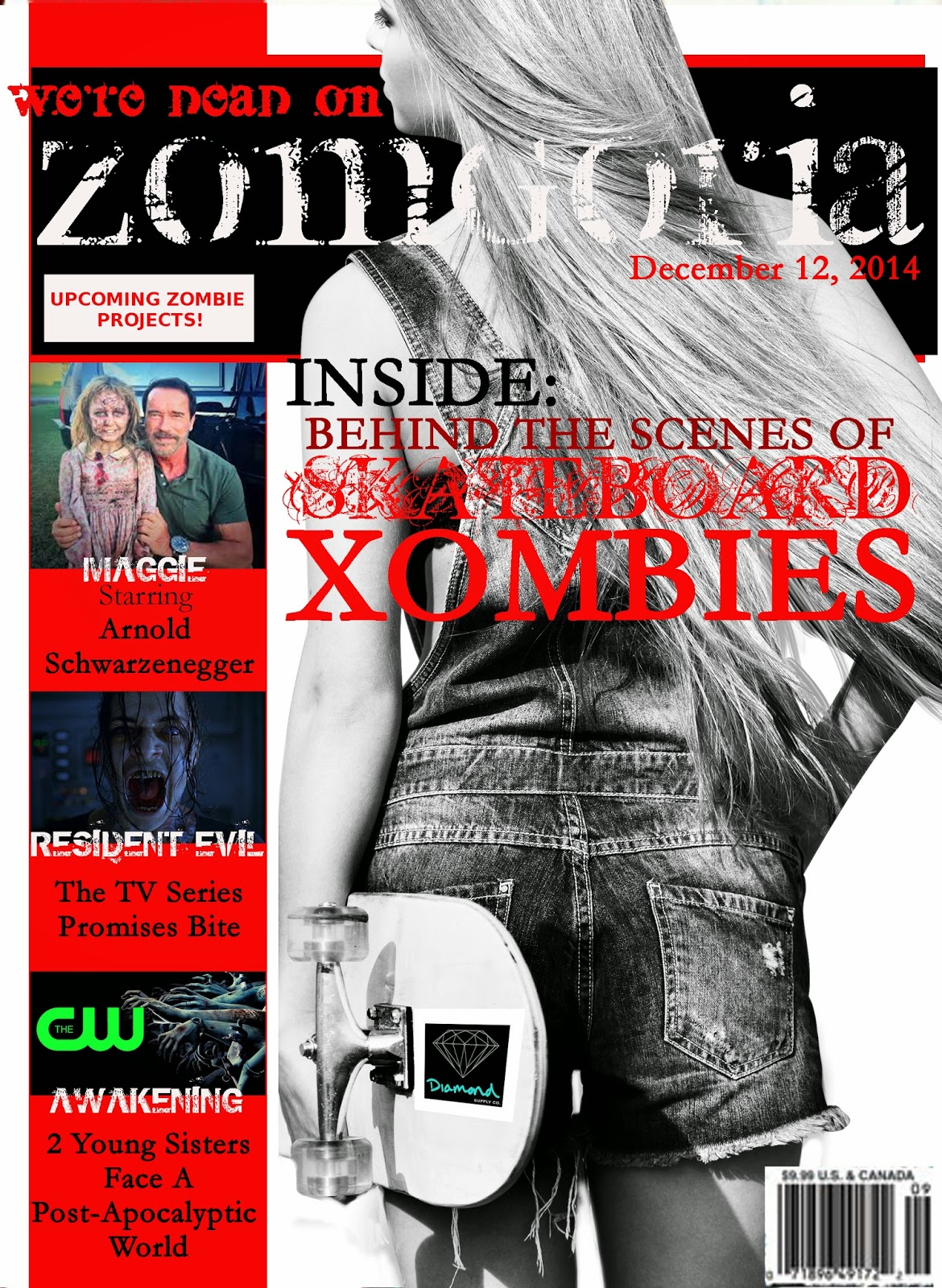 Ace Antionio Hall was kind enough to share with us some of his thoughts about Zombie craziness. Here is what he has to say:

That era also showed a time when studios could gamble on medium budget features that had a good script which in essence rolled out a slew of arguably the best films ever made like Citizen Kane and some of the best directors to ever yell, “Action”, like Alfred Hithcock and Howard Hawks. The year 1939 provided The Wizard of Oz, and Mr. Smith Goes to Washington, and also from that era, films like Casablanca, It's a Wonderful Life, King Kong, North by Northwest, Rebel Without a Cause, Rear Window, and Singin' in the Rain. Films that are in my top thirty favorites of all time!

I submit to you that with the October 31, 2010 debut of Robert Kirkman, Tony Moore, and Charlie Adlard's  The Walking Dead, we have entered an era such as that classic one of Hollywood. I call that era the Age of Zomgoria. That brilliant Halloween evening, enthusiasts saw one of the best cinematic productions of a zombie story that featured a strong script based on source material from the comic book series. It took a few years before Hollywood took a gamble on script before gore, but in 2013 the zombie fandom was blessed with films that cemented good writing with drama and powerful storytelling when Max Brooks' adaptation of World War Z came to the big screen. I believe those films were made with such great care and artistic integrity because of TWD. That year we also fell in love with Warm Bodies, based on Isaac Marion's delightfully horrific novel of the same name.
Now, many TV productions are releasing zombie or post-apocalyptic/deathly-like shows and series with Z Nation following after The Walking Dead's shamble. TV shows like Resurrection and Forever are in the forefront of good television featuring characters back-from-the-dead and the CW network (bless their hearts) has ordered Awakening and iZombie for the 2015-2016 seasons.

While Comic-con and Wondercon being taken over by Rick Grimes and Michonne cosplay actors, I expect the Age of Zomgoria to bring to the forefront more intriguing stories, characters and adventures. Shinji Mikami's Resident Evil is coming to television, and I expect nothing less than a good script and a more carefully thought-out homage paid to the greatest horror video game of all time. Even the Governator, Arnold Schwarzenegger, is getting in on the undead wave with an upcoming film called Maggie.

As of right now, the Sylva Slasher team is in negotiation with a popular skateboard company to adapt and bring my novel Skateboard Xombies to the (small/big?) screen. Look out world! You may just be seeing the next wave of the Zomgoria Age with a skateboarding, martial arts, samurai slashing, Converse-loving character that can raise the dead and put them right back where they came from in a single well-written beheading. Welcome … to the Golden Age of Zomgoria. 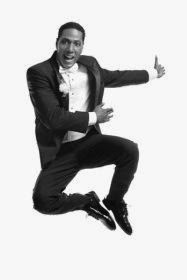 Ace Antonio Hall is an actor, former music producer, and ‘retired’ educator with accolades as a Director of Education for the Sylvan Learning Center and nearly fifteen years experience as an award-winning NYC English teacher. He has a BFA degree with a concentration in screenwriting and has published poetry, short stories and fiction in magazines, anthologies, newspapers and novels.
Inspired by his father, Chris Acemandese Hall, who penned the lyrics to the Miles Davis jazz classic, “So What”, sung by Eddie Jefferson, and his sister, Carol Lynn Brown, who guest starred in the 1970’s film, “Velvet Smooth”, Ace spawned his creativity into developing the beloved but flawed teen character, Sylva Slasher.
Ace was the Vice President of the Greater Los Angeles Writers Society (2009-2011), and continues to head the Science Fiction, Fantasy & Horror (ScHoFan) Critique Group as Co-Director of critique groups within the society. He is also a member of LASFS and the International Thriller Writers.
On April 14, 2013, Montag Press published his YA zombie novel Confessions of Sylva Slasher. His next release, Skateboard Xombies, is coming out later this year, and he has already begun working on Skateboard Xamurai for the third installment in his Sylva Slasher series.
Amazon AuthorPage | Facebook | Twitter |
GoodReads | Website | Blog | Instagram
Looking for some zombie gear? Check out Ace’s Zombie Pop Shop!
Tour Giveaway