By Penny BJ - December 09, 2014
Now let's play a book game!
Denise Moncrief is on a two weeks book tour for her books Victoria House and Laurel Heights and Loving The Book Launching Party who are the tour organisers had a super cool idea.
Each blog hosts a snippet which comes from an excerpt of one of the books above, so the followers are able to read a full excerpt spread out through out the length of the tour!
Today is my turn to post a snippet of Laurel Heights, Snippet #4.
Here it is:
"His fists clenched and unclenched. He opened his hands and spread his fingers wide, forcing himself to relax. A quick pat of his pocket assured him the knife was still where he’d stashed it. He pushed aside limbs, but the semi-darkness made it hard to detect landmarks. Where was the path to the door? The tunnel entrance was supposedly set into a hillside only a few yards from the shore.
The pale half moon cast long shadowed fingers between the branches of trees swaying and twisting in the wind. Eerie night noises swirled around him. His breath rasped in and out of his chest. As he dove further into the thicket, the moon slipped behind a cloud and the air became heavier, almost cloying with the scent of decaying vegetation. When his eyes finally adjusted to the deeper level of darkness, he found he had stumbled upon the entrance to the tunnel. Perhaps the gods were smiling on him after all." 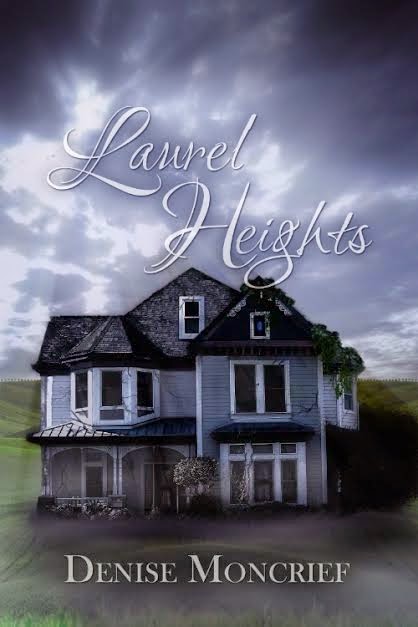 Laurel Heights Blurb
A dark cloud of deceit hovers over her family tree...
Left an estate by an aunt she’s never met, Laurel Standridge takes possession of Laurel Heights, hoping it will be the safe haven she needs to recuperate from her ill-fated relationship with Rand Peterson. Secrets long buried rise to the surface when her cousin James is murdered and dumped on the highway just outside the gates of Laurel Heights.
Her past trails her to the mountains of Arkansas...
Caught in an obligation Chase Peterson feels he cannot ignore, he agrees to help his brother Rand take back the property he believes Laurel stole from him, but Chase remains at Laurel Heights after he discovers Laurel took nothing of Rand’s away with her except nightmares, fading bruises, and a broken rib.
Unexplained disturbances shatter her hopes of a normal life...
Are the strange bumps, thumps, and bangs reverberating through the night caused by the murderer of Laurel’s cousin James, someone Rand has sent to exact his revenge, or a disturbed soul existing in another dimension, trying to communicate with the living? Drawn together by the intrigue surrounding Laurel Heights, Chase and Laurel become hopelessly entangled in a relationship that goes deeper than lust. Can their love survive the haunting of Laurel Heights? 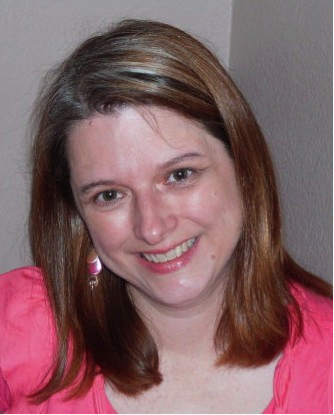 Author Bio
Suspense, She Writes
Where the road to happily ever after takes a suspenseful detour. Fast paced twists and turns that keep you turning the pages. Romantic happily ever after moments that take your breath away. Paranormal romantic suspense that keeps you on the edge of your seat.
Want to know a little bit more about Denise? She's a Southern girl who has lived in Louisiana all her life, and yes, she has a drawl. She has a wonderful husband and two incredible children, who not only endure her writing moods, but also encourage her to indulge her writing passion. Besides writing romantic suspense, she enjoys traveling, reading, and scrapbooking.
Accounting is a skill she has learned to earn a little money to support her writing habit. She wrote her first story when she was a teen, seventeen handwritten pages on school-ruled paper and an obvious rip-off of the last romance novel she had read. She's been writing off and on ever since, and with more than a few full-length manuscripts already completed, she has no desire to slow down.
You can connect with Denise at
http://www.denisemoncrief.com
http://www.facebook.com/DeniseMoncriefAuthor
http://www.twitter.com/dmoncrief0131
http://www.amazon.com/author/denisemoncrief
Book Buy Links:
Victoria House
Amazon $2.99 http://amzn.com/B00O5CUHUM
Smashwords $2.99 TBD
Barnes & Noble TBD
Laurel Heights
Amazon $2.99 http://amzn.com/B00N0795WY
Smashwords $2.99 https://www.smashwords.com/books/view/471791
Barnes & Noble http://www.barnesandnoble.com/w/laurel-heights-denise-moncrief/1120310149?ean=2940046138290