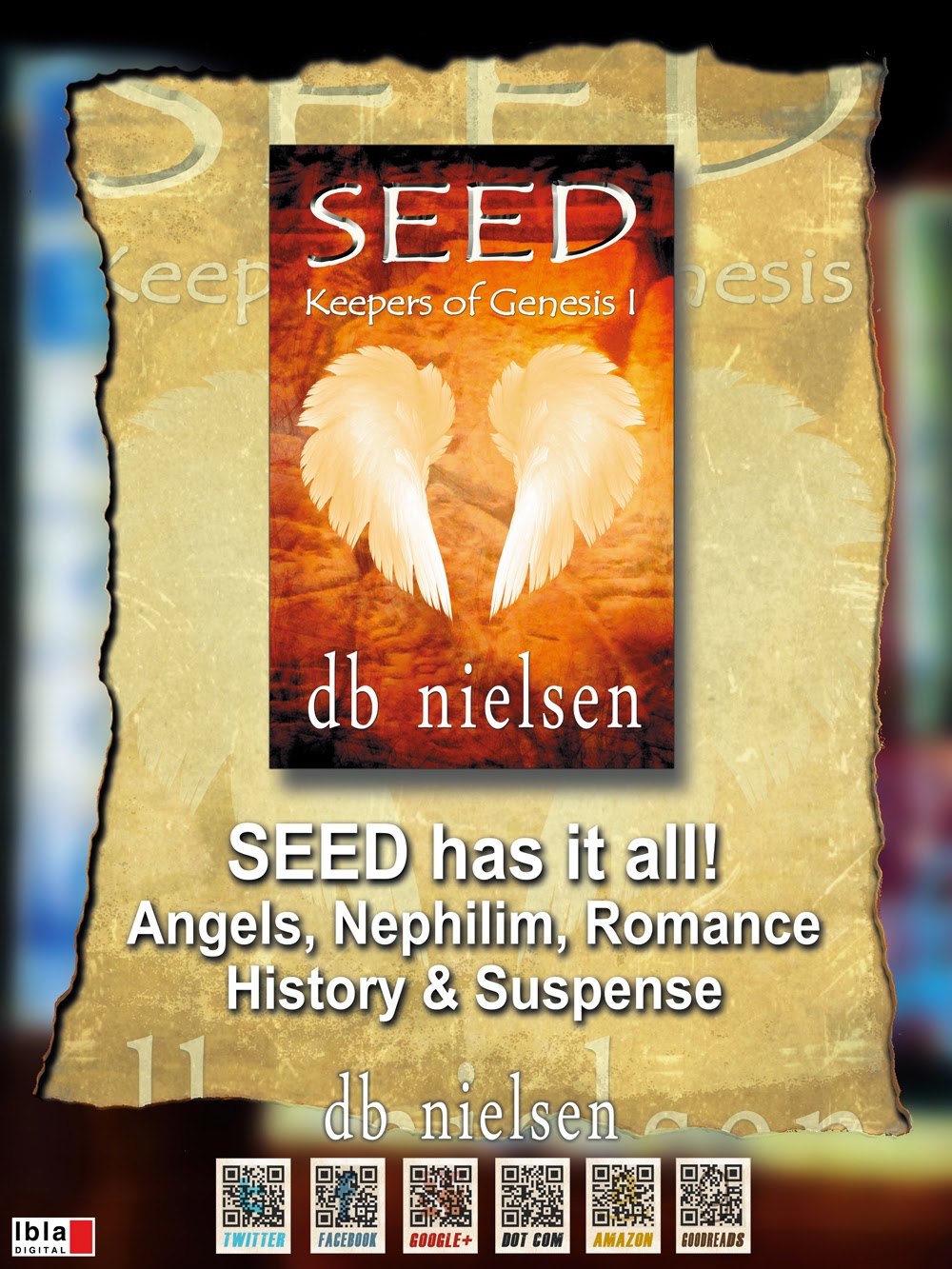 Book Description:
A powerful, hidden artefact is unearthed and, with its discovery, an ancient conflict is reignited. Seventeen-year-old Sage Woods, the daughter of an eminent archaeologist, uncovers the artefact’s disturbing secret and is placed in terrible danger.
Unwittingly, she has stumbled into an invisible war between two primordial dynasties of a supernatural order – a war in which she has a fateful role to play in a race to control the power of the SEED.
Embroiled in a quest that takes her from the British Museum to the Louvre to the Vatican Secret Archives, Sage realises that her blossoming romance with the mysterious, alluring St. John Rivers is inextricably tied to the artefact.
Up until now, St. John has managed to keep his true identity hidden, but Sage is determined to delve deeper to uncover his dark secret and his connection to the SEED.
It is a decision that will have a devastating effect on humankind…
Available at Amazon 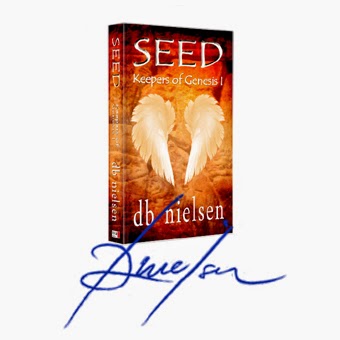 One thrilling quest, twin sisters and their sweeping and adventurous romances, a perilous rivalry, intriguing exploration of some of Western culture's greatest mysteries, a magical tale of angels and demons throughout the ages. Incorporating historical facts intertwined with myth, fantasy, fascinating esoterica and love story, SEED is a captivating read which marks the arrival of a wonderful new voice in YA and crossover escapist literature. 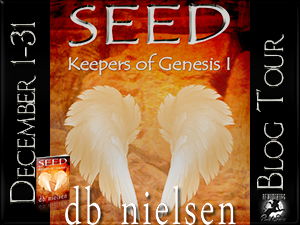 Excerpt:
I had no idea where to begin in my quest, so I decided to simply follow the path of least resistance, working my way around the exhibition. It was like a jigsaw puzzle; reconstructing pieces of the past and trying to find the bigger picture. I didn’t really know what I was looking for, I only hoped that there would be something, some tablet or bas relief, that would be able to shed some light on the artefact and, more importantly, on what I’d seen. I would have sworn that I saw it transform before my eyes in Dad’s office but I didn’t know whether I should doubt myself now. I’d only seen the artefact for a few moments and yet it had felt like it was speaking to me, imparting some ancient knowledge. Of course, I didn’t understand any of it, but I hoped to.
Because I was in a reverie, I almost missed the piece altogether. It was a tablet not much more than ten centimetres in length, containing a cuneiform inscription and a unique map of the Mesopotamian world. The symbols on the tablet were an exact copy of some of the symbols I’d seen on the artefact though a little more crudely formed.
The cuneiform inscription composed the top section of the tablet whilst, underneath it, was a diagram featuring two concentric circles. The outer circle was surrounded by triangles at what seemed to be random distances. The inner circle held more geometric symbols and cuneiforms. A rectangle in the top half of the inner circle in the centre of the tablet represented Babylon. Assyria, Elam and other cities were also depicted. The tablet and its inscription were by no means complete as it had been reassembled from the broken pieces found by archaeologists. Information was obviously missing but I was elated at finding anything that could tell me more about the artefact.
It was because I was so transfixed with my find that I initially failed to notice that I was being scrutinized from across the room. The first I became aware of it was a prickling sensation down my back, the hairs on my neck and arms raised giving me goose bumps. I turned my head round nervously, looking back over my shoulder.
He stood at a distance, a young man in his mid-twenties perhaps, taller than average. No mere accident of lighting, his slightly curly locks, the colour of polished brass, formed a halo around a face that was much too beautiful to be called handsome. The only way to describe him was golden. His skin was golden, his hair, which he wore slightly longer than was fashionable, curling into the nape of his neck, was golden and I suspected his eye colour was, if not golden, amber like mine.
When I caught him staring at me intently, he neither looked away in embarrassment nor did he pretend to know me. Instead, he continued to assess me with an unblinking, hypnotic gaze. It was I who broke contact first; flushing with embarrassment, I dropped my eyes at once.
This can’t be happening! I thought, feeling panicky. Dragging in a deep breath, my eyes skittered back to his. He was still staring at me, his indescribably beautiful face unmoved.
My heart fluttered in my chest. I didn’t know what to think – was this some random stalker or had he seen me before around the museum and couldn’t place my face, seeming familiar to him? No serial killer looked the way he did. He was dressed immaculately all in black; a pair of black trousers was topped by a fine woollen black turtleneck. He wore the sleeves rolled up, exposing his sun-kissed skin. And the black only accentuated the perfection of his face. Of course, I had no idea what a serial killer looked like, but I was fairly certain it wasn’t this golden god.
As curious as I was, I did the only thing that made sense; I ignored him – or pretended to. Deliberately turning my back on him, I tried to refocus on the tablet in front of me. But I was merely staring blankly, nothing was registering. It was all so unreal.
‘It’s not real.’ A low, attractive voice remarked by my side.
I almost jumped out of my skin, whirling to face the owner of that voice.
‘Sorry if I startled you.’ He smiled, apologetically. ‘I saw you looking at the map of ancient Mesopotamia.’ He nodded in the direction of the display case.
I blinked. He was even more stunningly golden up close. He belonged in a museum – he had the kind of face and figure that artists used as a model. Statues should have been made of this man, posing as Apollo, Phaenon or David. I almost envied him his looks; such beauty on a guy wasn’t fair.
I had been wrong about the eyes though; they were an impossible jade green flecked with gold and framed by the longest eyelashes on any guy I’d seen. He was also taller than I imagined; a good few inches above six feet. All in all, he was quite a package and way out of my league.
I somehow regained my scattered wits to stutter, ‘S-s-sorry?’
Great! Now he was going to think I was an idiot! An idiot with a stutter!
I almost groaned aloud.
About the Author:
db nielsen was born in British Hong Kong and immigrated to Australia in childhood. db likes to travel the world with family; dividing time between residing in Sydney and visits to the cathedrals, crypts and museums the world over, doing research for new projects. The author is a university lecturer in Linguistics and Semiotics, and continues to teach English Literature and Language whilst writing fiction.
Goodreads: http://goo.gl/tfpbLH
Twitter: https://twitter.com/db_nielsen
Facebook: https://www.facebook.com/db.nielsen.author
Google+: https://plus.google.com/u/0/b/115744644823758983175/+Dbnielsen
Website: https://www.dbnielsen.com/
Reviews:  https://www.dbnielsen.com/index.php/reviews
a Rafflecopter giveaway