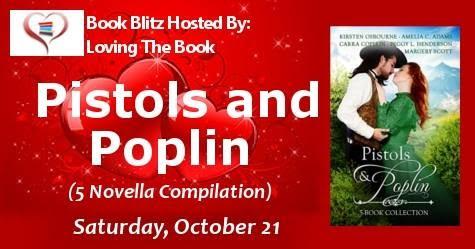 USA Today bestselling author Kirsten Osbourne knows how to write romance. Each book is an experience that transplants the reader, indulging them in decadence, intense emotion and sweeping love.


Hailing from the state of Wisconsin, she has lived in Texas for over thirty years as a mother, writer, and wife. Married to the love of her life for more than fifteen years, she knows that true love exists and shares that vision with the world.


She writes contemporary and historical romance as well and also ventures into the realm of paranormal romance. She invites you to join her in her world of fantasy, love, and make believe, no matter the location, where there is always a happily ever after at the end. 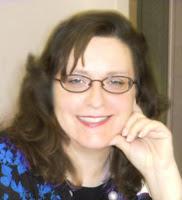 Amelia C. Adams is the author of twenty-five sweet Western romance novels, the mother of four children, and the eater of chocolate cake and tacos. Many tacos. Too many tacos to count. Because cheese. And meat. Meat and cheese.
She has hit the Amazon bestseller list three times and has the screenshots to prove it. Even though she’s only been publishing Westerns for two years, she plans to do it forever and ever, or until the cows come home, whichever happens first. She credits her own pioneer heritage for this new interest, and is glad that she doesn’t have to wear twelve petticoats to be considered modest. 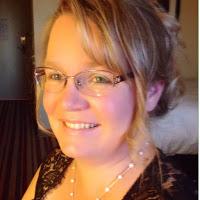 Peggy L Henderson is an award-winning, best-selling western historical and time travel romance author of the Yellowstone Romance Series, Second Chances Time Travel Romance Series, Teton Romance Trilogy, and the Blemished Brides and Wilderness Brides Western Historical Romance Series. When she’s not writing about Yellowstone, the Tetons, or the old west, she’s out hiking the trails, spending time with her family and pets, or catching up on much-needed sleep. She is happily married to her high school sweetheart. Along with her husband and two sons, she makes her home in Southern California. 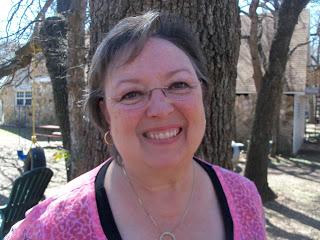 Carra Copelin is an award winning and Amazon Best Selling Author in contemporary and historical romances but, unlike so many other authors, didn't write from childhood or read long into the night beneath the covers with a flashlight. She found romance novels as an adult. After reading about a million, she discovered numerous people residing in her head, all looking for a way onto the printed page.
She's a member of Romance Writers of America and Past President of Yellow Rose Romance Writers, plus she regularly contributes to romance blog, Smart Girls Read Romance. She is a member of The Daughters of the American Revolution and The Daughters of the Republic of Texas.


Carra and her hero live in North Central Texas, in the Dallas-Fort Worth Metroplex where they enjoy family and their three beautiful grandchildren. In addition to writing and researching with her fabulous critique partners, she enjoys playing Bridge, working on crochet projects, and tracking down relatives through genealogy. 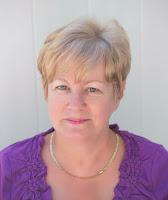 A transplanted Scot, Margery now lives on a lake in Canada.


Although she grew up as far away from the old west as possible, she’s always had a love affair with the men and women who settled the untamed land west of the Mississippi. Glued to TV westerns like Maverick, Rawhide and Gunsmoke, and reading stories of Annie Oakley, Roy Rogers and Rin Tin Tin, it was only natural that when she started writing, she wrote what she loved to watch and read. When she’s not writing or travelling in search of the perfect setting for her next novel, you can usually find her wielding a pair of knitting needles or a pool cue.
Connect with the Author here:
~ Facebook ~ Website ~ Blog ~ Twitter ~


No one wants to employ Doris Miller, and no man is interested in her. Traveling two-thousand miles across country to marry a stranger may seem strange to some, but it’s the answer to her troubles.
Harvey Butler’s children are the scourge of the town of Salmon, Oregon. When one of the women of the town insists he needs a bride, he’s certain he could never find someone willing to marry him. When he receives a response from Doris Miller, he’s convinced it will be a marriage of convenience, and they will simply coexist. Will Doris be able to change his mind about his future?


The Risk and the Reward by Amelia C. Adams


Sybil James has worked her way up and is now employed as the ladies' maid for Lady Douglas, a wealthy woman of distinction. When Lady Douglas decides to travel to America to visit her son, she gives the girl a chance to see the world and experience things she could only dream about before.
Grant Douglas is enjoying his life as an American businessman, all the while knowing that he'll eventually return to England to run the family estate. Circumstances force his hand early and he must drop everything to set things to rights--one of those things being the stewardship of a lovely young ladies' maid who finds herself without a home.
Two very different worlds collide . . . two hearts must decide what it is they most want.


Emmeline: Bride of Arkansas by Carra Copelin
Emmeline Weidner was left at the altar by her intended. Seeking to heal her bruised feminine ego, she moves in with her sister. While learning to cope with her new life, she discovers she isn’t content to live the life of a spoiled society woman. Can she let go of her newfound independence when the right man comes along?
Lincoln Bass returns to Flat Rock Point, Arkansas a year after the accident that almost cost his life. His former employer has asked him for help at the lumber mill. He is apprehensive, but feels he owes the man who saved his life. Then he crosses paths with the most delectable, yet bewildering female he’s ever encountered.


In His Thoughts by Peggy L. Henderson
Assigned to a position in the newly formed Yellowstone National Park, life seems like it couldn't get any better for Ben Ferguson. But patrolling for poachers is fraught with danger, and he soon finds his future looking bleak. Images of a blue-eyed guardian angel are the only thing he has to pull him from the edge of death.


Crazy. Worthless. Demon-possessed. Clara Youngblood has been labeled many things by people who cannot understand the challenges she must confront every day within her own mind. When all seems dark, a glimmer of hope appears in the form of a retired soldier.


Ben and Clara wouldn't have chosen the circumstances that brought them together, but they soon discover their importance in rescuing each other.


Chloe Taggart has one goal—to leave Rocky Ridge as soon as possible and see the world. She has no intention of ever being under a man’s thumb, and she has no desire to spend her life cooking and cleaning when she could be sailing the Pacific or touring ancient Greek ruins.


Even though Austin Hayward is content with his life on his ranch, it would be perfect if he had a wife to share it with. Unfortunately, there is only one woman he’s interested in marrying—Chloe Taggart. Chloe and Austin have known each other for years, but she’s never looked at him as anything more than a friend.


When Chloe’s father loses his diner to Austin in a poker game, Austin makes her a proposition—her father will get his diner back, and Austin will get Chloe."


Note: the formatting issues mentioned by some of the reviews have been corrected, and we apologize! :)

Snippet #1:
Flat Rock Point, Arkansas, 1892
Lincoln Bass glanced around the area of the train depot. From this vantage point on the platform, the town looked much the same as it had when he’d left. The bulk of the businesses and homes sat on the eastern side, the lesser developed side lay off to the west, with the tracks and station slicing through the middle. The entire town was surrounded by timberland made up mostly of pine trees.
What, the hell, am I doing back here?
He’d asked himself this question repeatedly, since he’d received the telegram from his friend and left his home in Little Rock yesterday. But, he knew the answer. He owed Griffin Benning for the very air he breathed and would do anything the man needed to thank him for saving his life. Suddenly, the memories of the accident last year, still too fresh, flooded his mind, and the breeze chilled his body through his sweat-soaked shirt.

Energized after shedding the heavy jacket, Emmeline quickly came out of her bodice and skirts all the way down to her camisole and drawers. She hadn’t felt this carefree since they’d left Philadelphia. Despite the fact she was a grown woman of twenty and a lady, she waltzed about the room, while singing, In the Good Old Summertime. After the last twirl, she bent over to pick her skirt up off the floor.
She heard the door open, and said, “Oh, good, you haven’t gone downstairs yet. I could use some extra hangars.”
When silence greeted her, she turned and sucked in so much air she nearly strangled on her own spit. Coughing and trying to breathe, she covered herself with the deep lavender linen. A tall, sturdy man with a thick chest and broad shoulders filled the doorway. He stared at her but didn’t say anything.
After a few seconds, she found her voice, and finally managed, “Good golly, who are you?”

2 - I tend to use our family names for my characters. Emmeline, Adeline, and Peter Weidner are names of my husband's family from mid-nineteenth century Philadelphia. Laurel is named for my husband's father, who was from Arkansas.

3 - Griffin Benning, in both Bride of Arkansas books, is a cousin to Ian Benning in my Brides of Texas Code Series.