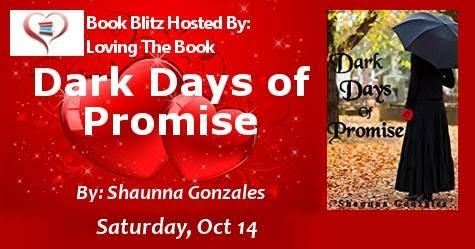 Shaunna Gonzales currently resides with her family in the greater Seattle area. Married over thirty years, her role as wife and mother of four continue to be her priorities.
A storyteller in her youth, she endevored to extend her love of stories to the written word and in 2005 began to write her first novel. Though that manuscript will remain buried, she has continued to learn. 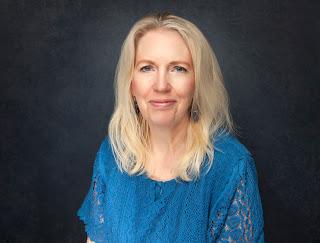 Once told by her doctors that she would never leave her wheelchair -- due to her Multiple sclerosis. It has been tucked in a closet while she continues on. (In other words muddles on.)


Shaunna has worked as a professional reviewer for InD'Tales eMagazine for three years. In 2012 she also served as the vice president of Moonwriters, the on-line chapter of American Night Writers Association (ANWA She prefers to write romantic fiction and has ventured into the romantic suspense, and time-travel genres. Her debut novel, Dark Day s of Promise was released by Desert Breeze Publishing in 2012 re-released 2015.
Although she prefers to spend her days writing, she is willing to share what she has learned from the school of life and is often found "giving back."

Thirty-four year old Vicki Laramie must learn to trust before she can love, but she might die trying. 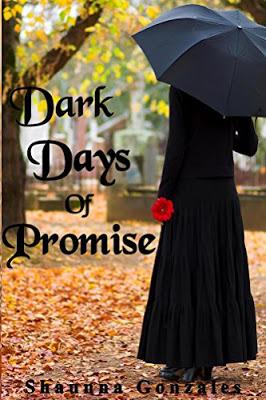 While Vicki’s children grapple with the death of their father -- a man whom she’s successfully fabricated as loving, a lie her rebellious teenager recognizes -- she must find a way to support her family and find a role model for her boys. She never intends to fall for Staff Sergeant Chase, her best friend’s son, who suffers from Post Traumatic Stress Disorder (PTSD). She’d much rather choose a safer man to love, but her children have a voice in the decision she makes. With two deaths to deal with, a suitor after her money, a rebellious son, and Sergeant Chase’s repeated attacks, she can only hope to survive the danger she faces. If she doesn’t, her children will be left without either parent.


Come Join the tour for a chance to learn more, see reviews and get another chance to win prizes!
JOIN HERE


Was he telling me the truth about Carter calling? I wasn't sure. The reality of whether or not I'd survive the night and claim I'd made the right choice to accept a ride from such a dangerous man was, as of yet, to be determined. A fierce battle raged within me. Although grateful for the ride, and the warmth of his Jeep, a cold shudder of terror slithered up my spine every time he glanced my direction. The locked door added to my apprehension. Cold overwhelmed me again.


He exercised a considerable amount of care in adjusting the army blanket higher across my chest with one hand. His warm hand brushed against my skin. I flinched, wanting to scream, but managed to keep it in check, in all honesty because I couldn't ... The phantom pressure of his hands lingered at my throat.


It seemed incomprehensible. I'd once thought him in need of my comfort, only to have him turn on me, becoming a killer. Never, if I lived forever, would I forget the coldness in his eyes at the moment I knew I'd die. The memory of his eyes, the cold purposeful reflection of them, caused me to shudder. I couldn't bring myself to look at him. Would his seeming gentleness be absent, replaced instead by the killer I knew existed behind the veil of concern for my well-being? Though good-looking, he'd proved beyond dangerous -- he'd proven deadly. He'd held my life in his hands. The option of my continued breathing his choice and his alone. I wasn't at all sure by what fate I continued to breathe and feared it had been a calculated move on his part to heighten my terror. He'd measured me well if such were his intentions.


It required a firm determination on my part to remain calm. In the subconscious recesses of my mind, I considered myself his prisoner. Distrust replaced my calm acceptance of his explanation of finding me with emphatic surety. I tried in vain to calm my instincts to run should the opportunity present itself.