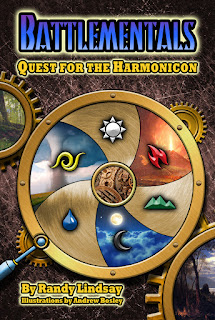 Chase Freeman is a boy with a heart for adventure stuck living in dull Drifter Flats. The only exciting thing that ever happens in his small town is Eclipse Day and even that isn’t enough for Chase—until he sees the strange ball of light streaking across the sky. Enlisting his best friend Jordan, her little brother Luke, and Harlan the smartest boy in school, they follow the light to an American Indian medicine circle. Drawn into the middle of it, the four friends are suddenly teleported to the Battlementals dimension along with the school bully Brendan and his friend Lena.


Once there, they find an elemental people desperate for them to accept the grand quest to save the universe. A deadly alliance has pulled it out of balance and, soon, everything will vanish altogether. Friends and enemies will have to find a way to work together to assemble the Harmonicon, defeat the Salt Giant, and find their own undiscovered abilities that will help them complete their quest. But when dark secrets are put in the wrong hands, their mission unravels and time is quickly running out. As the universe systematically starts to disappear, Chase and his friends race to put all the elements they’ve gathered together, but will it be too late to save it? 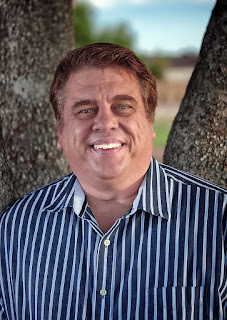 RANDY LINDSAY is a world traveler. Which sounds impressive until you realize the worlds he visits exist only in his mind and on the pages of his novels. He claims to prefer this method of sightseeing because he can stop at any time, go to the kitchen, and indulge his ice cream addiction. When he isn't busy making things up he likes going to movies with his wife to watch what other people have made up and plays board games with his children who are in the habit of making up the rules as they go along.

Battlementals: Quest for the Harmonicon is Randy's third published book and the first in a series of stories that take place in the Battlemental universe. He switched to writing full time in 2011 and has had two novels published through Bonneville Books.

His journey as an author has been an exciting one, full of unexpected discoveries. One of those being the decision to focus more of his writing on middle-grade fantasy. The fact that the style feels more natural to Randy might be an indication that he is really just a kid at heart.

The second unexpected discovery was that he enjoyed marketing. Book signings, writing workshops, and podcasts about storytelling all gave him opportunities to discuss what he loves with others who share the same interest. This combined with the decision to write middle-grade stories led to his development of C.A.S.T. (a program intended to show children and teens how to incorporate storytelling into their everyday lives).


10. Folk of the Fringe by Orson Scott Card

9. The Postman by David Brin

5. The White Mountains by John Christopher

2. A Princess of Mars by Edgar Rice Burroughs

Then something weird happened.
Even though the tree continued to scream, it sounded far away and kind of wobbly. Chase scrambled to his hands and knees. The tree, the bug-covered Sabers, and the saber leader shimmered like a reflection on a pond after a pebble has been tossed in.
The longer Chase watched, the more wobbly the tree sounded and the more wiggly the scene in front of him looked. A quick glance around showed that he and the other champions appeared the same as they always had. Whatever was happening wasn’t affecting them.
Whisper flitted from spot to spot, changing shape so fast that Chase couldn’t make out what it looked like from one moment to the next.
When he turned his attention back to the battle, everything in front of him looked smudged, like a giant eraser had been rubbed across the tree, the Sabers, even the grass. The longer he watched, the more all of it thinned and faded, until finally nothing remained.
Chase had a brief flash of a blank spot in the world where the tree had been standing and then the ground popped back into place. The tree, the leaves, the Sabers, and the bugs were all gone. Only a large circle of yellowish-green grass existed.
Disruption.
Chase looked at Whisper, remembering Proteus had mentioned the word. “Is that what’s going to happen to Earth?”
Yes.
“Is that what’s going to happen to us?’
Yes.
Having a strangely-dressed old man tell him the Earth was going to be destroyed was one thing. Actually watching a part of the universe disappear was another. The other champions stared at Chase. Lena’s eyes were big and round. Jordan nervously held Luke close to herself.
“Does this mean what I think it means?” asked Harlan.
“It does,” said Chase, “if you think it means we’re in really big trouble.”