The Undead Must Die 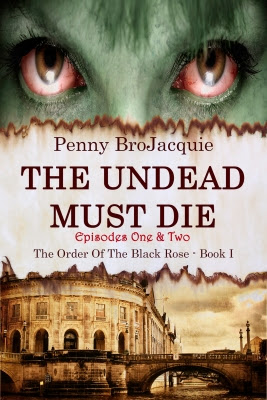 Floriana is a seemingly ordinary art student, until an exciting opportunity to study ancient Greek relics introduces her to long-held secrets and shockingly dangerous truths.
Her life becomes altogether extraordinary when a seemingly benign morning excursion transforms into an agonizing race across Europe to save humanity. Soon, she must work against the clock to recreate an antidote to save mankind before nostalgic Nazi militias make good on their plan to create a legion of superhuman zombie-soldiers that will wreak havoc on mankind.
As the heir apparent to a family of masterminds, Floriana is the only one capable of thwarting their efforts, but first she’ll come face-to-face with black roses, presumptive killers, and mysterious sects.
With the fate of the world in her hands, can an inexperienced and clumsy art student create an antidote before it’s too late?
Find out in this adrenaline rushing, young adult thrill ride, chock full of espionage, conspiracy theories, spies, and zombies!