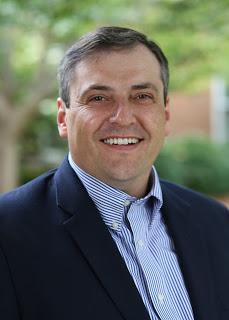 Brandon Gray is the pen name of Braden Bell (Brandon writes YA fiction; Braden writes for middle grades). Braden holds a Ph.D. from New York University. He and his family live on a quiet, wooded lot in Tennessee, where he teaches middle school theatre and music. An experienced performer, Braden enjoys reading, gardening, and long summer afternoons writing in his hammock. His most notable skill is being able to eat a full rack of BBQ ribs with one hand on long drives.

A heartless monster; an innocent girl. He holds her life in his paws, but she holds his soul in her hands. 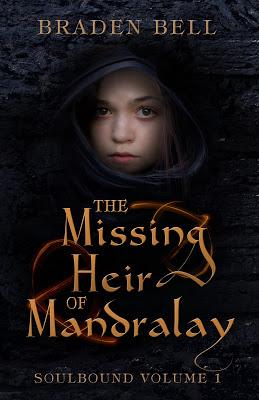 Twelve-year old Tallie knows she shouldn’t break Mother Kyraisa’s rule and summon the lights again. But she does it anyway. When Mother Kyraisa catches Tallie, the ancient nun evacuates the orphanage, ordering it burned immediately. She then crams Tallie into a lead-lined coffin and flees into the desert, whipping the horse the whole way.

With no memories, no heart, or even a name, X is a monster. Fiercest of the Bestials, his predator’s instincts are controlled only by powerful spells binding his life to the Regent’s will. When a flash of apostate magic betrays the hiding place of the late Queen’s daughter, the Regent dispatches X to kill the child—her niece and the long-hidden heir to the throne.Following the child’s magic, X tracks Tallie to her hiding place. He prepares to kill her, until Tallie surprises him with a sincere request for help.Tallie’s innocence and trust awaken a small spark of humanity inside X, and he tries to help her. But he remains a monster, bound by instinct and unbreakable oaths. Helping Tallie triggers a ferocious battle, as X fights his primal nature for her life—and his only hope of redemption.Meanwhile, Tallie grapples with the tragedy of her past and her identity as crown princess. As royal heir, Tallie finds access to immense power—enough to destroy her enemies, but possibly her own soul as well, turning her into a monster far worse than X.

Snippet:
X touched the oathchain at his neck. It flashed, triggering twenty-four smaller flashes in the darkness of the vast cavern. Following the flashes, shadows took form and dropped down onto the platform.
When two-dozen hooded shapes stood on the platform, X looked up into the cavern. “The rest of you sleep.” He turned to those he had called. “We go to destroy the regent’s enemies. With a tap on his oathchain, the regent’s words sounded in the minds of the others. They nodded, crossing their chests with their right arms. “We accept our oaths,” they chanted.
“Then come,” he said.
The first Bestial saluted X, then dropped his cloak and stepped forward. The dim torches turned him into a silhouette, shadows concealing everything but the outline of a muscular human form. He ran toward a long ramp at the far end of the platform. At the ramp, he pulled his head back and roared, opening some deep and feral cavern within. He threw himself to the ground then pulled himself to the ramp, sliding on his belly as the change began. Fingers hardened and curled into long black talons. His face stretched forward, projecting into a long, pointed mouth: two powerful jaws ridged with sharp teeth. The skin above his waist grew thick and scaly, covering his body with leathery green plates.
At the bottom of the ramp, he swished a long tail, beating the still, black water before disappearing beneath the surface. More men followed, each transforming into a crocodile from the mid-thigh up. The water boiled with snapping jaws that could break spear shafts, thrashing tails that could smash legs, and teeth sharp enough to pierce chainmail. Monsters with primal brains engorged with bloodlust, unfamiliar with pity or mercy.
X followed the others, sliding down the ramp and submitting to the change. First came the pain, which scoured and burned, purging away weakness and hesitation—and any remaining humanity.
His stomach scales scraped the stone ramp. Countless claws over the years had scraped deep gouges on each side; countless bellies had rubbed the stones smooth.
After pain came the power: the soaring thrill of strength, the euphoria of feeling thunder trapped inside muscles.
X slid into the churning water, shoving the other Bestials out of the way. He opened his long mouth, tore at the air with long teeth, then roared and dove beneath the water.
At the bottom of the pool, a swish of his powerful tail swept him through an opening, into a long stone tunnel. At the end of the tunnel an iron grate shrieked as it rose.
X shot through the opening, leaving the stale water of the castle and slicing into the wild, living currents of the river.
Fish swam past and a current pushed against him. The feet of ducks paddled above, just beneath the surface.
X noticed everything around him, but none of it mattered. With their oathchains quickened, the Bestials had one objective, one overwhelming urge: kill the regent's enemies. The regent's magic wrapped this command into the deepest parts of their minds; they would execute their orders with the physical power of a monster, the intelligence of a human, and unchangeable, undeniable instinct. They would kill as a fish swims and a bird flies.