Today's post is about the exciting conclusion to The Dream Keeper Chronicles.
When the nightmare king escapes into the world of Awake, it is left to Gladamyr and his teen bonds, Parker and Kaelyn, to stop him. They must return Mares back to Dreams before the barrier between the two worlds crumbles and darkness reigns forever. But to do so, Parker and Kaelyn must heal broken friendships and unite an army of children who are brave enough to conquer their fears.


EXCERPT
"The world was ending. Parker knew it. The ground shook. The sky blazed with fire. A strange mixture of laughter and screaming filled his ears. He held Kaelyn tight against his bare chest. Her warm tears dropped onto his skin.
They had failed.
It had been their task to stop Mares from escaping. Now, all hope was lost. Allyon had been killed and the prison had been undone. The barrier separating the world of Dreams from the world of Awake would soon crumble.
The ground split open with a tremendous crack. Kaelyn dug her shaking fingers into Parker’s skin. He suppressed the urge to cry out. The ground shifted and Parker opened his eyes. Purple lava bubbled out of the once-hollow graves. Worms and zombies wriggled in the liquid as it dissolved their bodies. An acrid smell stung Parker’s nose as a black mist surrounded them.
Someone screamed.
“Zelda!” Kaelyn cried, reaching for her aunt who was now sliding with Dr. Gates toward the edge of a vast ravine.
Parker called upon his stone magic. A shelf of granite collided with the couple, halting their fall. Zelda and Dr. Gates held onto each other as Parker tried to steady the stone slab.
“Gladamyr,” Parker called. “I can’t hold it much longer.”
With a nod, Gladamyr stretched out his arms. They shifted longer and longer until they wrapped around Kaelyn’s aunt and Parker’s psychiatrist. The Dream Keeper then pulled his bonds to safety. Parker let go his hold on the stone slab, and it toppled over the side of the ravine.
A deep laugh boomed.
Parker felt his bones shake with each guttural roar. The form of Mares was almost complete. The nightmare’s skeletal body was now being covered in the charred remains of worms and zombies. They leached to Mares like a writhing black skin. It churned Parker’s stomach to look at this monster.
The purple lava snaked its way from the graves and deep ravines. It hissed as Mares slurped the liquid into his body, adding bulk to his thin frame. Bones cracked as Mares overextended, and two dragon-like wings unfurled from his back. He stretched them wide and Parker was reminded of Chernabog in Disney’s Fantasia. The cute Disney demon was nothing compared to Mares, who was raw and poisonous. To look at him was to recall every childhood nightmare.
“AHHH!” Gladamyr cried out. He was jerking back and forth as if being dangled from a string. “He wants me to join with him. He needs me.”
“No!” Cerulean shouted. “Fight him! Don’t give in!”
Gladamyr shook uncontrollably. “He’s too strong.”
“You’re stronger! Now, fight it!” Cerulean wrapped her arms around Gladamyr and unfurled her wings. Gladamyr let out another cry, but she held on tight. A blast of light swirled about her and then formed a protective cocoon around her and Gladamyr. Parker watched Gladamyr slump to the ground, the invisible string cut.
Mares let out a deafening roar. He brought down his giant wings and Parker found himself falling back. His elbow smashed into the rocky ground, and Kaelyn fell on top of him. The pain in his arm was nothing compared to the pressure in his head. Mares shrieked as he lifted his black body from the earth. He flew upward and pounded against the fiery sky as if it were a shell. It cracked with blue electricity.
The sound of shattering glass tore through the fire’s rumble.
The nightmare king let out a triumphant howl.
The sky began to fall.
It was beautiful and frightening all at the same time.
Millions of tiny stars shot toward the ground. They slammed into headstones and naked trees, dissolving them like acid. The fire in the sky disappeared, replaced with an electric wonder. Purple swirls of light and blue lightning boomed above. Mares reached out a hand and an opening appeared.
The nightmare spread his large dragon wings and flew through the gap.
The tear shrank. The brilliance dimmed. The sky turned black." 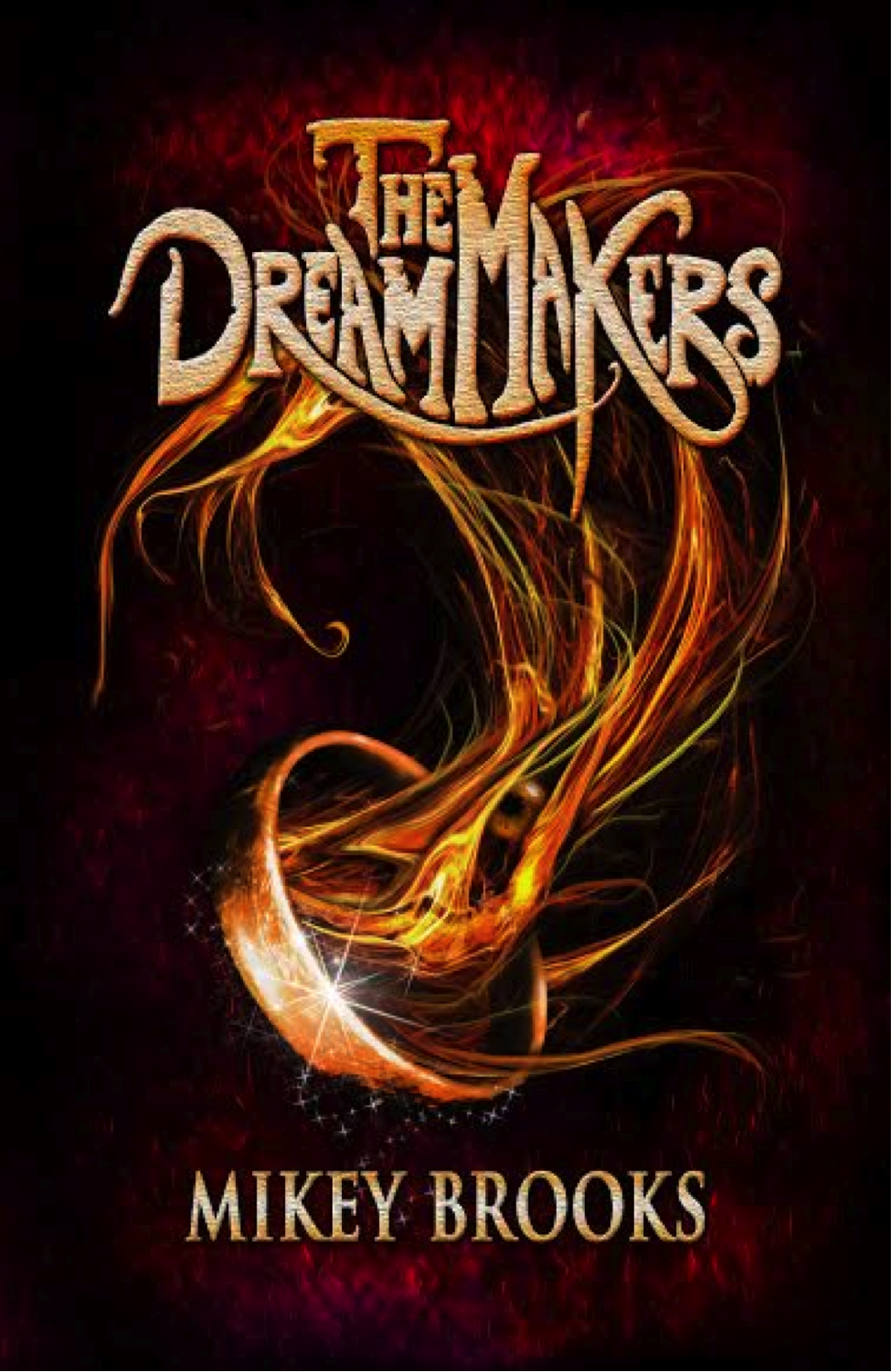 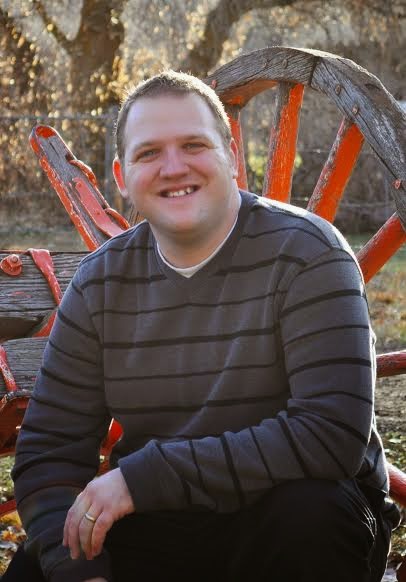 Mikey Brooks is a small child masquerading as an adult. On occasion you’ll catch him dancing the funky chicken, singing like a banshee, and pretending to have never grown up. He is an award winning author of the middle-grade fantasy adventure series The Dream Keeper Chronicles. His other middle-grade books include: The Gates of Atlantis: Battle for Acropolis and The Stone of Valhalla. His picture books include the best-selling ABC Adventures: Magical Creatures, Trouble with Bernie, and Bean’s Dragons. Mikey has a BS degree in English from Utah State University and works fulltime as a freelance illustrator, cover designer, and author. His art can be seen in many forms from picture books to full room murals. He loves to daydream with his three daughters and explore the worlds that only the imagination of children can create. As a member of the Emblazoners, he is one of many authors devoted to ‘writing stories on the hearts of children’ (emblazoners.com). You can find more about him and his books at: www.insidemikeysworld.com. 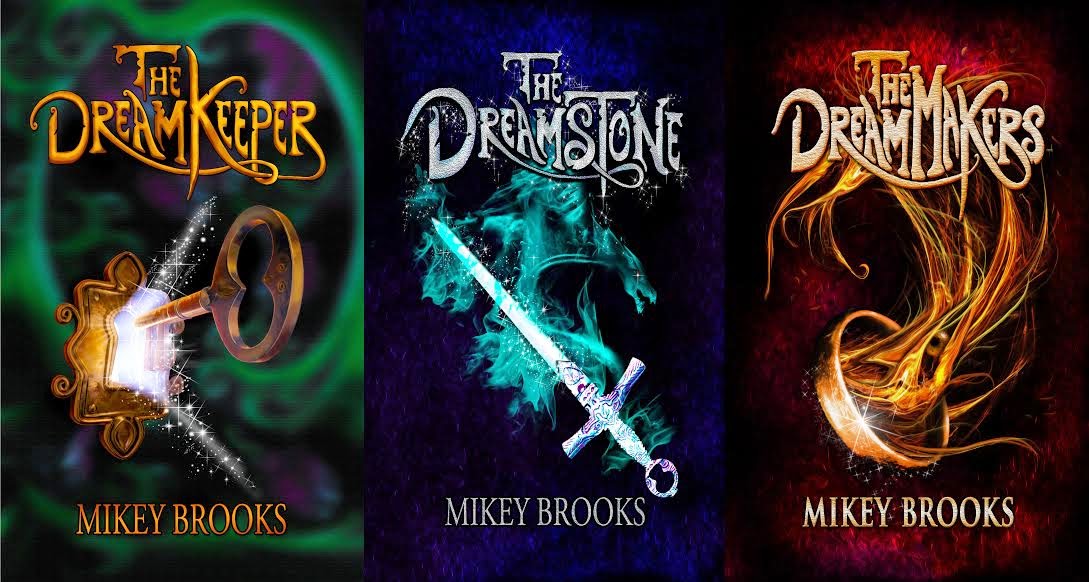